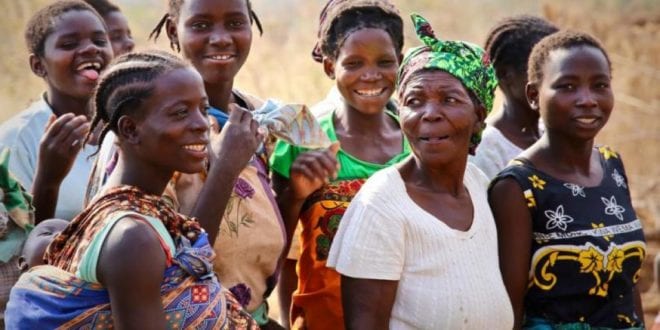 “Multiculturalism” is one of those words that is often bandied about with very little thought as to what it actually means. Being a multiculturalist does not mean that one finds something of value in other cultures.

It means that one considers all cultures to be of equal merit and that cultural values and practices become beyond reproach simply because they are cultural practices.

Like many things that the left pushes, multiculturalism is not a good faith position.

No one, for example, argues in earnest from a position of multiculturalism that Confederate monuments ought to remain standing because they are a part of Southern culture, writes Sam Jacobs, lead writer and chief historian with Ammo.com, and is the driving intellectual force behind the content in the Resistance Library.

One demonstration of the proof that these values are objectively superior is that “people vote with their feet”, as Dr. Jordan Peterson points out:

“The fundamental assumptions of Western civilization are valid. Here’s how you know: Which countries do people want to move away from? Not ours. Which countries do people want to move to? Ours! Guess what, they work better. And it’s not because we went around the world stealing everything we could get our hands on. It’s because we got certain fundamental assumptions right – and thank God for that.”

Multiculturalism: Indeed, those most loudly touting the multiculturalist line are those least respectful of the cultural norms and mores of Appalachia, South Boston or Deer Lodge, Montana.

Multiculturalists are quite vocal about their distaste for the cultural practices of unwoke whites, and this distaste is by no means limited to outbursts of violent racism.

See, for example, the current cultural jihad against debutante balls in the American South.

What’s more, the multicultural appreciation of other cultures tends to be very shallow and performative. The affluent and educated like to “travel,” but largely spend their time cooped up on resorts or at pubs and restaurants catering to tourists such as themselves.

One can scarcely get ten seconds into a conversation about immigration without hearing a multiculturalist moan about who will make our tacos.

Much rarer is the person who speaks Arabic, has read Proust in the original French, or has spent a summer living with a Cuban family in Havana. The average multiculturalist generally doesn’t even know the capital of Zimbabwe or the chief export of Vietnam.

There is certainly much to appreciate about and learn from other cultures, but the same types of people touting multiculturalism are generally opposed to this, lambasting it as “cultural appropriation.” Whites, we are told, are not allowed to have dreadlocks or wear hoop earrings.

No word on whether or not non-whites are allowed to get vaccines or fly in airplanes, but we do see a growing consensus among the left that “there’s no such thing as white culture.”

Multiculturalism must be understood for what it really is: it is a form of weaponizing the Western sense of “live and let live” and fair play for the purpose of subverting and attacking that culture.

One manifestation of this phenomenon is the No Go Zone, a place where law and order has broken down and the area is effectively governed by parallel powers openly hostile toward Western cultural norms.

No Go Zones happen because those in power don’t believe in the primacy of Western cultural values, and don’t want to insist on those values being “imposed” on newly arrived immigrants from other cultures. They selectively celebrate multiculturalism in their own country, even when those cultures are acting in ways they find abhorrent in their home town.

Whether or not Western values are “superior” to other value systems is entirely reliant upon what one considers to be the ideal results for a society. Honest and good people have disagreements on this topic. However, we believe that in the West, there is a general, broad agreement on what constitutes a “good” result for society best summed up by two principles: freedom and fairness.

Freedom and fairness are, in fact, two ideas that are in tension with one another because they are often mutually contradictory. What makes one man free might be unfair in a meaningful sense to another. Indeed, the left-right spectrum in the United States and the Anglosphere might be described as the Party of Freedom (for example, the Republicans) versus the Party of Fairness (in this case, the Democrats).

Both of these values are important to everyone to varying degrees. The resolution of this tension – drawing the line at some point between fairness and freedom – is effectively what our entire civilization is about. It is about maximizing results for the greatest number of people, creating a society that is as fair as it can possibly be while minimally infringing on the rights of individuals.

Previous Cultural Superiority Isn’t Racism: Why Western Values Underpin the World’s Best Countries
Next The 1960’s Multiculturalism is a Marxist invention that crush Western values in the West