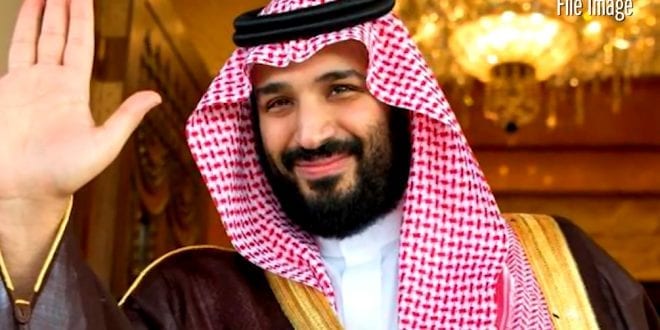 This is the question that crops up when one considers the largesse that human-rights-abusing Saudi Arabia bestows on the leading universities — those putative bastions of progressive, free thinking — in the United States, writes Raymond Ibrahim, Middle East scholar, author of Sword and Scimitar: Fourteen Centuries of War between Islam and the West, and a regular contributor to The Herland Report.

It seems clear that Saudi gifts to institutions which they openly preach hate against — in this case, universities in the liberal West — are meant to mold perspectives and produce future leaders.

In other words, they seem to be bribes meant to win over those in the West who are best positioned to criticize and expose things about Islam and its greatest sponsor, Saudi Arabia.

According to a recent report in the Daily Caller, “elite U.S. universities took more than half a billion dollars from the country [Saudi Arabia] and its affiliates between 2011 and 2017.

Saudi Arabian interests paid $614 million to U.S. universities over a six-year period, more than every country, but Qatar and the United Kingdom.”

What would cause Saudi Arabia, which represents much that is regressive — from having elite units dedicated to apprehending witches and warlocks, to legitimizing pedophilia — to become a leading financial supporter of America’s liberal arts?

Certainly, it is not because the Saudis are randomly lavish with their money and award gifts to all and sundry. Reports often criticize citizens of the kingdom for being “stingy” and not spending on worthy and humanitarian causes.

“These gifts and contracts,” the report continues, “in some instances, are intended to influence students’ and faculty experts’ views on the kingdom.”

While this explanation may make sense to Western sensibilities which tend to think only in terms of nation-states, in reality, Saudi Arabia is influencing “views” on Islam.

Much of this has to do with the desert nation’s unique place in Islam: Muhammad and Islam were born in what is today “Saudi Arabia,” making Peninsular Arabs the descendants of Islam’s first Muslims, who conquered much of the post-Roman Christian world in the seventh century, transforming it into the Muslim, Arab-speaking world (see Chapters 1, 2, and 3 of Sword and Scimitar).

Walking in the footsteps of their Arabian forefathers and prophet, they seek to empower and spread Islam.   That is, after all, the widely believed reason why Allah bestowed so much oil wealth beneath their feet: for them to use it to resuscitate Islam’s glorious heritage and their role as leaders.

The importance of Islam to Saudi Arabia — and vice-versa — is well captured on the website of the Saudi embassy in Washington DC:

“For centuries the people of the Arabian Peninsula have possessed a strong identity based upon the tenets of Islam. Saudi Arabia… adheres to Islam, honors its Arab heritage and tradition, and presses vigorously forward in the service of Islam… The Kingdom of Saudi Arabia is the heartland of Islam, the birthplace of its history, the site of the two holy mosques and the focus of Islamic devotion and prayer. Saudi Arabia is committed to preserving the Islamic tradition in all areas of government and society….. The Holy Qur’an is the constitution of the Kingdom and Shari’ah (Islamic law) is the basis of the Saudi legal system.”

That Saudi Arabia’s identity is “based upon the tenets of Islam; ” that it “presses vigorously forward in the service of Islam,” and that the “Qur’an is the constitution of the Kingdom, and Shari’ah (Islamic law) is the basis of the Saudi legal system” — should all make clear that the Saudi worldview is antithetical to the spirit of Western liberal education.

Capital punishment in the desert kingdom still takes place (as seen in this video of a hysterical woman being incrementally beheaded); child-marriage and slave-like conditions are rampant.

“Apostates” are persecuted and sometimes sentenced to death; churches and other non-Muslim houses of worship are strictly banned, and Christians quietly worshipping in their homes are regularly arrested, imprisoned and tortured.

Saudi Arabia even has online a fatwa, an Islamic-sanctioned opinion — in Arabic only— entitled, “Duty to Hate Jews, Polytheists, and Other Infidels” (my translation here). It comes from the fatwa wing of the government, meaning it has the full weight of the government behind it.

According to this governmentally-supported fatwa, Muslims — that is, the entire Saudi citizenry — must “oppose and hate whomever Allah commands us to oppose and hate, including the Jews, the Christians, and other mushrikin [non-Muslims], until they believe in Allah alone and abide by his laws, which he sent down to his Prophet Muhammad, peace and blessings upon him.”

To prove this, the fatwa quotes a number of Koran verses that form the doctrine of Loyalty and Enmity — the same doctrine every Sunni jihadi organization evokes to the point of concluding that Muslim men must hate their Christian or Jewish wives (though they may enjoy them sexually).

These Koran verses include: “Do not take the Jews and the Christians for your friends and allies” (5:51) and “You shall find none who believe in Allah and the Last Day on friendly terms with those who oppose Allah and His Messenger [i.e., non-Muslims] — even if they be their fathers, their sons, their brothers, or their nearest kindred” (58:22; see also 3:28, 60:4, 2:120).

After quoting the verses, Baz reiterates: “Such verses are many and offer clear proofs concerning the obligation to despise infidels from the Jews, Christians, and all other non-Muslims, as well as the obligation to oppose them until they believe in Allah alone.”

It seems clear, then, that Saudi gifts to institutions which they openly preach hate against — in this case, universities in the liberal West — are meant to mold perspectives and produce future leaders.

In other words, they seem to be bribes meant to win over those in the West who are best positioned to criticize and expose things about Islam and its greatest sponsor, Saudi Arabia.

In this, the Saudis are simply following a page from Muhammad’s playbook. During the “Battle of the Trench” (627), when Muhammad and his Medinan followers were surrounded by the Meccans and other hostile tribes, the Muslim prophet bribed the Ghatafan, the largest tribe, to break from the Meccans by offering them one-third of Medina’s date harvest. Osama bin Laden cited this anecdote when legitimizing the bribing of hated infidels (The Al Qaeda Reader, pp. 26-27).

As Muhammad’s bribe saved Islam, so are Saudi Arabia’s “gifts” apparently meant to save Islam’s image where it matters most: in American universities, where worldviews and policy-shapers emerge.

As the Daily Caller explains, “Much of the international affairs literature that informs the U.S. posture toward foreign nations is developed at elite institutions like George Mason University and George Washington University in the D.C. area, whose experts are widely cited. Those universities are among the top recipients of Saudi government funds.”

Saudi funding of this or that academic “doesn’t mean that he’s bought and paid for,” he said.  Rather, “there is a kind of silencing effect. It’s more about what doesn’t get written about….   [T]here may be some self-censoring on certain topics you don’t raise unnecessarily, topics that are sensitive to the Saudis.”

In other words, no matter how important they may be from a Western perspective, all scholarly inquiries that may lead to presenting Islam in a negative light are studiously ignored.

Rather than honest examinations and exposes on the role of Islam in terrorism, gender inequality, and hostility for religious minorities, universities receiving—or hoping to receive—Saudi largesse naturally find themselves whitewashing all things Islamic.

If any more proof that Saudi “donations” seem to be designed to bribe infidels into silence was needed, one need only look to where else Saudi Arabia likes to spend its money.

As well documented in Simon Ross Valentine’s book, Force and Fanaticism: Wahhabism in Saudi Arabia and Beyond, the desert kingdom, America’s “friend and ally,” has spent at least 100 billion dollars to spread radical Islamic teachings and materially support Islamic terrorists around the world (15 of the 19 suicide-hijackers who orchestrated the terror strikes of 9/11 were, unsurprisingly, Saudi citizens).

Raymond Ibrahim is an author, Middle East and Islam specialist and a regular contributor to The Herland Report.  His books include
Sword and Scimitar: Fourteen Centuries of War between Islam and the West, Crucified Again: Exposing Islam’s New War on Christians, and The Al Qaeda Reader. Ibrahim’s writings have appeared in the New York Times, CNN, LA Times, Fox News, Financial Times, Jerusalem Post, New York Times, United Press International, USA Today, Washington Post, Washington Times and others. He has been translated into dozens of languages.