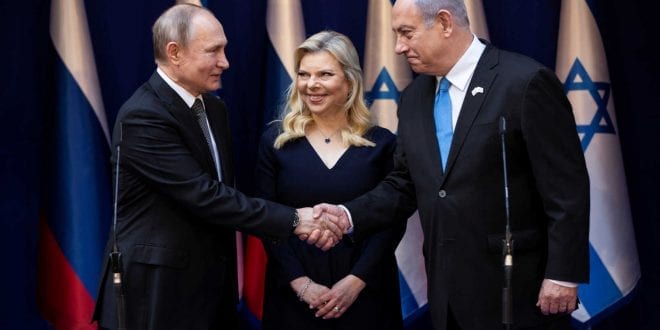 As US crumbles, Russia exports more Gold than Gas, first time in history

Herland Report: While the US seems to crumble under civil unrest and inner strife, the value of Russian gold exports has exceeded the country’s proceeds from natural gas exports for the first time in Russia’s modern history.

This is due to low demand and prices for natural gas and surging gold exports, estimates from Russia’s central bank and customs showed.

Russia’s exports of gold reached US$3.58 billion in April and May, according to customs data reported by business outlet RBC. To compare, in those two months, Russia’s gas giant Gazprom, which has the monopoly in natural gas exports via pipeline, sold US$2.4 billion worth of natural gas outside Russia, writes Oilprice.com. (Feature: Ill. Putin and Netanyahu, Reuters)

According to preliminary estimates of Russia’s central bank, Russia’s pipeline natural gas exports stood at US$3.5 billion for the entire second quarter, less than the value of gold exports in just two of the three months in the same quarter.

Exports of gold surged in part due to the central bank’s decision not to buy gold, according to Khudalov.

In natural gas exports, Gazprom’s natural gas exports of US$3.5 billion in Q2 2020 were half the exports for the first quarter, and were 2.6 times lower than for the second quarter of 2019. The volumes of gas exports also significantly dropped – by 21 percent in April and May 2020 compared to the same period of 2019.

Due to the low demand because of the pandemic, the high storage levels around Europe, and the warmer weather, the export price of Russian gas in May nearly halved compared to the price in May 2019.