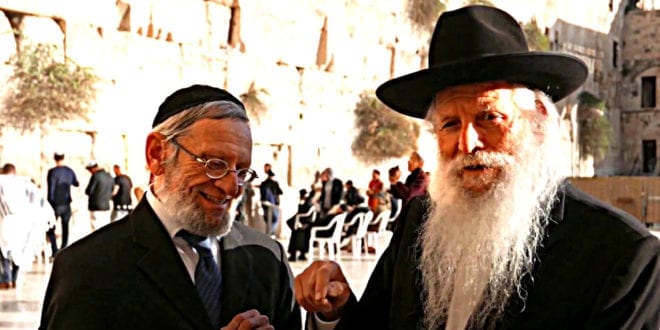 Herland Report:  Racism, the practice of judging individuals and groups solely based on ethnic origin, is a long standing cultural problem in Europe. In Left wing politics it is apparent in the denigrating view of non-Western immigrants who are chronically viewed as victims that “must be helped into the welfare system,” insinuating that they are not able to help themselves, writes Ruth Smeeth is the Labour MP for Stoke-on-Trent North, first published by The News Statesman.

In the extreme Right wing, the same racism is apparent in the notion that “once all the immigrants leave the country, all will be well”.

The main problem with racism is the injustice it creates, as man is not judged based on personal competence, education, virtues and willingness to work hard to achieve in society. The person is viewed entirely based on the cultural stigmas on the particular ethnic or religious group that he belongs to.

This brings us to the current hatred against the Jewish minorities in Europe, a steadily growing problem that casts dark shadows from the past upon the European segment. Jews in Europa are one of the subgroups in society that have experienced their share of the deeply ingrained European racism over the years.

UK Labour MP for Stoke-on-Trent North, Ruth Smeeth‘s recent article comments on the growing problems within the British Labour Party regarding the steady, demeaning comments on Jews that many who have long supported the Labour Party now claim is at its all time high.

From the defence of Holocaust deniers and support for anti-Semitic terror groups, to the consistent failure to deal with the likes of Ken Livingstone and Marc Wadsworth, there is now a total breakdown of trust between the community I was born into and the party I am proud to represent,

Growing British racism against the Jewish Minority: Jeremy Corbyn “Never again”. Those were words that meant something once. But if the events of the last two years have shown us anything it is that in the Labour Party, even the hardest of lessons is too easily unlearned.

When my great uncle faced down Oswald Mosley at Cable Street, he was standing shoulder to shoulder with Communists and socialists of every stripe, who recognised the evil of racism for what it is.

How times change. We are living in a time when Labour Party members share conspiracy theories about Israel being responsible for 9/11, accuse those who disagree with them of being on the CIA payroll, and question the facts of the Holocaust from the stage of our conference.

The abuse that I and other Jewish members have received is deplorable. One individual, after describing me as a “Yid piece of shit”, went on to suggest my rightful place was not in the Parliamentary Labour Party but at the end of a noose. Just last week I was contacted by a Jewish member who found herself harassed at a meeting by a fellow party member after she supported a motion calling for the Chakrabarti report to be enacted.

This hatred is now professed openly and in plain sight. A cursory glance at social media will show how far the poison has spread.

There was a time when the left’s response to fascists was “they shall not pass”. Today it feel more like “come on in”.

Yet there are those within our party who seek to downplay or even to outright deny the racism that is poisoning our movement. Even as I write, my Twitter feed is being saturated by fanatics insisting that any opposition to anti-Semitic hatred is simply a right-wing plot to discredit Jeremy Corbyn.

Let me be clear, those who try to dismiss these concerns as politically motivated are belittling the concerns of all right-minded people, Jewish or not, across the country. They are a disgrace to our movement and to our values of fairness, equality and justice, they claim to represent. They are not the defenders of a new politics: they are the useful idiots of an old hatred.

Growing British racism against the Jewish Minority: Jeremy Corbyn As the former deputy director of HOPE not hate, I was proud to campaign against racism and extremism across our country. But the forces of hate I have dedicated my life to fighting against now sit in our own party meetings.

All of which came to a head in the last week. The recent outrage over Jeremy Corbyn’s defence of a clearly anti-Semitic mural is simply the latest in a very long line of insults and injuries perpetrated against British Jews, and several statements later, Jeremy rightly apologised. From the defence of Holocaust deniers and support for anti-Semitic terror groups, to the consistent failure to deal with the likes of Ken Livingstone and Marc Wadsworth, there is now a total breakdown of trust between the community I was born into and the party I am proud to represent.

Monday’s protest outside Parliament was the culmination of more than two years of hurt and provocation, sidelined by the leadership of our party.

It didn’t have to be this way. Many of us have tried to reach out to the leadership on this issue, publicly and privately. Time and time again, I have raised concerns about the party’s handling of anti-Semitism with Jeremy face-to-face. But nothing has changed.

As the crowds on Monday night showed, we will not be ignored any longer. And I will not sit back and allow our party, the party my family have campaigned for since 1924 and which I am proud to serve in Parliament, to be destroyed by anti-Semites and racists who don’t share our values or our beliefs.

I will not walk away and allow the greatest movement for social justice this country has produced to be destroyed from within. This is my party, whether these people like it or not.

Ruth Smeeth is the Labour MP for Stoke-on-Trent North.