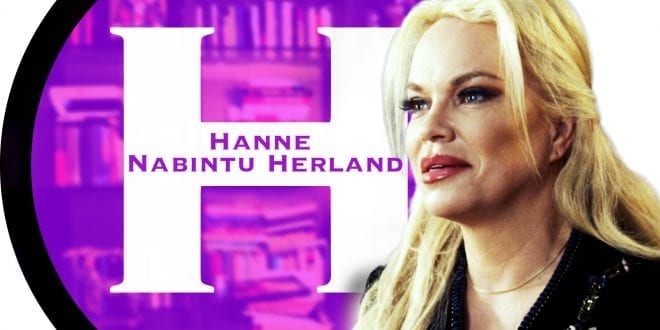 Herland Report: The movement towards Orwellian censorship in various online platforms such as Amazon, Facebook, Twitter and Google is at its all time high. Read below a segment of The Herland Report experience with Facebook. On Twitter we are almost shut down and seem to reach hardly anyone. Here, the Facebook story:

Since 2017, The Herland Report has been subjected to heavy shadow banning by Facebook, 2019 has been a year where we almost have not reached anyone on Facebook.

In Norway, it is the mainstream media owned, Faktisk agency that partly control the censorship on Norwegian Facebook pages. The censorship structure is funded, as Ron Paul has pointed out, by George Soros money and other socialist-globalist-capitalists.

Still, our audience has grown massively in the same time period. One can but imagine the reach was it not for the almost total censorship control now administered by the mainstream media’s own watchdogs, in the case of Norway, Faktisk.no.

Once mainstream media owned Faktisk Agency flags a page as “fake news”, the visibility may drop up to 80 %, as this article explains.

Orwellian political censorship shaped in the likeness of the Soviet era is now a fact in Norway. It has highly affected Herland Report for a long time.

I was shocked, but conferred with friends who run leading web sites in Europe who had seen their Facebook and social media presence drop in the same manner.

We understood that we were subjected to Orwellian censorship. Facebook’s #SOVJET. This is the new Soviet West, where being a conservative is fought like we still live in 1934.

The 2019 extended censorship was recently revealed on our Facebook site, as I and co-workers re-labelled Facebook #SOVJET. We were suddenly not able to even upload photos, links to Herland Report meant nobody saw the post – or almost no one. In one page, all photos were removed and not visible.

Hundreds in our audience confirmed that they had not seen posts from us in a long time, advertisements do not reach anywhere. Is this fraud? asks historian and founder of The Herland Report, Hanne Nabintu Herland, in her weekly WND column. WND is one of the leading conservative American news outlets.

We assume the days of freedom is soon over in the #SOVJET Facebook era. For our accounts, at least two of them are now operating some way better and reaching a few more, shameful as it probably was for Facebook to see how people from all over the world react to this sovietifization of Facebook.

We have around 130 000 Facebook followers total at The Herland Report, divided on three pages. This is but one testament of the end of freedom in social media.

The internet free speech arena seems to be shutting down in a historic display of illiberal intolerance towards specific groups in the West and especially against conservatives.

This is the allegation, that particularly targeted are the anti-globalist, conservative and religious groups who voice the need to respect national sovereignty and international law.

The YouTube, Facebook and Vimeo ban on Libertarian voices such as radio host Scott Horton, whistleblower Peter Van Buuren serves as examples, as well as Patreon’s crack down on Sargon of Akkad, as well as Liberty Report host, Daniel McAdams who was also banned from Twitter.

In Europe, the culture of fear is rampant. People now expect to be shut down any minute, and carefully take the time to save pictures and valuable conversations.

The trust in Facebook and Google seems to diminish by the hour, many expecting the free speech party to soon be over on the internet.

In the abortion debate in Catholic Ireland, where the issue was whether to change the “no to abortion” 8th amendment of the constitution or not, the anti-abortion campaign groups were banned from using Facebook, Google.

The pro-abortion groups were favourably pushed all over the mainstream media, the no-side received almost zero media coverage.

This all creates a rather sad feeling that we are slowly slipping into totalitarianism, which Hannah Arendt so eloquently described in The Origins of Totalitarianism. She showed how individual liberty suffocates in a democracy when peer pressure and a culture of consensus takes over in such a way that the masses are controlled by the state.

She points out that a totalitarian government then becomes even worse than a dictatorship, pushing for total control of what the citizens think about the family, religion, politics and so on.

The founder of The Liberty Report, Dr. Ron Paul, one of America’s most respected voices and former US presidential candidate recently gave an exclusive interview to The Herland Report where we spoke about the issues concerning the growing intolerance in the West.

Watch excerpts here, here and here. Dr. Paul is, of course, world famous for his critical views of the Federal Reserve, the military-industrial complex, NSA surveillance and US participation in the wars abroad.

As censorship seems to be the new fashion in illiberal America, Dr. Paul surprisingly says that the trend will eventually die out in much the same manner as the Soviet Union. The system will come to an end:

That is why you have the cultural Marxists in our universities preaching. They want to disrupt our culture so that they can mould it back together in a different type of centralized control. It is cultural more than economic Marxism. And certainly, the introduction to the neo-conservatives has been a big deal.”

In the interview, posted on YouTube, Dr. Paul adds: “The Soviet system didn’t develop anything, and the same is happening to us right now. The only thing that we export now are dollars. We get a good deal because we have managed, through our military and economic power, to maintain a dollar system.

Therefore, we have a tremendous advantage, but it’s a system that is deteriorating and it must be reversed.”

Look at the Middle East. All our policies are failing. We help our enemies as much as we are supposed to help our allies.”

In The Origins of Totalitarian Democracy, T. J. Talmon notoriously states that totalitarian democracies break with the originally liberal form of democracy and are characterized by an unusually low respect for the right of the citizen to individual freedom.

Because the goal of politics becomes that citizens should unite and agree, express themselves in unison and coordinate in groups, peer pressure becomes a method to keep people “in check.” Control of citizen behavior becomes a goal.

Previous How the Son of Betlehem, Jesus Christ transformed the world
Next Medieeide Faktisk.no betales for å sensurere Facebook #SOVJET