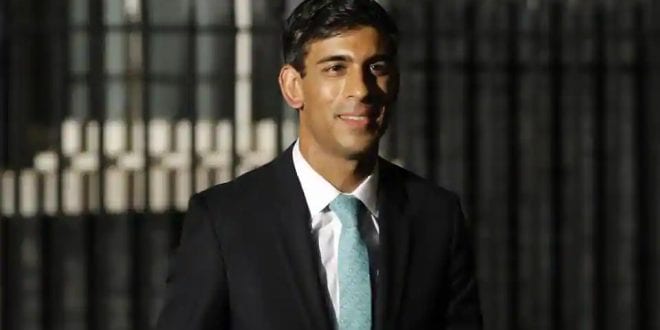 Herland Report: As over 3 million in the UK are going hungry due to lockdown, UK chancellor Richi Sunak recently issued a dire economic warning as a survey shows one in three jobs might be lost unless the lockdown is rapidly lifted.

Sunak presses to ease the measures, as he is is said to be the keenest to ease the restrictions as quickly as possible, as reported by the Daily Mail.

And with good reason, as soon the extreme measures may prove fatal for the British economy.

The narrative has become that of either “caring for the people” and remaining in lockdown, or caring “only for the economy and money” and reopening. This ill advised narrative prevents politicians from reopening, although they now know this to be the right move.

The economy is the well-being of the people. With a destroyed economy, mass unemployment and bankrupcies, there is no healthy people, only national suffering.

Health experts now state that the danger from domestic abuse, suicide, unemployment and dying from other illnesses than Covid-19 may become the worst effects of the Corona scandal going forward.

Extreme measures were not recommended by many pandemic experts, but the British panic for a virus won the debate.

Since then, no one has seen Mr. Johnson, who has been ill for weeks. Back on the job this week, he finds a nation in which over 3 million now go hungry due to the lockdown policies.

Millions now fall into poverty in the UK

3 million go hungry in the UK:  Research shows stark drops in income have pushed many families into poverty.

The Food Foundation have stated that 6 percent in a recent survey, the equivalent of three million people, told that lack of food had resulted in someone in their household go without eating during the past three weeks.

Three percent of the respondents, the equivalent of 1.5 million, had gone a whole day without food.

The survey was done by YouGov on behalf of The Food Foundation. 16 percent, the equivalent of 8 million people in the UK, said that they are facing lack of food of some kind due to the corona crisis.

21 % said they were hungry because they did not have enough money to buy food. The equivalent of 1 million said it was due to having lost their job.

Financial Times writes that  the rise in food poverty is driven by self-isolation and lack of money as the unprecedented shutdown leaves millions unemployed, now depending on government support.

3 million go hungry in the UK:  Sabine Goodwin, from the Independent Food Aid Network, stated that the increase in food poverty is leaving food banks struggling as donations are reduced.

Food banks have seen an increase in demand the past 14 days by 300 % compared to last year.

At least UK Chancellor Rishi Sunak wants the economy to be reopened as quickly as possible, warning of the impact on mental health, the drastic rise in domestic abuse as well as sharp rise in deaths from other illnesses in the UK.

Many fear going to the NHS and avoid taking to the hospital. The sharp rise in non-Corona deaths in the UK in the lockdown period, is very worrisome.

3 million go hungry in the UK:  Some numbers show that up to 650 000 people die yearly of a regular influenza, according to the China and Gates friendly WHO.

In 2018 alone, over 80 000 were killed by the seasonal influenza in the US, reported CNN. No media attention back then. Even the Italy numbers for Covid-19 are lower than regular influenza death rate for Italy.

Over a four year period from 2013-2017, 5.190 000 influenza cases were recorded in Italy. In this period 68 000 deaths in total were attributed to influenza epidemics, Italy showing a higher mortality rate among their elderly than the rest of Europe.

As many as 1 100 000 died from smoking in the same time period. Why did nobody raise the alarm about that? 2 million died from cancer in the same period, and as much as 2.4 million from hunger.

3 million go hungry in the UK:  Many have spoken of the danger in not allowing herd immunity. The need to protect the old and the medically frail is key, without destroying the economy.

Dr. Knut Wittkowski, Rockefeller University New York said in an interview earlier this month that the isolation policies could result in more deaths in the long term, writes Daily Wire. Lock-down prolongs efforts in developing herd immunity among the population.

When you think about it, is is quite amazing that modern societies like ours are unable to handle the fear of a bug. Mass hysteria in the media is much to blame. Even the Chinese commented on that.

Previous Eight US states have defied lock down and remain open #Sweden #Belarus
Next China is smarter than the West, will gain post Corona Scandal