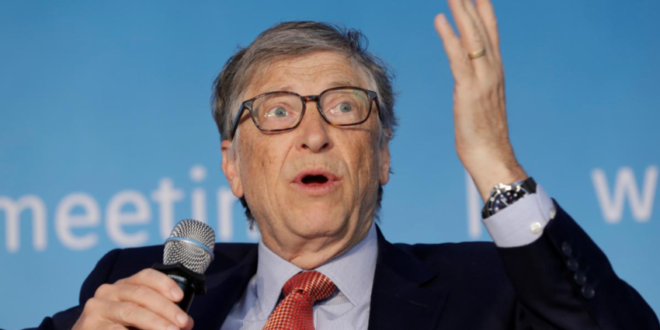 Herland Report: The super-rich control everything: In the current U.S. political system, whoever is richest with the largest capital base seems to rule the nation, whichever motive drives him.

His group buys the newspapers and thereby controls its content, manufacturing any desired consent, as Noam Chomsky would have put it.

The careers of journalists and editors are dependent on their willingness to agree with the pushed for narrative, which – of course – is structured to produce capital gain for the super-rich, writes historian and author, Hanne Nabintu Herland at WND.

The very same companies may fund politicians running for Congress, fund NGOs, WHO, think tanks and pay their way into controlling public funds.  In fact, in the United States, one may be a college student one year and one of the world’s richest a few years later (Mark Zuckerberg) – with all the above mentioned powers. Nobody stops a dorm boy from controlling a population in the most abrasive totalitarian way.

Think about it: An elected politician in Congress may hold stocks in an oil company, Big Pharma or the military industry – after having his running for Congress paid for by the very same groups he now lobbies. The same person may also write laws that deregulate that particular industry, causing its stock to soar; and buying stocks with the foreknowledge that the value will sky rocket, amassing wealth for himself.

The super-rich control everything: The size of the wallet is all that matters, – no checks and balances. Political world leaders worship at the feet of the super-rich, their political destinies depending on how good they are at concurring when leading capital owners outline the future as they see it.

It was not always this way. The classical principles of Western, democratic governance was defined by leading philosophers such as Charles Montesquieu (1689–1755), with the aim to limit the abuse of power. Europe had at the time, been through a period of authoritarian kings and feudal lords, whose geopolitical quest for power amongst themselves brought wars and destruction to millions. When exhausted from warfare and tyranny, Europeans outlined the new values that were to govern the nations, the need for less authoritarianism was forefront – and national sovereignty.

Montesquieu spoke of the need for the separation of powers between the legislative, the executive and the judicial branches of government in order for democracy to work, thus limiting the elites’ possibility of corruption. If too much power is in the hands of few, democracy slips into totalitarianism, the people at the mercy of merciless lords.

His point was that one must have courts that are as independent from political pressure as possible. There must be some element of a free press, an independent private sector, a parliament where various opinions are voiced and respected, and temporarily elected governments whose power is limited.

The ideal was not elite control and conformity, but a pluralistic society where individuals were allowed to succeed, to the betterment of society. The ideal was equality under the law, regardless of race, ethnicity, creed, class or gender – the very opposite of today.

The super-rich control everything: For in the past years, and especially since the 1990s, we have seen the remarkable thrust of the transnational business model of globalism, that departs from the nation based capitalist system. Depending on weak nation states and frail political leaders (President Biden is but one example), globalism profits from the lack of national sovereignty. Precisely this weakness has, in an unprecedented scale, become even more the road to success for the ultra-rich.

Globalism has produced a system in which a few individuals own more than 50 % of world assets, made possible by the business model that is dependent on open borders, tax havens and no requirement to redistribute wealth back to the West when outsourcing jobs to China and other cheap labor countries. To allow this to happen is arguably the largest strategic mistake that has spiraled the U.S. into its current state as a third-world country.

The transnational model works perfectly with socialism and neo-Marxist thinking. Political leaders make sure that the people give up civil liberties. Under socialism’s flag of protecting the worker, state power creates a new elite: The administrators of state funds. Today, the super-rich private capital heavy influence the spending of public money – the very goal of the World Economic Forum, Davos. As we live in the dominion of global corporations, the middle class is being crushed, pushing millions into poverty.

Previous How Bill Gates and Partners Took Control Over Covid-19, causing shift in power from governments to non-governmental organizations
Next Covid and the Ukraine war spells the death of Hyper Globalism