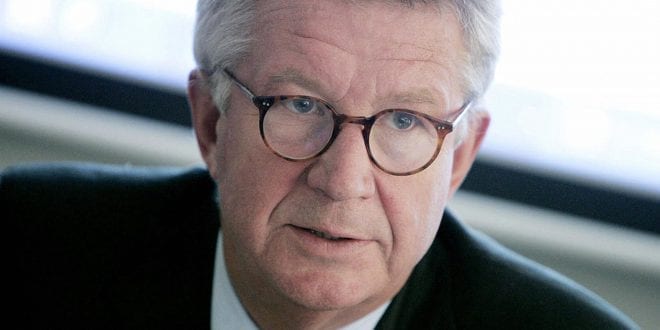 Herland Report: The Imperial Report that motivated the UK and other nations to leave its herd immunity strategy, turns out to not be peer-reviewed and written by a professor who highly overestimated the numbers for Ebola and Swine influenza.

The Imperial Report and WHO horror scenarios that triggered extreme measures and corona economic lockdown are now questioned.

As the WHO now is under scrutiny for politization, the allegations against the WHO are very serious. A willful under – or overreporting may have contributed to massive economic decline, as politicians reacted in panic?

The Imperial Report is questioned by Johan Giesecke, the Swedish professor who was the State Epidemiologist for Sweden between 1995 to 2005, then served as the first Chief Scientist of the European Centre for Disease Prevention and Control (ECDC).

He recently criticized Professor Neil Ferguson, the man behind the Imperial College Report that pushed the shutdown in the UK, according to Unherd.

As it turns out, the Imperial College Report that sent the EU into fear of mass deaths in Europe, was not even peer-reviewed and appear as more of a draft.

Its author, professor Neil Ferguson has been notorious in the past for overestimating numbers. He was involved in doing so during Ebola and the Swine epidemic.

Imperial Report author, Ferguson also said that 150 000 people would die during Foot and Mouth outbreak. In the end, 200 people died.

The Imperial report predicted that 510,000 could die in the UK without lockdown, while 250 000 could die even with a isolationist strategy. The report is said to have made UK prime minister, Boris Johnson change his mind from herd immunity to rapidly implementing lockdown in the UK.

This time, his predictions pushed the fear of a virus to the point that political Western leaders stopped their own economies in a shutdown by political choice, causing the worst financial crisis in a century.

Imperial Report – WHO Horror Scenarios questioned among allegations of politization: It was Ferguson’s report that, in addition to the WHO report presented by WHO leader, Dr. Tedros to the EU leaders on March 10th, that convinced the US, Germany, France and the UK to impose nation wide, economic lockdowns of their own economies. The move was unprecedented.

The WHO and the Imperial Report created a scenario in which millions were expected to be killed by the coronavirus in Europe alone.

In the March 10 meeting with EU leaders, Dr. Tedros Adhanom Ghebreyesus, director-general of the World Health Organization estimated 3.5 % or more death rates among those who contracted the virus.

Apparently Angela Merkel seemed so shocked that other EU state leaders had to calm her down. An estimated 60-70 % in the population were expected to contract the virus. British authorities stated 60-80 %.

Imperial Report – WHO Horror Scenarios questioned among allegations of politization:  If the death rate is 3.5 %, it would mean millions dead from Covid-19. If the death rate is 0.3 %, on the other hand, such as predicted by Rystad Energies, the extreme measures imply a dramatic over reaction.

Angela Merkel instantly imposed the lockdown in Germany, completely disregarding the leading, national German epidemologists, such as Dr. Sucharit Bhakdi who warned as strongly as they could against the extreme measure.

They spoke to no avail, as the only voices heard were that of the Imperial Report and the WHO leader, Ethiopian Dr. Tedros.

His malfunctioning polio vaccine caused 500 000 children to be paralyzed in India, according to Robert Kennedy.

This demonstrates that it was a political decision to solely listen to WHO, not national pandemic experts.

Ironically, the WHO now states the very opposite of what was suggested in the EU leader meeting, March 10th, that Sweden’s herd immunity approach was the correct one.

Norway followed the same pattern as other feminist Western governments, although the country is not even a member of the EU.

Prime minister Erna Solberg imposed extreme measures and half way dictatorship on March 12, completely disregarding the Constitution and the advice of Norway’s national health authorities, who have been shouting to no avail since.

Referring to Ferguson’s interview on UnHerd, he stated,

“I know [Ferguson] a little and he is normally quite arrogant, but I have never seen him as tense and nervous as during that interview.”

Giesecke added, “Ferguson modified quite a few of the straightforward statements [from his report], but still seems to think that the lethality is somewhere at just under one percent, while I think it is actually much lower, perhaps as low as 0.1%.”

Giesecke had given an interview to Unherd in mid-April in which he was asked about the Imperial College report, which had suggested 510,000 people would die in the U.K. without a lockdown and 250,000 if mitigating steps were taken.

I think it’s not very good, and the thing that they miss a little is that any models for infectious diseases —they’re very popular, many people do them — they’re good for teaching, they seldom tell you the truth because — I make a small parenthesis — which model could have assumed that the outbreak would start in northern Italy, in Europe, Difficult to model that one.

And any such model — it looks complicated, there are strange mathematical formulae, and integral signs and stuff, but it rests on the assumptions.

And the assumptions in that article will be heavily criticized for — I won’t go through that, it would take the rest of your day if I went through them all.

The paper was never published scientifically; it’s not peer-reviewed, which a scientific paper should be; it’s just an internal departmental report from Imperial. And it’s fascinating; I don’t think any other scientific endeavor has made such an impression on the world as that rather debatable paper.

Asked whether European countries instituting a lockdown to deal with the coronavirus was a misguided policy and whether it was doing more harm than good, he answered that he was worried about politicians assuming dictatorial powers:

“Yes. I think so, on the whole. What I’m saying is that people who will die a few months later are dying now and that’s taking months from their lives so that’s maybe not nice. But comparing that to the effects of the lockdown… what am I most afraid of?

It’s the dictatorial trends in eastern Europe; Orban is now dictator of Hungary forever; there’s no finishing that.

Giesecke said Sweden had not been “on our toes” to protect the elderly, acknowledging, “There are many things we could have done better a couple of months ago.”

Imperial Report – WHO Horror Scenarios questioned among allegations of politization:  He was asked, “What was it about this pandemic that was so different that has led to this global shutdown?”

He answered, “New disease, lot of people dying, you don’t know really what will happen, and this fear of contagion is almost genetic in people. And showing political strength, decisiveness, force. Very important for politicians.”

As far as Ferguson’s projection that Sweden will see an increase in deaths from the coronavirus, Giesecke has countered, “No, on the contrary, I think the number will go down — although it may tick up slightly when we get an outbreak in West Götaland or Skåne [provinces of Sweden that have so far been less badly affected].”

In Great Britain, the initial government policy on March 12 was to pursue a “herd immunity” strategy against the coronavirus, but on March 16, Ferguson gave a 20-page paper to UK Prime Minister Boris Johnson that predicted 510,000 people would die by that strategy.

Imperial Report – WHO Horror Scenarios questioned among allegations of politization: Business Insider noted, “In 2009, one of Ferguson’s models predicted 65,000 people could die from the Swine Flu outbreak in the UK — the final figure was below 500.”

Business Insider also noted, “Michael Thrusfield, a professor of veterinary epidemiology at Edinburgh University, told the paper he had ‘déjà vu’ after reading the Imperial paper, saying Ferguson was responsible for excessive animal culling during the 2001 Foot and Mouth outbreak.

Ferguson warned the government that 150,000 people could die. Six million animals were slaughtered as a precaution, costing the country billions in farming revenue. In the end, 200 people died.”

Some people ripped Ferguson for reportedly overestimating the potential death toll in the 2005 Bird Flu outbreak. Ferguson allegedly estimated 200 million could die, but the actual total was reportedly less than 1,000.