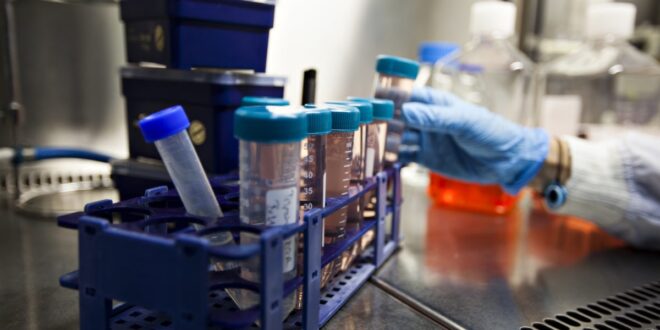 Herland Report: Covid-19 Vaccine Intentionally Flawed? In a June 2022 interview with British radio presenter Maajid Nawaz, Michael Yeadon, Ph.D., a former vice-president and chief scientific adviser for Pfizer and founder/CEO of the biotech company Ziarco (now owned by Novartis), explained why he believes the COVID jabs were intentionally made to be harmful and to prolong the pandemic.

For starters, it’s been known for more than 10 years that spike protein causes adverse effects in humans, so this could not be a design error. It must have been intentional.

By choosing the spike protein on which to base COVID-19 shots, scientists picked a protein that a) was known to be toxic to humans and b) produced an inferior immune response (compared to other parts of the virus).
On top of that, spike protein mutates rapidly, which destroys any protection the shot provides shortly after it’s given.

Covid-19 Vaccine Intentionally Flawed? As Yeadon explained, when making a vaccine, you have to be very careful about which part of the virus you use, as certain parts are more toxic and some provoke better immune responses than others.

“What you would do is ask, ‘What’s the toxicity of the bit I’m going to give a person?'” he said.

Seeing how scientists have known for at least a decade that spike protein from related viruses causes blood clots through at least two different mechanism, the choice to use mRNA that programs your cells to make spike protein raised a warning flag from the start.

Covid-19 Vaccine Intentionally Flawed? The complete absence of testing moving forward is all the more concerning when you consider who’s manufacturing the RNA for Moderna’s now-bivalent booster.

In a recent Unlimited Hangout article, investigative journalist Whitney Webb reveals the genetic material for the reformulated booster is being exclusively manufactured by National Resilience, a relative newcomer with significant ties to U.S. intelligence agencies.

Not surprisingly, National Resilience promises to successfully lead its customers through the government regulatory process. As reported by Webb:

“National Resilience was founded … in November 2020, and … plans to ‘reinvent biomanufacturing’ and democratize access to medicines,’ namely gene therapies, experimental vaccines and other ‘medicines of tomorrow’ …

In April 2021, National Resilience acquired Ology Bioservices Inc., which had received a $37 million contract from the US military the previous November to develop an advanced anti-COVID-19 monoclonal antibody treatment. This acquisition also provided National Resilience with its first Biosafety Level 3 (BSL-3) laboratory and the ability to manufacture cell and gene therapies, live viral vaccines and vectors and oncolytic viruses.

Despite being in the earliest stages of developing its ‘revolutionary’ manufacturing capabilities, National Resilience entered into a partnership with the Government of Canada in July of last year. Per that agreement, the Canadian government plans to invest CAD 199.2 million (about $154.9 million) into National Resilience’s Ontario-based subsidiary, Resilience Biotechnologies Inc.

Covid-19 Vaccine Intentionally Flawed? Most of those funds are destined for use in expanding the Ontario facility that Resilience acquired last March and which is now manufacturing the mRNA for Moderna’s COVID-19 products … More recently, in 2022, the company has announced a few new clients – Takeda, Opus Genetics and the US Department of Defense …

Considering Moderna’s history and Resilience’s connections, there may be more to this partnership that meets the eye and concerned members of the public would do well to keep a very close eye on Resilience, its partnerships, and the products it is manufacturing.

Given that we now live in a world where government regulatory decisions on the approval of medicines are increasingly influenced by corporate press releases and normal regulatory procedures have fallen by the wayside for being too ‘slow,’ there is likely to be little scrutiny of the genetic material that Resilience produces for the ‘medicines of tomorrow.’

This seems to be already true for Moderna’s recently retooled COVID-19 vaccine, as there has been no independent examination of the new genetic sequence of mRNA used in the Omicron-specific vaccine candidate or its effects on the human body in the short, medium or long term.

For those who are skeptical of the outsized role that intelligence-linked companies are playing in the attempted technological ‘revolution’ in the medical field, it is best to consider Resilience’s role in the upcoming fall vaccination campaign and in future pandemic and public health scenarios before trying its ‘futuristic’ products.” Read the full article here.