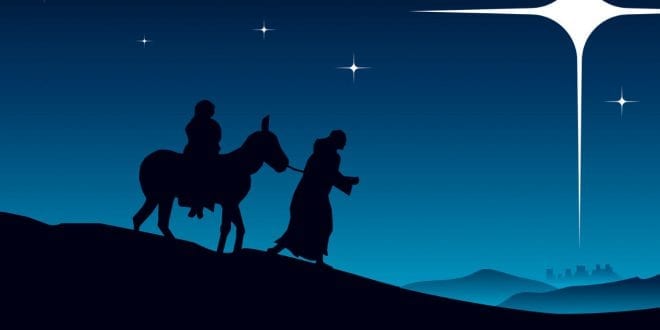 Christmas is a time of year where billions around the world commemorate the birth of Jesus, who was born in a barn and placed in a feeding container for animals.

The light of Christmas: The humble beginnings of the son of Mary, who was begotten by the Spirit of God yet born from the womb of a woman, came to symbolize the most remarkable revolution of love in world history.

In the silent night in Bethlehem, Mary and Joseph were far from the palaces of the high and mighty, yet the baby born in such unpretentious and modest conditions would become more powerful than any king, writes Hanne Nabintu Herland, historian of comparative religions and author in her regular column at World Net Daily.

He was the saviour of the poor, the unwanted, the fatherless, yet also the life giver to whoever asked for his help, whether it be kings or queens. Completely disregarding the social status system of this world, God became man and the existential light of human kind materialized into the darkness.

The existential light of Christmas: Her Majesty Queen Elisabeth II who was known for her Christian faith, explained the Christmas message in 2011 in this way:

“Although we are capable of great acts of kindness, history teaches us that we sometimes need saving from ourselves—from our recklessness or our greed…God sent into the world a unique person — neither a philosopher nor a general, important though they are, but a Saviour, with the power to forgive.”

This is that we celebrate at Christmas, the entry of God’s radical solution to the existing evil, despair and depression that surrounds this earth.

The existential light of Christmas: It is here that the existential battle between good and evil forces is taking place within the heart of man as well as in society and the spiritual realm above us.

As egoism, deceit, greed and selfish pride characterizes the evil way of the world, the Jesus example represented a starkly different path to glory. By choosing selflessness even to death, the humility of the son of Mary becomes the greatest example of love for human kind.

In essence, Christmas has come to symbolize the existential love story between God and the human race. It brings a deep sense of meaning, asserting that we are not left alone in this world.

It is also the arena where we combat the evil forces that co-exist here with us, in the fight that Christianity professes is best won by connecting to the eternal source of light.

As God is light, He is the only true source of redemption from darkness. It is the mental journey into the spiritual realm that makes it possible for mankind to experience God. The possibility of healing is available to us through communication with the metaphysical realm of the Creator and obedience to him.

By adhering to Christ’ recipe for the best possible life, by practicing love for human kind, man is given a path to eternal peace that transcends any empirical and materialistic reality in the tangible world.

This is the message that has been conveyed in thousands of churches all over the Middle East where Jesus lived several thousand years ago and his message first was distributed, as well as among the billions of believers that adhere to the Christian way of life all over the world today.

A great help is studying the most read book in world history, the Bible – a collection of several thousand years of writings that provide exquisite literature, wisdom, history and prophetic writings.

Here man may learn from the words of Jesus how to tap into the existential wisdom that, when practiced, elevates the individual and frees him from the torment of hopelessness, emptiness and fear.

The path to inner freedom and peace – in the midst of the storms of this world – then begins to open up.

Again, let me refer to Her Majesty Queen Elisabeth II and how she explained the significance of Christmas:

“The Christmas story retains its appeal since it doesn’t provide theoretical explanations for the puzzles of life. Instead it is about the birth of a child and the hope that birth two thousand years ago brought to the world. I draw strength from the message of hope in the Christian gospel… Only a few people acknowledged Jesus when he was born. Now billions follow him. I believe his message of peace on earth and goodwill to all is never out of date.”