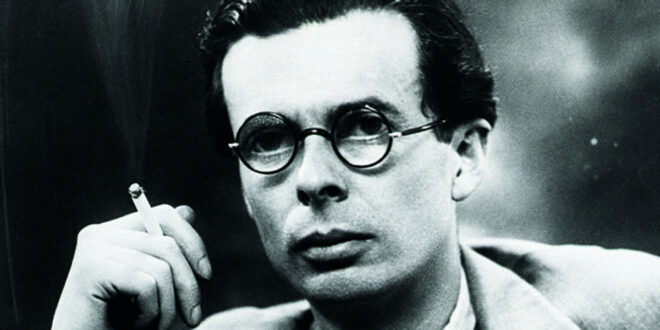 Herland Report:  Aldous Huxley interview: As we now live in the globalist-capitalist billionaire controlled transnational system, accelerated massively by Covid-19, we are gradually returning to the feudalist structure of the Middle Ages as the few and wealthy own almost everything. And surveil it all.

The working class and middle classes will increasingly become the new slave class to the globalist, billionaire kings and lords of debt. The nation state with its independent economy and politicians who served the interest of their countries seems but a relic of the past, writes historian Hanne Nabintu Herland in her regular column at World Net Daily, the largest conservative news network in America.

In his world famous 1932 book, Brave New World, he spoke of various enemies of freedom – media propaganda, technology, the end of personal liberty, totalitarianism – that he expected would pose serious challenges in the future. He warns of the dangers of the bureaucracies of big business and big government.

The 1958 Aldous Huxley interview with CBS host, Mike Wallace, is worth revisiting. In it, Huxley addressed his fear of a coming tyranny and the innate dangers of the technological, highly organized modern world.

The World War II philosopher, Hannah Arendt is famous for addressing much the same topic in The Origins of Totalitarianism, as she analyzed how the totalitarian regimes of the 1930s and 40s were able to prosper so well in modern Germany.

In the CBS interview, transcribed here, Huxley spoke about the role of the media and endangered personal liberties: “television … is always saying the same things the whole time; it’s always driving along. It’s not creating a wide front of distraction. It’s creating a one-pointed ‘drumming in’ of a single idea all the time.”

In this dystopian world of dictatorship and genetic cloning, any discontent is quelled by drugs and entertainment, Brave New World tells. It produces individuals under medication who simply do not pose critical questions, and those who do end up in Huxley’s definition of Gulag.

Huxley speaks of how the bureaucracy, the media, technology and societal elites work together in order to create social pressures that induce needed false narratives into the population. These narratives are constructed to distract people from the real and important issues.

He sees overpopulation and the mounting pressure of population pressing upon existing resources as a problem, as well as: “another force strongly operative in this country is the force of what may be called over-organization. …As technology becomes more and more complicated, it becomes necessary to have more and more elaborate organizations, more hierarchical organizations, and incidentally the advance of technology is being accompanied by an advance in the science of organization. It’s now possible to make organizations on a larger scale than it was ever possible before, and so that you have more and more people living their lives out as subordinates in these hierarchical systems controlled by bureaucracies, either the bureaucracies of big business or the bureaucracies of big government.”

Huxley further elaborates on the dangers of modern technology in the hands of those who desire control and power over the human race: “… take the recent and very painful history of the propaganda used by Hitler, which was incredibly effective. What were Hitler’s methods? Hitler used terror on the one hand, brute force on the one hand, but he also used a very efficient form of propaganda – every modern device. He didn’t have TV, but he had the radio which he used to the fullest extent, and was able to impose his will on an immense mass of people. I mean, the Germans were a highly educated people.”

In the Aldous Huxley interview, he says: “It seems to me, that there are methods at present available, methods superior in some respects to Hitler’s methods, which could be used in a bad situation. What I feel very strongly is that we mustn’t be caught by surprise by our own advancing technology. This has happened again and again in history with technology’s advance and this changes social condition, and suddenly people have found themselves in a situation which they didn’t foresee and doing all sorts of things they really didn’t want to do.” So, here we have an excellent description of the road to tyranny.

Aldous Huxley interview, 1958: Also check out these topics at CNN or FOX News. Other sources may be New York Times, USA Today, the Washington Post or from the British angle, BBC, The Guardian, The Telegraph or Financial Times.