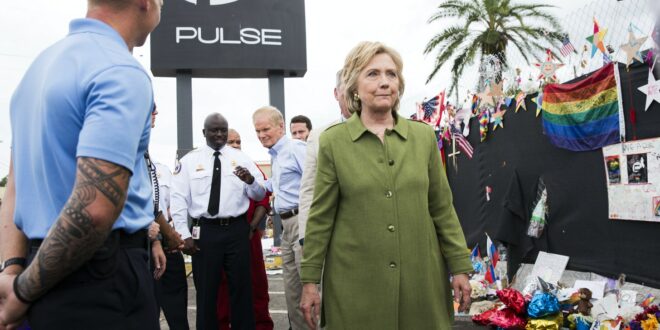 Herland Report: Orlando massacre was not anti-LGBT: The Enduring False Narrative About the PULSE Massacre Shows the Power of Media Propaganda.

Politicians and activists should stop ratifying the fiction that Omar Mateen was motivated by anti-LGBT hatred. It dishonors the victims and obscures the real motive.

On the fifth anniversary of the PULSE nightclub massacre in Orlando, numerous senators, politicians and activist groups commemorated that tragic event by propagating an absolute falsehood: namely, that the shooter, Omar Mateen, was motivated by anti-LGBT animus, writes Glenn Greenwald, a Brazil based journalist and author, co-founder of The Intercept.

The evidence is definitive and conclusive that this is false — Mateen, like so many others who committed similar acts of violence, was motivated by rage over President Obama’s bombing campaigns in Syria, Iraq and Afghanistan, and chose PULSE at random without even knowing it was a gay club — yet this media-consecrated lie continues to fester.

Mateen was remarkably consistent in what he said about his motivation. Over and over, he emphasized that his attack at PULSE was in retaliation for U.S. bombing campaigns in Iraq, Syria and Afghanistan. In his first call with 911 while inside PULSE, this is what he said about why he was killing people:

Orlando massacre was not anti-LGBT: On Saturday, Sen. Cory Booker (D-NJ) falsely described the massacre as an “unspeakable act of hate toward the LGBTQ+ community.” Sen. Tammy Duckworth (D-IL) went even further, claiming “the LGBTQ+ community was targeted and killed—all because they dared to live their lives.”

Her fellow Illinois Democrat, Sen. Dick Durbin, claimed forty-nine lives were lost due to “anti-LGBTQ hate” (he forgot the +). These false claims were compiled by the gay socialist activist Matt Thomas, who correctly objected: “the shooter literally picked PULSE at random from Google after security was too tight at the mall he went to first,” adding that while LGBT groups “are hopeless of course” — too much money and power is at stake for them to give up this self-serving fiction — but he asked: “shouldn’t the bar be a little higher for senators?”

In the immediate aftermath of that horrific crime, it may have been reasonable for the public to speculate that Mateen, given his professed support for ISIS, chose PULSE because it was a gay club.

That belief also neatly played into a liberal political agenda of highlighting anti-LGBT hate crimes, and also comported with the dual stereotypes of the gay-hating Muslim and the closeted gay man who harbors self-hatred that ends up directed at other gay people. This storyline was instantly consecrated when politicians and LGBT groups quickly seized on this claim and ratified it as unquestionably true.

Rather than acknowledging that it was anger over his relentless bombing raids in the Muslim world, President Obama immediately declared that anti-LGBT hatred was the real cause. “This was an attack on the LGBT community,” the president said, adding: “And hatred towards people because of sexual orientation, regardless of where it comes from, is a betrayal of what’s best in us.”

Chad Griffin, then-head of the largest LGBT advocacy group, Human Rights Campaign, claimed: “the maniac who did this was somehow conditioned to believe that LGBT people deserve to be massacred, that they are ‘less than’ in this society.”

Orlando massacre was not anti-LGBT: Then-candidate Hillary Clinton, as part of her campaign, made a pilgrimage to Orlando and seized on the attack. In addition to its constituting anti-American terrorism, the Democratic nominee proclaimed the massacre “was also an act of hate,” adding that “the gunman attacked an LGBT nightclub during Pride Month.”

She vowed: “We will keep fighting for your right to live freely, openly and without fear. Hate has absolutely no place in America.” Speaking with Clinton in Orlando, Attorney General Loretta Lynch said that it is “a cruel irony that a community defined almost exclusively by whom they love [LGBT people] is so often a target of hate.” Then-candidate Donald Trump also endorsed this view: “A radical Islamic terrorist targeted the nightclub, not only because he wanted to kill Americans, but in order to execute gay and lesbian citizens, because of their sexual orientation.”

Liberal propagandists who pose as journalists treated this storyline as definitively proven. The massacre was “undeniably a homophobic hate crime,” Jeet Heer wrote in The New Republic. “Let’s say it plainly: This was a mass slaying aimed at LGBT people,” Tim Teeman wrote in The Daily Beast. In USA Today, James S. Robbins speculated that Mateen was likely “trying to reconcile his inner feelings with his strongly homophobic Muslim culture.”

In the days following the killing spree, one writer in USA Today, Steph Solis, even accused those of questioning this narrative of propagating bigotry and exhibiting cruel indifference to gay suffering: “Those who insist the shooting was solely an Islamic terror attack try to erase the LGBT community from the narrative, causing only more pain by invalidating their experiences in this ordeal.”

But journalism is supposed to function on evidence, not speculation, and there never was any evidence that supported the storyline that he was driven by hatred for LGBTs. The evidence that was available suggested the opposite.

On June 12, 2016, Mateen spent just over three hours in PULSE from the time he began slaughtering innocent people at roughly 2:00 a.m. until he was killed by a SWAT team at roughly 5:00 a.m.

During that time, he repeatedly spoke to his captives about his motive, did the same with the police with whom he was negotiating, and discussed his cause with local media which he had called from inside the club.

Orlando massacre was not anti-LGBT: Mateen was remarkably consistent in what he said about his motivation. Over and over, he emphasized that his attack at PULSE was in retaliation for U.S. bombing campaigns in Iraq, Syria and Afghanistan. In his first call with 911 while inside PULSE, this is what he said about why he was killing people:

In the hours he spent surrounded by the gay people he was murdering, he never once uttered a homophobic syllable, instead always emphasizing his geo-political motive.

Not a single survivor reported him saying anything derogatory about LGBTs or even anything that suggested he knew he was in a gay club. All said he spoke extensively about his vengeance on behalf of ISIS against U.S. bombing of innocent Muslims.

Mateen’s postings on Facebook leading up to his attack all reflected the same motive. They were filled with rage about and vows of retaliation against U.S. bombing. Not a single post contained any references to LGBTs let alone anger or violence toward them.

“You kill innocent women and children by doing U.S. airstrikes,” Mateen wrote on Facebook in one of his last posts before attacking PULSE, adding: “Now taste the Islamic state vengeance.”

Orlando massacre was not anti-LGBT: Also check out these topics at CNN or FOX News. Other sources may be New York Times, USA Today, the Washington Post or from the British angle, BBC, The Guardian, The Telegraph or Financial Times.

Glenn Greenwald is a journalist who co-founded The Intercept; author, No Place to Hide and forthcoming book on Brazil; animal fanatic & founder of HOPE Shelter.