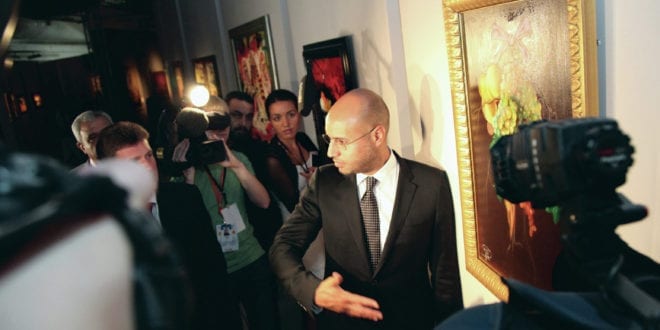 In the name of God the Merciful. After seven years of foreign invasion, which destroyed our country and its establishments, displaced its people and exhausted its resources, Libya has turned into a focal point of cross-border terrorism.

This has resulted in the loss of security and decent living to our patient and steadfast tribes who rejected exclusion, marginalization and aggression, to our ancient cities that stand patient to those displaced. These who left their homes unfairly, to our pure women who had to leave their homes and education to stand in long queues outside outlets and bakeries.

This concerns the competent academics who were forced out of the country or disrupted at home, depriving our nation from progress and prosperity.

And to the ever giving Libyan youth who turned their enemies into armed gangs fighting each other. It concerns professors at universities, institutes and schools who had to witness the ghost of illiteracy once again. And doctors and medical staff who are ringing the alarm bells to warn against the return of infectious diseases, that had disappeared in the mid 1970’s in the last century.

It concerns technocrats, bankers, experts, economists and financiers who are living through the bankruptcy scenario our country is facing today. And those who work in the oil sector, the only resource for Libyans, which was affected by conflicts, smuggling and blackmail. As well as  those who discovered the hidden plot and knew that the target was our homeland and its children.

Today, you are stepping up to vote in the voters’ list, and demonstrate the strength of the sovereign people, so we can tell them that we are here. Your registration today brings back a national victory, brought to us by the right circumstances. Statement by Dr Saif Al-Islam’s lawyer.

It works as an important support for those who registered in the previous election, most of whom are now looking forward to escaping the chaos, and returning to a time of stability and development.

There is no room for the exclusion and monopoly of power from the force which was the cause of the destruction of Libya that turned us into a country feeding on charity, donations and aid.

Today, by proving your political presence, you will obstruct the path of traitors and agents. Today, we turn to the overwhelming national strength, at home and abroad, to lay the groundwork for the precious Libya that our ancestors, fathers and sons paid the price of their blood for.

To all Libyan men, women and those looking for a bright future, in a sovereign country where the will of the free people will determine their own faith, hold our hands and open your hearts for life, to flow and to achieve victory in a society that endured a lot of wounds and pain.

May peace and the mercy of God be upon you. God is great, glory is to God, God bless you.