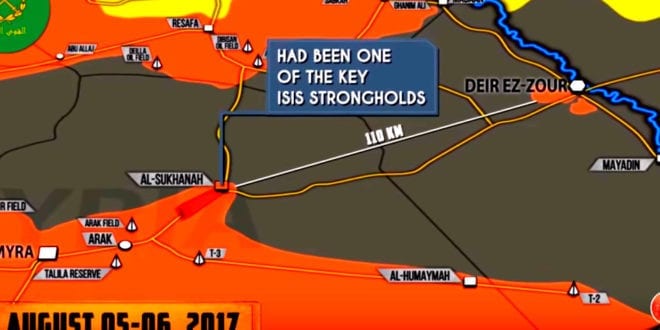 Syrian Battlefront: Final days of ISIS as Kurds are new US supporters

Herland Report: It is remarkable to see how Kurdish forces now replace ISIS in the oil rich fields in Syria. As ISIS moves out, Kurdish militia take over, supported by the US.

One wonders how the Kurdish again – after being let down by the Americans again and again in history – again now engage with the US. Do they hope for a Kurdistan again?

The probability of US abandoning the field once its geopolitical goal is met, would – again – leave the Kurdish in yet another dangerous situation.

The US seems to be facing little resistance from ISIS, as the final battle for Deir ez-Zoor and the push for gaining control of the other side of the Euphrates gain momentum.

The Kurdish SDF, funded and supported by the US, is now doing its job, yet one wonders, what will happen after the Kurdish militia has outrun its usefulness to the Americans?

Have we not heard this story before? #Iraq. Why do the Kurdish keep believing that the US serves Kurdish interests, when the US steadily repeats that it serves US interests?

The end game for the Kurds remains to be seen. In the mean time, they are creating enemies with all their own, neighboring countries.

The Americans and allies are now using Kurdish militia to retain control over approximately the same oil rich territories that were occupied by ISIS – the terrorist group that has been financed by the US’ main allies in the region, Saudi, Qatari, Turkey and others.

What will be the fate of the Kurdish this time remains to be seen. Strangely enough, they still trust the Americans, after in history having been abandoned by them again and again.

The Kurdish situation is the next war to watch, as Kurds now gain enemies from every angle.