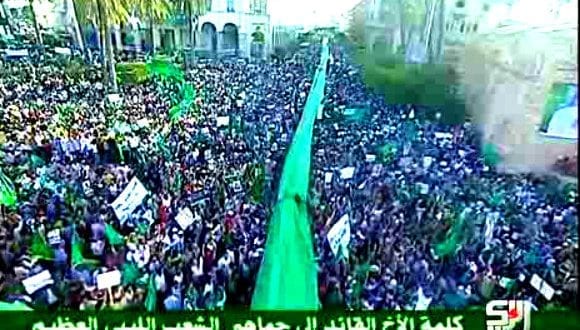 The Gaddafi’s appear to be back, including one of the most prominent, Saif al-Islam, the favourite son of the deposed Libyan leader, Muammar Gaddafi.

In a recent televised interview, Ghassan Salame, head of the United Nations Support Mission in Libya, said that the political reconstruction process “may include” Saif al-Islam, writes Middle East Eye. (Photo: The Telegraph)

This is in spite of the death sentence handed down to Gaddafi’s second son by a Tripoli court on 28 July, and in spite of an arrest warrant issued in his name by the International Criminal Court.

Allegedly released by the Zintan militia in June, after six years in captivity, Saif al-Islam has not appeared since then. But the Lebanese diplomat seems undeterred by these issues, as long as Saif al-Islam can help bring the desperate political stalemate to an end.

All eyes are now turned to the Gaddafists, who have been back on the Libyan stage for some time now, not on account of the UN representative’s words but rather on account of what is being said and done in Tripoli.

First, there is what is being said. “The Gaddafists who have no blood on their hands have done less harm to Libya than the revolutionaries who facilitated the arrival of terrorists or who resorted to kidnapping,” said Hashim Bishir, the security advisor to the UN-recognised prime minister of Libya, Fayez al-Sarraj. Read full article in Middle East Eye.