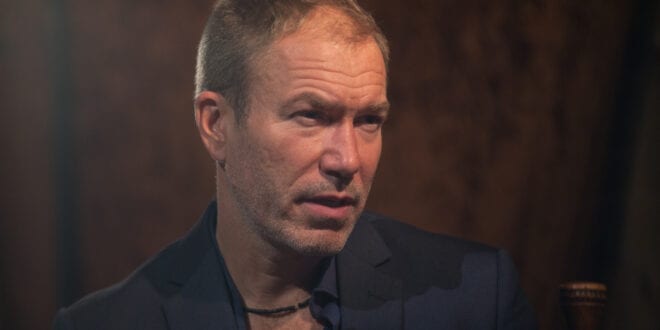 Herland Report: The Icelandic painter Stefan Boulter joins Jan-Ove Tuv in the 23rd episode of The Cave of Apelles, produced by Bork Spildo. The guest of the month encourages classical painters to be outspoken, and to stop fearing cancel culture, as classical culture has been cancelled already.

Boulter shares his views on the corrupt culture politics of his home country Iceland, and why it is important to stand up for one’s values.

Recently, there was a national exhibition in Iceland, with the purpose of showing the best Icelandic painters from the last fifty years, says Boulter. However, he adds, they left out every painter who was even close to being a classical or realist painter.

– Either these people are incompetent or stupid, or they have an agenda, says Boulter.

Judged on the Intentions, Not the Outcome

The government-run art committees give the impression of judging works by certain quality standards, Tuv points out. People attending the exhibition think that there are obvious reasons why the paintings are there, since the state has given its “stamp of approval”.

But by which standards is fine art judged, Tuv asks Boulter. – Fine art is judged by how socially conscious you are, how much you virtue signal, how much you are following the zeitgeist, and all these things that we have heard repeatedly for ages, says Boulter in a somber tone, before adding:

–  It’s judging the intention of the artist, not the outcome.

In order to fit into the “state approved” art world, it is important to make works that reflect the time in which they are made. Although one is taught to “follow one’s time” through what Tuv calls a kind of osmosis, the idea was championed by the philosopher Hegel with his concept of Zeitgeist.

Tuv argues that when art students are taught to follow the zeitgeist, they are simultaneously taught that the highest moral is to be an opportunist:

– One thing is the lack of diversity that comes as a consequence of cultural politics, but it is also the mindset that is created, says Tuv.

Boulter agrees that following the Zeitgeist results in a boring monotony, and no diversity at all.

– They talk a lot about diversity, but they don’t mean it. When you go to the shows and galleries you don’t see any diversity at all, says Boulter.

Dead fish go with the flow

Boulter is not afraid to speak his mind about culture politics. He has written articles on the subject that have been published in the newspapers, and encourages other classical painters to do the same.

Being willing and capable to stand up for one’s values requires a courageous mindset. Boulter says that his attendance at the Nerdrum School was important for his mindset’s development.

According to Boulter, the greatest outcome of attending the Nerdrum School was not only learning the master’s technique, but also learning the mentality of living meaningful life, instead of just going with the flow.

– We know that dead fish go with the flow, while alive fish swim upstream, says Boulter.