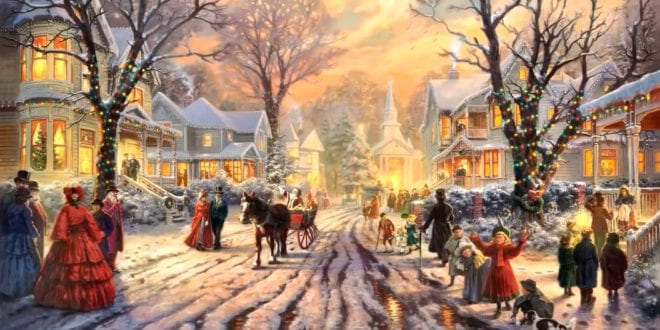 25th of December, a pagan feast? Initially a Christian feast celebrating the birth of Jesus Christ, it has been appropriated by secular forces to be expanded into a generic holiday that serves consumerism and pop culture more than it does Christ.

What drives this modern, warped understanding of Christmas?

Besides commercial forces, the most prominent driver is the idea that Christmas does not exclusively belong to Christianity, but is a generic “winter” celebration, writes editor of Strategos History, author Simon Vincent. Follow Simon Vincent’s work, exploring humanity through history and philosophy, here.

The 25th of December, it is alleged, was originally a pagan feast that Christians simply copied in order to suppress the pagans. The Nativity of Christ, therefore, is only a secondary interest.

But is this true?

25th of December, a pagan feast? Many allege that 25 December was picked in an attempt to both suppress and appropriate old pagan festivals held at the same time. A prime example is Saturnalia, a Roman pagan feast from 17-22 December intended to mark the winter solstice by delighting in food, wine, entertainment, and other desires.

Similar feasts for winter solstice were also held in other cults, like Yule in Germanic paganism. There is also the claim that the Roman feast for the popular pagan god Sol Invictus was held on 25 December, and since Christians “stole” the date, they successfully repressed Sol Invictus worshippers.

These claims insinuate that by adopting the same date, Christians accidentally absorbed pagan customs into their own feast, making Christmas a “hybrid” between paganism and Christianity.

25th of December, a pagan feast? It is furthered that this, therefore, justifies the view that Christmas is an irreligious “winter holiday”, co-created by several spiritual practices.

However, upon closer inspection, none of these claims are substantiated by evidence or logical coherence. Firstly, if Christians truly wanted to suppress pagan feasts, why did they not date Christmas from 17-22 December?

By the 25th, Saturnalia (and other winter solstice rites) would be over, making it two clearly distinct holiday periods. Secondly, there is no convincing evidence that Sol Invictus Day was held on the 25th, or that it even predated Christmas. 3rd-century Roman calendars date Sol Invictus Day in August and October.

There is a vague reference to a mere “Invictus” day on the 25th of December by Emperor Julian the Apostate (an infamous persecutor of Christians), but this feast emerged decades after Christians began celebrating the Nativity, and it is still a mystery exactly what “Invictus day” was.

So – how did the Christians land on 25 December? The actual birth date of Jesus Christ is, of course, shrouded. Yet, early Christians went to lengths to select a date that reflected both Holy Scripture and Holy Tradition. Here is how it happened:

In antiquity, the conception and death of great heroes were usually commemorated on the same day (a symbol of the circle of life).
Christians, therefore, celebrated the conception of Christ (the Feast of Annunciation, when the Virgin Mary conceived God-incarnate in her womb) at the approximate beginning of Pascha (“Easter”, the feast commemorating Christ’s earthly suffering, death, and resurrection).
This fell on 25 March and had been celebrated since the very beginning of the Church.

Since the celebration for the Virgin conception of Christ was on the 25 March, then, naturally, His birth ought to be celebrated nine months later (to reflect full-term). Nine months after 25 March is 25 December. Simple as that.

Therefore, we see that early Christians had no interest in winter solstice or pagan rites. They were exclusively focused on the contents of the Gospels and the Holy traditions of the Church calendar. This makes the Nativity Feast a uniquely Christian tradition, contrary to modern claims.

It is actually the modern man that has copied pagan Saturnalia and called it Christmas.

For there is now very little difference between this modern “winter holiday” (as the conglomerates have begun to call it), and Roman Saturnalia.

In a twisted way, the modern man desperately looks for pagan influences on the early Christians as means to justify this reinvention. But he finds none, as we have seen.

We may conclude in the same way the early Christians did: let Saturnalia be for the pagans, but let the Christians celebrate Christ’s Nativity.

We can heed the counsel of St. Gregory of Nazianus (325-390), equally effective in ancient times as it is today:

“Let us keep the Feast [of Christmas], not after the manner of a heathen festival, but after a Godly sort; not after the way of the world, but in a fashion above the world; not as our own, but as belonging to Him who is ours, or rather as our master’s; not as of weakness, but as of healing; not as of creation, but of re-creation.”

Although the Gospels are not interested in the exact dating of the Birth of Christ, they do offer some clues. Christians spotted this very early.

The Gospel according to Luke begins by describing the birth of St. John the Forerunner (also known as St. John the Baptist). His father, Zacharias, was a priest at the Temple, and his wife, Elizabeth, was barren of high age. Then the following happens:

Yom Kippur usually takes place by the end of September. From September, count six months and you land in the end of March.

Then, count another nine months from March (when the Virgin arrived at full term), and you arrive in the end of December.

In this way, the Gospels strongly suggest to us that Christ was born in the end of December.

Santa Claus as the Hypostasis of Christmas (substack.com)

How much we spend at Christmas around the world | World Economic Forum (weforum.org)

The Plagiarism of the Date of Christmas | ORTHODOX CHRISTIANITY THEN AND NOW (johnsanidopoulos.com)