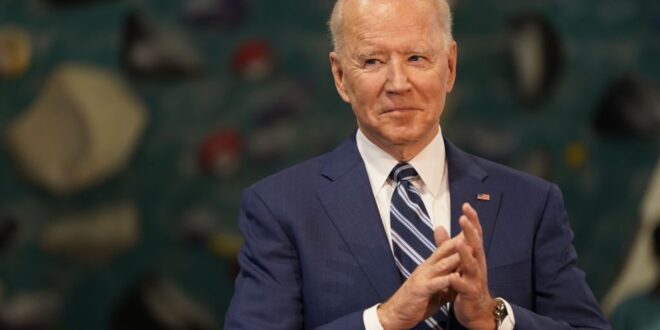 The media report what the Democrat Party wants reported and nothing else, and the FBI serves as the political police that frames up Republicans while refusing to investigate Hunter Biden’s laptop and Hillary Clinton’s emails.

The FBI told Facebook’s Mark Zuckerberg not to permit comment on Hunter Biden’s laptop because it was Russian disinformation. Suckerman clicked his heels and said “Jawohl,” writes Dr. Paul Craig Roberts, the chairman of The Institute for Political Economy, former associate editor of the Wall Street Journal.

Nazi State in America:  The FBI and Department of Justice (sic) refuse to answer questions from Republican US Senator Ron Johnson, Ranking Member, Permanent Subcommittee on Investigations. Senator Johnson wants to know why the DOJ and FBI deep-sixed investigation of the information on Hunter Biden’s laptop, as has been reported to the US Senate by FBI whistleblowers.

The corrupt DOJ claims that investigation of the laptop information would jeopardize the inquiry by the US Attorney’s office in Delaware of Hunter Biden’s tax compliance.

Nazi State in America: Satanic Democrats are using a new tactic against those whose opinions they disapprove. They try to get them killed by SWAT teams.

Republican US Representative Marjorie Taylor Greene says 911 was called at 1AM and told she was waving a gun and was holding hostages. The police, suspecting a hoax, didn’t fire stun grenades through her windows and break down her door.

Male advocate Andrew Tate had a similar SWAT experience. The police were told that he was holding women captive against their will. Again the police proceeded with caution and Tate was cleared of the charge.

Nazi State in America: As we all should know by now, police are trained to regard questioning them as a form of resistance, which causes their hackles to go up. Police violence resulting in injury or death can be the result. Sending a SWAT team into someone’s home is a way of getting them killed. Clearly, this is what the Democrats intended for Greene and Tate. Here is Tucker Carlson on Tate and a variety of other issues treated in this column: Link.

Medical data from all over the world and a large and increasing number of peer-reviewed scientific findings have been published that conclusively show that the Covid mRNA vaccines are far more deadly than Covid, against which they provide no protection.

The Democrats who coerced the vaccinations are running for cover. Fauci has quickly resigned, Walensky at the CDC has admitted major mistakes about Covid treatment and vaccines.

The Democrats who imposed lockdowns that destroyed Americans’ economic life and coerced injections of an injurious and deadly untested “vaccine” on school children, the US military, and on employees of private corporations and the civil service are looking for someone to blame. Guess who they found. Yes, Donald Trump.

Trump, advised by Fauci, stupidly abandoned his defense of HCQ and Ivermectin as cures and stressed his role on getting the deadly vaccines in use. He set himself up for the Democrats who now unload on him their entire Covid propaganda campaign.

The Democrats who control the House Select Subcommittee on the Coronavirus Crisis accuse Trump for pressuring the Food and Drug Administration to authorize for “political purposes” the untested “vaccines.” So not only do the Democrats claim Trump is responsible, but also that he did it not for health reasons, but for political reasons.

What Trump actually did was to fight for recognition, now universally acknowledged except by American Democrats, of hydroxychloroquine and Ivermectin as proven effective cures.

Anyone who is at all aware remembers the Democrat/whore media/ Big Pharma campaign against the two established cures that prevented “emergency use authorization” of the money-making vaccines. The known cures were suppressed so that Big Pharma and its beneficiaries, such as Fauci, could financially benefit, and so that governments could override constitution protections and behave as unaccountable dictators.

The fact of the matter is that the Covid “pandemic” which was engineered by federal money in US laboratories that created the virus, and the presstitute media campaign, which created the needed fear for the “vaccine” money to be made and the control over liberty to be exercised, was a 100% Washington production.

Nazi State in America: Washington reasons that the American and entire Western publics are so utterly stupid that if Washington can get away with the murder of two Kennedys, Martin Luther King, Ruby Ridge, Waco, Tonkin Gulf, 9/11, Hussein’s “weapons of mass destruction,” “Assad’s use of chemical weapons,” the extraordinary lies against Gaddafi, Russiagate, impeach gate, January 6 Insurrection, FBI invasion of President Trump’s home, Washington can also get away with pinning the injurious and deadly vaccine on Trump.

Who is to stop them? The election-stealing Democrats are in power. They are not going to permit the American people to vote them out of power.

Nazi State in America: What we are experiencing in America is the rise of a new Third Reich, but one far more dangerous thanks to the digital revolution, a godsend for tyrants.

A Nazi Government is being reborn in front of our eyes. The Democrats want power, not for the American people, but for sexual perversion, immigrant invaders, and liars.

The enemy is white Americans, especially heterosexual men, who are “the oppressors of women and humanity.” The public schools teach white kids to hate themselves and their parents. They graduate as guilty “oppressors” who deserve to be pushed aside by immigrant-invaders. The education system is draining all strength from men exactly as Andrew Tate says.

And this weakened, hollowed-out Tower of Babel thinks it is a military match for Russia, China, Iran.

What a joke we live. Apparently Americans are content with life in The Matrix in which their minds are trapped.

Dr. Paul Craig Roberts is the chairman of The Institute for Political Economy, former associate editor of the Wall Street Journal, and a well known author of many books. He is also a regular contributor to the Herland Report news site as well as The Herland Report TV interviews on YouTube. He has had careers in scholarship and academia, journalism, public service, and business. He has been awarded the Treasury Department’s Meritorious Service Award for “his outstanding contributions to the formulation of United States economic policy.”
Previous Exclusive interview John Whitehead: Eroding Constitutional rights, lack of citizen freedom
Next The Russian philosopher Alexander Dugin: Enemy of Globalism