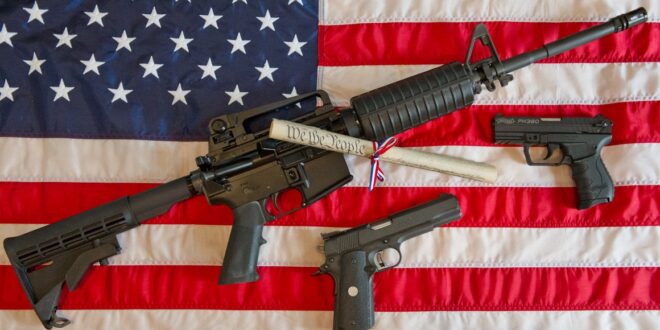 The shocking American deterioration: How Long Before America Appoints a Horse to the Senate?

Indeed, a person cannot find signs anywhere in the US of a civilized society.  In place of debate we have screamed insults, threats, and cancelled persons.

The fate of defendants, such as officer Chauvin, are decided in the media and not in honest trials. Scientists and medical authorities lie for money as do journalists.  Truth has no guardians in official positions, least of all in universities.  Governments serve undeclared agendas and orchestrate fear in order to achieve their agendas, writes Dr. Paul Craig Roberts, a leading American political economist and regular contributor to The Herland Report.

The shocking American deterioration: Countries are invaded and bombed on the basis of lies and false accusations.  Constitutional protections are taken away in order to protect us with unrestrained and unaccountable government police power. This list goes on.

How can this ship be righted? Some think by Republicans now that Democrats have lost influence by allowing their cities to be looted and burned by “peaceful protests.”

There are some worthwhile Republicans, such as the governors of Florida, Texas, and South Dakota, and the Arizona state senate. But most Republicans have learned that the way to get ahead in life is not to rock the boat. They are content with participating, not with being leaders against headwinds.

The shocking American deterioration: Consequently, there were not enough Republicans willing to fight to prevent a stolen American presidential election.

The behavior of Georgia Secretary of State Brad Raffensperger indicates that Republicans are not the answer.

Clearly anti-American white liberals are not the answer.  But neither are pro-America conservatives.  The history of white liberals is the denunciation of America and authorship of books and articles to that effect.  This is not to say that America hasn’t its share of crimes.  I myself have written about many of them.  But for the white liberals there is nothing but crimes.

American conservatives are too patriotic.  They wear the flag on their sleeve, and it blinds them to facts.

They are ever ready to unload on “foreign enemies” manufactured by the military/security complex to justify its enormous budgets and power. Remember the fear that if Vietnam fell to communism, the free world was lost? This absurdity became an article of faith.

I have been trying for some decades to teach them the difference, but they have been slow learners.

Think about my experience.  I was President Reagan’s Assistant Secretary of the Treasury on whom he relied to get his supply-side economic program out of his administration in order that Congress could vote on it, which I did.

Next he put me on a secret presidential committee empowered to investigate the CIA’s claim that the Soviet Union would win an arms race with the US, which required the highest security clearances.

I was also a member in the 1980s of the Committee on the Present Danger, a group of former government policymakers concerned about the Soviet threat.  Yet in the 21st century I was declared a “Russian agent/Putin dupe” by a new website called PropOrNot that could not be identified and perhaps was funded by the CIA, and which was endorsed by the Washington Post, a suspected long-term CIA asset.

I was labeled a Russian agent for the same reason Trump was subjected to the Russiagate hoax—to prevent normal relations with Russia.  The same happened to Stephen Cohn, America’s most distinguished Russian expert.

The shocking American deterioration: Normal relations with Russia would mean a reduction in the budget and power of the military/security complex. Thus, those of us in favor of reducing the chances of nuclear war were said to be against America and for Russia.

Not content with this, I was next labeled an “anti-Semite” because I posted as a guest column an article by an Israeli citizen critical of Israel’s treatment of the Palestinians.  The fact that I permitted free speech to an Israeli meant I was anti-Semitic.

Not content with this, I was declared a “holocaust denier” when I quoted in a book review David Irving’s report that although he has documented many Nazi atrocities against Jews, he has not been able to find any evidence anywhere of an organized policy of holocaust despite 50 years of searching.

For reporting an author’s conclusion in a book review I was labeled by the liars at Wikipedia “a holocaust denier.”  I have often wondered if the ADL, still settling scores with me for permitting an Israeli to criticize Israel, paid them money for that.

Note that I did not deny anything.  I just reported what the best historian of World War II found after a half century of searching. Irving’s histories are based entirely on the extant documents, which he has spent a lifetime hunting down, and survivor interviews.

These attacks were designed to reduce the readership of my website. If I can be misrepresented, little wonder that expert scientists who raise expert questions about Covid and its treatment can be silenced or that 3,000 high-rise architects and structural engineers can be dismissed as “conspiracy theorists” by scientifically ignorant presstitutes incapable of high school algebra.

We live in a country in which people of good character and solid expertise can be dismissed and even demonized by ignorant fools of zero accomplishment.

In other words, leadership by the capable is impossible.

To put it another way, in the US today character, integrity, facts, and truth are of no consequence.  The elite have an agenda, and all those in the way are run over.

In former times when Americans studied Roman history in school in order to avoid the same fate, they learned that Caligula appointed, or intended to appoint, his horse Incitatus a Roman Senator or perhaps it was a Roman Consul.

Whether Caligula did or did not, the historian Suetonius who reported Caligula’s equation of a horse with a Roman Senator was not describing a mad emperor.

He was giving information that Rome was finished, the evidence being that the once powerful Roman Senate, guardian of the Roman Republic, was reduced to the status of a barn for animals.

Isn’t this a description of Washington today?

The shocking American deterioration: Also check out these topics at CNN or FOX News. Other sources may be New York Times, USA Today, the Washington Post or from the British angle, BBC, The Guardian, The Telegraph or Financial Times.