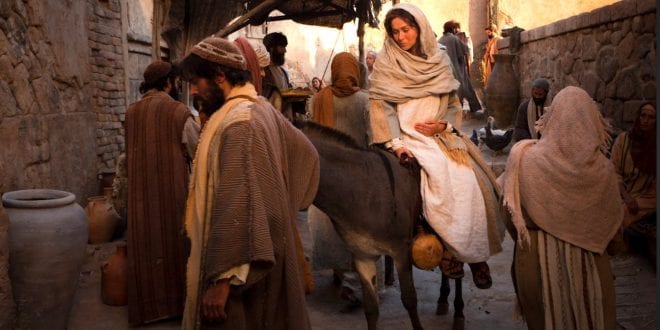 Christmas: Jesus is voted the most significant person in world history

Jesus is repeatedly voted the most significant person in world history. Napoleon and Shakespeare came in second and third place, in a survey described by Professor Steven Skiena and Charles Ward in Who’s bigger? Where historical figures really rank.

Jesus voted most significant person: Social research has long documented that belief in the spiritual dimension has not decreased in modern secular society.

Even in countries such as Norway, with cemented neo-Marxist, atheist progressive elites and a mainstream media that is one of the world’s most hostile to religion, 84% of the population still are members of religious communities. Three out of four have faith in a God, writes historian of comparative religions and author, Hanne Nabintu Herland.

In the USA, the figure is as high as 80%, according to ISSP. In Europe on the whole around 75 % state that Jesus is the Son of God.

This overwhelming international trend destroys the myth that there automatically is a conflict between rationalism and religious faith. According to the Pew Research Center Forum on Religion, 2.2 billion people follow the world’s largest religion, Christianity.

The atheist mainstream media hides the massive importance of Christianity

The recent years mainstream media’s censorship has followed along the lines of atheist secularism. Because of this, we hear little about the social structures of deep religious belief in the population. It is simply not reported much on.

We hear little about spiritual faith as a whole. There is a remarkably low respect for the innermost spiritual needs demonstrated in such high numbers, as underlying religious currents run deep in the Western population.

The vast majority of religious people actively participate in the development of a modern, rational society, without these actions conflicting with their faith in the spiritual dimension and in God.

It is true that few attend church in the West, in countries such as the Netherlands and the UK as low as 1.5 %. One of the reasons may be the liberal, neo-Marxist take-over of institutionalized churches, a trend in Europe that has caused many believers to leave the church communities.

Jesus voted most significant person: Bishop Harry Jackson has written extensively on this, as surveys tend to show that it is the strongest and most dogmatic believers that actually rebel and leave the secularized churches – where the message preached often is contrary to what the Bible teaches.

If churches become politicized, the “church” is no longer a place where believers may get spiritual food and find the existential peace that is promised. It becomes a political scene, a local social club, a secular outreach.

This type of “cultural Christianity” features values that are far from the ideals of the revolutionary Jesus Christ. Much research is done on this subject, which we only briefly touch here.

Why does the Jesus’ birth in Bethlehem matter?

Jesus voted most significant person: Jesus Christ created conditions for brand new understanding of spiritual and ethical principles, as it is described in the Holy Scriptures. Its main focus was that human kind is to love God and one another.

This is the most significant book of our civilization, an ethical encyclopedia of anecdotes, short stories, epic tales, poems, meditational texts and a variety of hymns.

Napoleon Bonaparte referred to the Bible as “living words that impart spiritual power to the readers”.

George Washington said: “It is impossible to rightly govern the world without God and the Bible.”

“A thorough understanding of the Bible is better than a college education,” said Theodore Roosevelt.

The modern vitality of faith provides answers to existential, inner questions about the meaning of life.

The poignant message of love expressed in the Scriptures is about God’s hand reaching down to man.  He is passionately interested in the human situation. The metaphysical and physical reality conveyed is that God, the creator of all things, chose his own Son to lead man out of the earth´s immense darkness and chaos. He provided a path to save man’s soul.

The entry of God’s existential light into the world is why we celebrate Christmas. Jesus is described in the Bible as “the light”.

Therefore the Star shone brightly over the deserted meadows of Bethlehem, attracted leading astronomers and stargazers from the most powerful nations of the time. They came to worship the most remarkable child whose star surpassed all others.

“For God loved the world, that he gave his only begotten Son, that whosoever believeth in him should not perish, but have everlasting life.” (John. 3:16)

As we celebrate Christmas, with traditional carols like “A child is born in Bethlehem” so pivotal, it is worthwhile to note the revolutionary social and political statement illustrated so poignantly as the Virgin Mary holds her new born son in her arms: Jesus, the Son of God, was born among the poor, but had both rich and powerful friends during his life.

He extended his light to people regardless of religion, ethnicity and gender. He participated actively in society as a whole, mingling by choice with people that others shunned.

He criticized racism and resolutely challenged the double standards and self-serving hypocrisy of religious leaders.

Jesus defended women and advocated for children´s rights at a time when slavery was commonplace.

He was sharply criticized for his kindness to prostitutes and was called a “glutton and drunkard” by the religious elites. There were no one Jesus was more furious with than the religious leaders, whom he called serpents and vipers.

His worst enemies, actually, were the religious leaders at the time, who did not believe in him.

Jesus voted most significant person: With great acuity and honesty he inspired people to abandon their self-destructive behavior and follow him. At the same time he had boundless sympathy and understanding for those unfortunate and despondent souls weighed down by the trials and tribulations of life.

He was a true leader, not consensus-oriented and radically committed to justice. He treated people with a refreshing respect, emphasizing forgiveness instead of hatred and revenge.

Jesus’ message was spiritually ethical and not political, but all his actions had a significant social and political impact on society.

The Christmas Gospel thus becomes a revitalizing source of spiritual thinking. It encourages us all to be honest, to take care of each other, and to be more compassionate and more generous.

Previous The existential light of Christmas
Next Why we Celebrate Christmas: St. Nicholas, Santa Claus and the birth of Jesus