Herland Report: Darwinism remains a theory, was never proven: We all know Charles Darwin. We’ve all been told for decades that he proved how man evolved from apes, in a linear evolution from amphibians at sea.

They crawled on land and slowly evolved into other species, and here we are – homo sapiens – the brilliant evolutionary end product.

We are regularly taught by the mainstream atheists that govern popular culture that those who voice criticism on Darwin are incompetent idiots. If you question the famous drawing still depicted in thousands of school books where you see the monkey turning into Neanderthals and then homo sapiens, there is no end to the criticism from Darwinists. Even though science long ago proved it wrong, writes bestselling author and founder of The Herland Report in her regular column at World Net Daily, the largest conservative media outlet in America.

It was discovered many years ago that Neanderthals lived on earth at the same time as homo sapiens.

And evolution from one species to another has never been proven, only slight variations within species.

Even though Darwinism has massive flaws and remains a theory, Darwin is still widely used as an example of how “modern empiricism and science” demonstrates how stupid believers in God are.

Atheism itself is a faith. It is based on faith in the unseen. No atheist has, to my knowledge, travelled out into the universe and can document scientifically that there are no angels or demons there, or God.

So, why are they so certain that there is no God and that homo sapiens evolved from amphibia? The assertion is based on pure faith and feelings and lacks every proof of science.

A Darwinist is someone who believes in an unproven theory and desperately hopes for it one day to come true.

Let’s take a closer look at the irrationalities of Darwinism.

It is unproven hypothesis regarding the development of the species from the lower and simple to the higher and more complex, through the process of natural selection and the survival of the fittest. It still relies on a long number of assumptions.

Darwinism remains a theory, was never proven: In essence, Darwin’s evolution has to be accepted by faith – they believe in it, regardless of whether it has been empirically proven or not. Verifiable proof still is missing.

Despite its obvious flaws, the theory still remains at the forefront of atheist “enlightened” thought.

Even though Darwinism has massive flaws and remains a theory, Darwin is still widely used as an example of how “modern empiricism and science” demonstrates how stupid believers in God are.

Scientists have been totally unable to prove development from one species to another.

The only element that is a documented fact is that all species derive from one common ancestor, as pointed out by biology professor at Lehigh University, Michael J. Behe in Darwin’s Black Box. The Biochemical Challenge to Evolution.

The forming of new species – “macroevolution” has never been observed, only variations within each species – “microevolution,” such as birds getting longer or shorter wings.

Evolution beyond variation remains a hypothetical assumption. Darwin, as we know, could not even explain the complexity of a human cell.

As Behe states, the universe as a whole is extremely fine-tuned for life, suggesting nature exhibits evidence of intelligent design.

Another intelligent-design theorist, Michael A. Cremo points out in Rethinking Darwin: A Vedic Study of Darwinism and Intelligent Design and Forbidden Archaeology, that not only did the Neanderthals live on earth in the same time period as Homo sapiens, as modern science now acknowledges, but human remains have been found in the Earth’s layers millions of years ago.

So, it is documented that previous human-like creatures cannot be called “human ancestors,” as they lived on the earth, side by side with homo sapiens.

Still and until this day, biology school books still show the illustration starting with an amphibia evolving into a monkey, then developing towards Neanderthals and finally – the upright Homo sapiens.

Yet, this is a Darwinian illustration that scientists know was outdated long ago.

Children’s biology books continue to propagate for the outdated view on the development of Homo sapiens, yet another illustration of how candid academic atheists are to repeat the current paradigm, even if it has been proven wrong.

Cremo suggests that the current paradigm and “academic” belief in Darwinism supresses data if it does not coincide with evolutionary theory.

New revelations and findings are simply silenced, in order not to challenge the current understanding of evolution.

Modern science constantly changes its hypothesis, depending on the popular “academic belief.” In the 1920s, most scientists believed that the world was static. Whoever contradicted the prevailing view, would be called “unscientific.”

Then the American astronomer, Edwin Hubble studied the universe and found evidence of its expansion.

The debate was settled, and a new paradigm introduced: the universe as we know it expands. Whoever now said that it was static, was suddenly the one deemed to be irrational.

In his final memoirs, The World as I see it, he calls this the biggest mistake of his career, and complains that it caused him not to make any major discoveries during those fifteen years, as he remained in his old-fashioned thinking even if science kept proving him wrong.

So, for now we are stuck with the desperate atheists’ desire for Darwinism to be true, regardless of documentation or proof. A Darwinist is someone who believes in an unproven theory and desperately hopes for it one day to come true.

Hanne Nabintu Herland is a historian of religions and bestselling author. She is the founder of The Herland Report Scandinavian news site, TV channel on YouTube and Podcasts which have millions of readers/viewers yearly. This is a great place to watch interviews with leading intellectuals, thought leaders from across the political spectrum. Herland’s books include Respect, Det Nye Babylon, The Culture War. How the West lost its Greatness, and her latest, New Left Tyranny. The Authoritarian Destruction of Our Way of Life is available on Amazon, Barnes and Noble, across the USA and in 60 countries world-wide. New Left Tyranny shows how the neo-Marxist New Left turned their back on historical Western principles and became a destructive authoritarian force. www.theherlandreport.com
Previous Ukraine IMF Gold and the Gold Carry Trade Tool for Monetary Cartel
Next President Putin at Valdai: Afghanistan and the Degenerated Western Culture 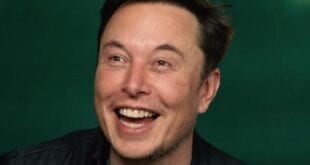 Massive Redistribution of Wealth to the Billionaire Elite