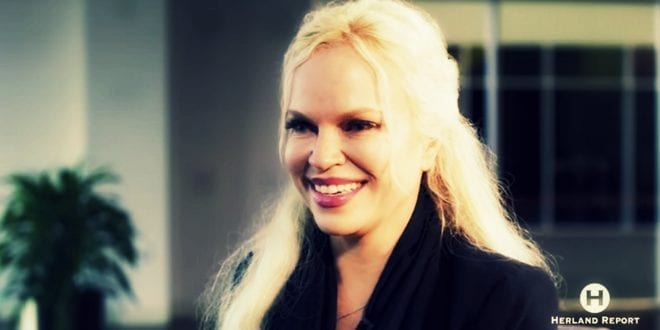 Thank you very much for subscribing to The Herland Report!

You have now successfully subscribed! Welcome to The Herland Report Newsletter!

The level of censorship in social media and search engines is all-time high. Thousands subscribe to The Herland Report newsletter, and by doing so you make sure that the articles reach you.

It is a great place to watch interviews and read the work of thought leaders, authors and activists from across the political spectrum. All articles are free, no pay walls. Our articles and TV shows are entirely fan-supported and receives no government funding like many other Scandinavian media outlets do, so please consider telling others about The Herland Report and sharing it around!

It is remarkable to see all the names from all over the world who enjoy reading our material and appreciate our focus on topics that are not so often covered thoroughly in the media. We are truly grateful to all of you and strive to bring in-depth content!

Hanne Nabintu Herland is a Scandinavian historian of comparative religions, bestselling author, commentator and TV producer, known from the media for sharp analysis and fearless speech. Herland has for many years written extensively in leading newspapers and appeared as a guest on a variety of TV shows.

She was born and raised in Africa, has lived in Europe, South America, the Middle East and traveled extensively in Asia. She speaks a number of languages.

We do not take responsibility for mistakes, omissions or other flaws in articles published by our variety of authors or TV show guests.

The mainstream media, where over 90 % is owned by 6 corporations, has increasingly become a smoke screen which disguises the real power struggle and the driving forces that determine the development in the West.

We attempt to address the implication this has on the general population.

In addition, we speak about the de-democratization and de-Christianization prosess in the West.

We hope to contribute with a variety of articles to strengthening the original values of Western culture, the ones that once made the West a world leading civilization.

The Herland Report TV has various playlists, and also features “Spirit and Faith” in which we speak to people who have something valuable to say about spiritualism, faith in God, Western values, what it means to “love one another” and its implications for our daily lives.

Our guidelines for comments is that remarks must not be defamatory of any person, contain spam, deceive others, be obscene, offensive, threatening, abusive, hateful, inflammatory or promote sexually explicit material or violence.

We do not allow the promoting of discrimination based on race, sex, religion, nationality, disability, sexual orientation or age.

Such comments will be removed to our best ability once spotted, both on Facebook and in social media as well as on the website.