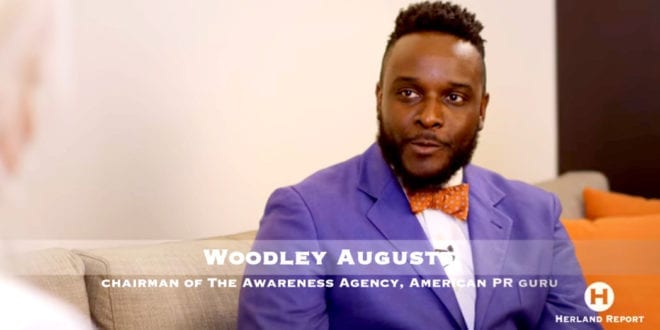 An EXCLUSIVE SHORT from The Herland Report TV (HTV): What’s taking place is that we are reverting to tribalism. It is vastly more important to talk about “my tribe” versus the whole nation, says the founder of a U.S. based public relations and marketing consultancy, Woodley Auguste in this short segment, featuring programs on the problems of racism and tribalism in America.

“We only look at it through the lenses of “who am I, what color am I”, what’s my income level, what’s my background and that is all we are interested in, worrying specifically about “my group of people. As long as they fit with my desire – gender, race etc. – then I could care less about anyone else.”

“CNN, regardless of what President Trump does or says, they merely exastrubate his flaws. So, if the financial market performs well, very little of that is reported.”

“It is merely whatever Trump may have said on Twitter or some policy that may have affected a specific group that may be considered marginalized, that will be played up all the more, in the hope of changing the perception of what the President can and is doing, affecting the executive branch of government.”

The Herland Report is founded and hosted by Hanne Nabintu Herland, a Scandinavian historian of comparative religions, bestselling author, commentator and TV producer, known from the media for sharp analysis and fearless speech. Herland has for many years written extensively in leading newspapers on a variety of issues and appeared as a guest on a variety of TV shows. She was born and raised in Africa, has lived in South America and the Middle East, and travelled extensively in Asia. She speaks a number of languages.