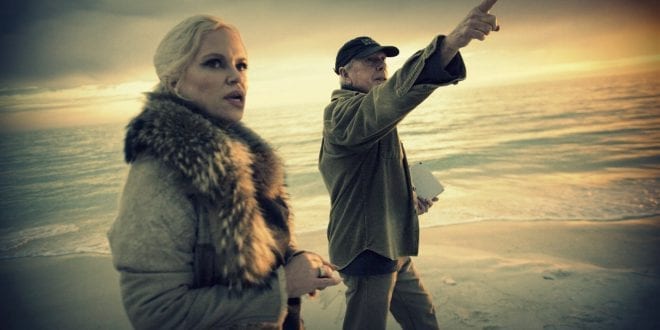 Herland Report: Can we expect an upcoming Kristallnacht For White Americans, asks Paul Craig Roberts: Those who are working overtime to delegitimize white Americans have coined a term that they use as a weapon—“white privilege.”

The propaganda is that being white is a racial privilege that elevates white Americans above other Americans and enables white people to oppress blacks.

It doesn’t strike those who use the term as a weapon that these same “racist white people” are the ones who elected Obama president and put Kamala Harris in the Senate, writes Dr. Paul Craig Roberts.

“White privilege” conveys the idea that white people have impunity.  They can abuse, even kill, people of color without consequence.

Yet, it is white officer Chauvin who is in jail charged with the murder of black George Floyd, while the two black Maryland teenagers who murdered 59-year old white John Weed at the county fair for not giving them a dollar were sentenced by white female judge Julie Stevenson Solt to “anger management training” and “behavior modification” but otherwise unpunished.

Here is the report.  The story was covered locally (for example here) but kept out of national news while white Americans were pumped full of guilt for their “racism.”

The story is more than the lack of justice for John Weed and his family.  Unlike George Floyd’s relatives who benefitted from millions of dollars in donations from white people, money did not pour into the coffers of John Weed’s relatives.

Unlike George Floyd’s death, John Weed’s did not become a national sensation.  White supremacists did not riot, loot, and burn their way through black neighborhoods.

You were never even told about John Weed’s brutal murder and the pass that white justice gave to the two black thugs who murdered him, spit on his body, and danced around it in glee.  So much for “white privilege.”

But judge Julie Solt did much more than deny justice to John Weed and his family. She denied justice in the abstract.  Sentencing a murderer to anger management conveys that blacks have impunity from punishment for injurious consequences of their actions.

There are crimes that only whites can commit and only blacks can suffer.  That black teenagers have no qualm about assaulting and beating to death a white man in public at a county fair is proof that blacks are aware of their impunity.

The response to rioting and looting by the mayors of Portland, Seattle, Minneapolis, New York, Chicago and other cities have reinforced the belief of blacks that the racism of white people gives them impunity from their illegal actions.

The kneeling of elected public officials before Antifa and Black Lives Matter, the imposition of stand down orders to police, the absence of property protection against looting and destruction, the release without charges of looters, the public apologies made to the criminals by public officials, all of this clearly conveys to blacks the impression that they have impunity.

The impression of impunity that white liberals have given to blacks has obvious implications for public safety and law and order.  This is what you get.

The vicious propaganda in the United States against white people is as bad if not worse than the Nazi propaganda against Jews, and it will have the same result. Indeed, it already has.  What is the difference between krystallnacht and the looting and burning of white businesses?

Theaters, concert halls, and museums in downtown areas of America’s racially diverse cities have an uncertain future.  People who live and work in downtown areas and use public transportation will find life increasingly risky. Indeed, cities could collapse as apparently is happening in New York.

The propaganda against white Americans never lets up. We have the anti-white prpaganda film, “The Long Shadow,” which defines “social justice” as prevailing over white people.

This summer PBS has broadcast this indoctrination film in 50 cities, and a second wave is on its way. It is the kind of film that softens up white people to accept widespread looting and burning as  justified “peaceful protest” over George Floyd’s death, a death that they were never told occurred from Floyd’s overdosing on fentanyl, a dangerous opioid.

An upcoming Kristallnacht For White Americans, asks Paul Craig Roberts: The demonization of white people in the United States has reached the point that the media, the universities, and the Democrat Party are anti-white.  The Democrats have selected an anti-white “woman of color,” Kamala Harris, as their candidate for vice president.  Harris has even called her running mate, Joe Biden, a racist, although she is now backing away from this accusation, accusing him only of being friends with racists in Congress.

If Democrats win, the likelihood of visably impaired Joe Biden serving four years is slight. He will be succeeded by Harris, and many suspect that that is the plan. Biden’s only function is to serve as the way to put an anti-white female of color into the presidency.

What comes next?  Gun confiscation and defunded police?  An open season on white Americans?  You might scoff, but this is already the case in sections of some cities.

Kamala Harris was born in the US but not to parents who were American citizens or permanent residents. John Eastman, a legal scholar, examines the question whether she is qualified under the Constitution to hold the office of vice president or even US senator.

Don’t expect this question to be seriously considered or for the US Supreme Court to rule on the matter.  That would be racism, white privilege, oppression, white supremacy, a hate crime.

The inability to even address the issue is indicative of white reticence to touch issues regarded as sensitive to black people. One consequence of this reticence is that white people are being gradually moved into a subordinate position in which self-defense is proof of racism and the expectation of police protection is white privilege.

A racially diverse political entity cannot exist in peace with equal rights and protection of law if one race is taught to hate another or races are taught to hate one other.  In the United States for many years blacks have been taught to hate whites.

Blacks and whites are taught that being white is a privilege that prevents social justice.  This privilege allegedly comes from whites as slave owners who have continued their dominance over blacks. In the consciousness that has been created for blacks, whites were the only slave owners and blacks the only slaves.  As the syllogism goes, slavery is racism.

Therefore, white Americans are racists.  This is the lesson in school and university classrooms and it is the message of the New York Times 1619 Project.

This is not a formula for the success of our racially diverse society.  Yet it is the formula that white liberals, white progressives, and white leftists have created and institutionalized.

Donald Trump is especially hated, because he was elected by the “racist white working class,” the “Trump Deplorables.”  All propaganda organs are allied against Trump.  If white Americans cannot see through the propaganda and put Democrats in control, they will have cut their own throats. The outcome of the November election will tell us if Americans are irredeemably stupid.