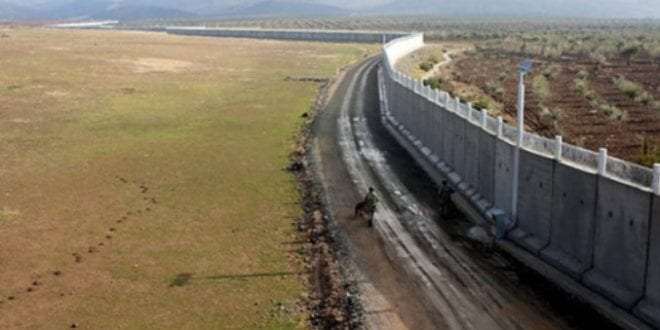 Todd Bensman: Much of the noise accompanying President Trump’s partial justification for a wall concerns the veracity of a general threat: that Islamist terror travelers in the flow of “special interest aliens” (SIAs) might easier breach the southern border without one.

Critics in the media and among Democratic members of Congress argue with vehemence that the administration is trafficking in ridiculous, baseless fear-mongering.

Well, if that’s the case, how would these skeptics explain away the fully committed belief in this special interest aliens threat by President Barack Obama’s DHS Secretary, in 2016? writes Todd Bensman at Middle East Forum.

Bensman is a Texas-based senior national security fellow for the Center for Immigration Studies. For nearly a decade, Bensman led counterterrorism-related intelligence efforts for the Texas Intelligence and Counterterrorism Division.

As CIS first disclosed in September 2018, Former DHS Secretary J. Johnson was a stout believer in the threat posed by migrants from the Middle East, South Asia, and the Horn Africa who were streaming through Latin America and reaching the American southern border.

Was Johnson also a crank in 2016 for ordering up a massive, whole-of-government initiative specifically to reduce the threat to national security of special interest aliens?

Because that’s just what he did, via this June 24, 2016 memorandum to many of his top homeland security agency deputies.

Johnson confirmed to me in a telephone call that the memo was indeed his, although he didn’t want to talk about it on the record. He said I could let the memo speak for him. So we went off the record, and I’ll honor that agreement.

The three-page memorandum was titled “Cross-Border Movement of Special Interest Aliens”. It was sent in the waning days of President Obama’s administration to 10 top law enforcement chiefs responsible for border security.

What followed were orders that demanded the “immediate attention” of the nation’s most senior immigration and border security leaders to counter the threat with a “multi-DHS Component SIA Joint Action Group.” This task force was to take on the newly important threat of migrants from Muslim-majority countries to the southern land border.

“As we all appreciate, SIAs may consist of those who are potential national security threats to our homeland,” the secretary wrote. “Thus the need for continued vigilance in this particular area.”

Elsewhere, Johnson cited as justification for the consolidated agency effort “the increased global movement of SIAs.”

The memo outlined plan objectives. Intelligence collection and analysis, he wrote, would drive efforts to “counter the threats posed by the smuggling of SIAs.”

Coordinated investigations would “bring down organizations involved in the smuggling of SIAs into and within the United States,” he wrote.

Johnson saw a need to educate the general public about what was about to happen. Public affairs staffs would craft messaging that the new program would “protect the United States and our partners against this potential threat.”

Johnson’s 2016 directive did not occur in a vacuum. At the time, he and other national security leaders would have been aware that in 2015-2016, attacks by ISIS terrorist operatives, sympathizers, and returning fighters were afflicting European allies.

Many of these plots and attacks, particularly those involving high casualties in Paris and Brussels, were conducted by operatives who were smuggled in camouflaged among millions of illegal immigrant asylum seekers, who traveled long distances to the continent’s external borders.

Those who want to mock and ridicule the idea that terrorist operatives might want to use migration trails to claim asylum at the American southern border will have to include the likes of Democrat Jeh Johnson alongside President Trump’s people.

Or, these knee-jerk naysayers could intellectually open up to the possibility that maybe smart professionals with access to actual intelligence might be on to something real.

The article was first published here.