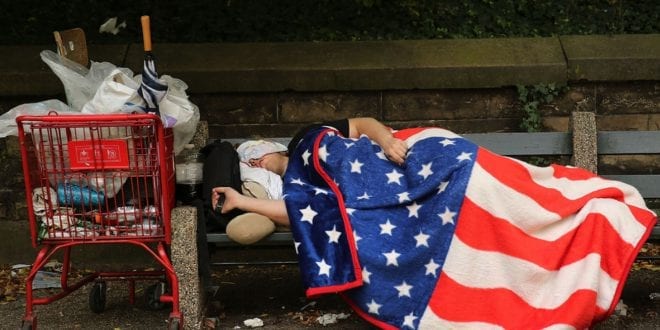 Herland Report: The current level of divisiveness in the declining West is sad to watch. The stupidities of the American political and media theatre on impeachments and ongoing allegations of treason and who-lied-to-who is a complete mess.

It demonstrates to the world that we have lost order, respect and cultural dignity.

[pullquote]Today, greed and lust, selfishness and cultural decay are the main character traits of Western civilization. [/pullquote] Our civilization used to be a beacon of light into the world.

The industrial revolution, the growth of the original form of capitalism which redistributed wealth and caused millions to rise from poverty.

The Protestant ethic with a clear moral standard. The ideal was not to lie, not to steal from others, not to covet that which belongs to others.

It implemented moral ideals such as be faithful, trustworthy, patient with perseverance. Be humble. Trust was the main driver in the rise of the original form of capitalism.

Note the sad words of the Russian Defense Minister, General Sergei Shoigu below.

We long failed to understand the essential nature of what was going on around us. If the West had continued to behave as it began behaving in Gorbachev’s time – if it had kept all its promises, not moved NATO ever closer to our borders, not expanded its influence in our near abroad, not gotten involved in the internal affairs of our country – then it seems to me that the West would ultimately have succeeded in everything.

They would have succeeded in attaining the objective they had set themselves — the objective of destroying and enslaving our country, as the West did to the former Soviet republics.

The process of recovering our common sense began in 1999. From that moment we have fought for all we are worth through difficulty and hardship to reach a situation whereby today the world has, nevertheless, ceased to be a unipolar world.

And the West, naturally enough, is not at all happy about this, it is exerting every effort to recover for itself the monopoly of influence in the world.

Some people believe that the West’s wide-ranging overt opposition to Russia began only five years ago – with Ukraine and Crimea. But that is a mistake.

I would recommend a detailed recollection of precisely what went on in the 1990’s, in 2008, in 2013. What drivel was said and written about us at a time when we were preparing for the Olympic Games in Sochi.  And this was by no means just a manifestation of information warfare.

I don’t wish to delve into the specifics. But from my viewpoint the significance of what is happening is as follows: the West long ago created the templates and algorithms for the overthrow in any country of any legitimate authority it deems inconvenient.

Of course, all this is done under the banner of promoting democracy.

Or in the former Yugoslavia, which with their “democratic” bombings in 1999 they forcibly dismembered into six countries.

And you can just forget about sovereignty and independence following any American intervention. And is it a surprise to anyone that the majority of oilfields in that same Libya belong to American companies or companies under US control?

Our Western colleagues love to accuse Russia of waging some sort of “hybrid wars.” But I have to say that it is the West itself that is waging real hybrid wars.

Right now, for instance, while leaving Afghanistan in a state of semi-devastation, the Americans are diligently making a fuss in Venezuela – also, of course, for the sake of “the triumph of democracy”.

Dr. Paul Craig Roberts is the chairman of The Institute for Political Economy, former associate editor of the Wall Street Journal, and a well known author of many books. He is also a regular contributor to the Herland Report news site as well as The Herland Report TV Show. He has had careers in scholarship and academia, journalism, public service, and business. He has been awarded the Treasury Department’s Meritorious Service Award for “his outstanding contributions to the formulation of United States economic policy.”
Previous Muslimske Trond Ali Linstad truet på livet av islamister
Next Interview with PR guru, Woodley Auguste: The fall of Western Journalism