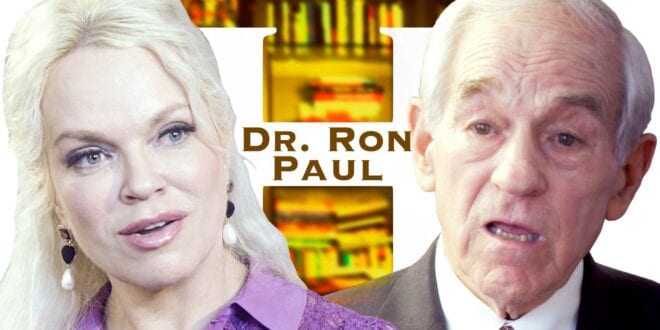 TV interview: The dollar does not deserve to be the reserve currency, says Dr. Ron Paul

Herland Report TV: Historian Hanne Nabintu Herland sat down with former US Senator, Ron Paul to discuss the future of the US dollar as reserve currency. Will we see the end of the US dollar or will the debt economy and free printing fuel a new surge in interest for the US currency world wide?

“We will push the dollar over the edge eventually, because we keep printing too many,” says Dr. Ron Paul, former presidential candidate, Congressman, Libertarian, author and founder of The Liberty Report.

“The end of a system bears a lot on the psychology. The dollar doesn’t deserve to be the reserve currency of the world, but we’re still a power house and people are depending on it. Yet, it used to be 60% of the reserve currency but has decreased to 40% now, so it gradually being eroded.”

“That’s the way stock market crashes come. They come with events that are unpredictable. Yet, the trends are predictable because of the way that we print money.”

“It causes excessive debt, excessive speculation, imbalance and there is a limit to it. Even if the governments won’t back off. The market will eventually make us back off. I think that this is happening now.”