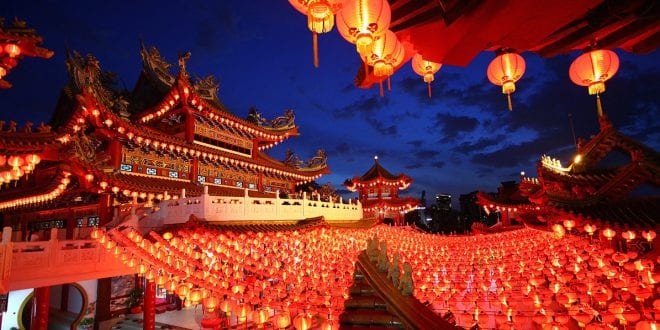 Herland Report: The New Silk Road: Russia-China-Iran takes control: Russia-China-Iran alliance is taking Afghanistan’s bull by the horns: Chinese Foreign Minister Wang Yi is on a Central Asian loop all through the week. He’s visiting Turkmenistan, Tajikistan, and Uzbekistan. The last two are full members of the Shanghai Cooperation Organization, founded 20 years ago.

The SCO heavyweights are of course China and Russia. They are joined by four Central Asian “stans” (all but Turkmenistan), India and Pakistan. Crucially, Afghanistan and Iran are observers, alongside Belarus and Mongolia, writes Pepe Escobar for Asia Times.

And that leads us to what’s happening this Wednesday in Dushanbe, the Tajik capital. The SCO will hold a 3 in 1: meetings of the Council of Foreign Ministers, the SCO-Afghanistan Contact Group, and a conference titled “Central and South Asia: Regional Connectivity, Challenges and Opportunities.”

At the same table, then, we will have Wang Yi, his very close strategic partner Sergey Lavrov and, most importantly, Afghan Foreign Minister Mohammad Haneef Atmar. They’ll be debating trials and tribulations after the hegemon’s withdrawal and the miserable collapse of the myth of NATO “stabilizing” Afghanistan.

Let’s game a possible scenario: Wang Yi and Lavrov tell Atmar, in no uncertain terms, that there’s got to be a national reconciliation deal with the Taliban, brokered by Russia-China, with no American interference, including the end of the opium-heroin ratline.

Russia-China extract from the Taliban a firm promise that jihadism won’t be allowed to fester. The endgame: loads of productive investment, Afghanistan is incorporated to Belt and Road and – later on – to the Eurasia Economic Union (EAEU).

The New Silk Road: Russia-China-Iran takes control: The SCO’s joint statement on Wednesday will be particularly enlightening, perhaps detailing how the organization plans to coordinate a de facto Afghan peace process farther down the road.

In this scenario, the SCO now has the chance to implement what it has been actively discussing for years: that only an Asian solution to the Afghan drama applies.

Sun Zhuangzhi, executive director of the Chinese Research Center of the SCO, sums it all up: the organization is capable of coming up with a plan mixing political stability, economic and security development and a road map for infrastructure development projects.

The Taliban agree. Spokesman Suhail Shaheen has stressed, “China is a friendly country that we welcome for reconstruction and developing Afghanistan.”

After economic connectivity, another SCO motto encouraged by Beijing since the early 2000s is the necessity to fight the “three evils”: terrorism, separatism and extremism.

All SCO members are very much aware of jihadi metastases threatening Central Asia – from ISIS-Khorasan to shady Uighur factions currently fighting in Idlib in Syria, as well as the (fading) Islamic Movement of Uzbekistan (IMU).

The Taliban is a way more complex case. It’s still branded as a terrorist organization by Moscow. Yet on the new, fast-evolving chessboard, both Moscow and Beijing know the importance of engaging the Taliban in high-stakes diplomacy.

Wang Yi has already impressed upon Islamabad – Pakistan is a SCO member – the need to set up a trilateral mechanism, with Beijing and Kabul, to advance a feasible political solution to Afghanistan while managing the security front.

Here, from China’s point of view, it’s all about the multi-layered China-Pakistan Economic Corridor (CPEC), to which Beijing plans to incorporate Kabul. Here is a detailed CPEC progress update.

Building blocks include the deal struck between China Telecom and Afghan Telecom already in 2017 to build a Kashgar-Faizabad fiber optic cable system and then expand it toward a China-Kyrgyzstan-Tajikistan-Afghanistan Silk Road system.

Directly connected is the deal signed in February among Islamabad, Kabul and Tashkent to build a railway that in fact may establish Afghanistan as a key crossroads between Central and South Asia. Call it the SCO corridor.

All of the above was solidified by a crucial trilateral meeting last month among China-Pakistan-Afghanistan Foreign Ministers. Team Ghani in Kabul renewed its interest in being connected to Belt and Road – which translates in practice into an expanded CPEC. The Taliban said exactly the same thing last week.

Wang Yi knows very well that jihadism is bound to target CPEC. Not Afghanistan’s Taliban, though. And not the Pakistani Taliban (TTP), as quite a few CPEC projects (fiber optics, for instance) will improve infrastructure in Peshawar and environs.

Afghanistan in trade connectivity with CPEC and a key node of the New Silk Roads could not make more sense – even historically, as Afghanistan was always embedded in the ancient Silk Roads.

Crossroads Afghanistan is the missing link in the connectivity equation between China and Central Asia. The devil, of course, will be in the details.  Read the full article here.

Previous Alexandr Solzhenitsyn: Men have forgotten God; that’s why all this has happened
Next Vital information about Covid and why doctors who object to vaccines are being cancelled