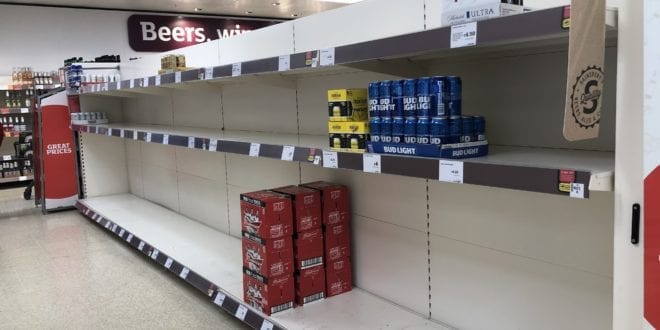 Herland Report: Private Corporate Interests now Rule the World: In the Western World the legitimate national interest of people has become identified with racism and fascism. The leftwing has abandoned the working class and anti-war activity.

Diana Johnstone’s just published book, Circle in the Darkness: Memoir of a World Watcher, is the best book I have ever read.

It is the most revealing, the most accurate, the most truthful, the most moral and humane, the most sincere and heartfelt, and the best written, writes Dr. Paul Craig Roberts.

Private Corporate Interests now Rule the World: Diana Johnstone book, Circle in the Darkness: Memoir of a World Watcher is far more than a memoir.

It is a history that has not previously been written.  If you want the truth of the last 60 years in place of the contrived reality constructed for us by controlled explanations, it is in this book.

This book is so extraordinary in its truthfulness and conciseness that it is difficult for a less gifted writer to do it justice.  It is a book without a superfluous sentence.

Herein I will provide some of the books message.  In future columns I hope to present some of the history in the book.

In the Western World the legitimate national interest of people has become identified with racism and fascism.

The leftwing has abandoned the working class and anti-war activity.

Today the leftwing is pro-war in order to enforce “human rights” on alleged dictators by bombing their peoples into oblivion, thus producing refugees and tag along opportunistic immigrants that flock to the Western aggressor nations.

Self-styled moral censors, such as Antifa, denounce hate while violently hating those they denounce. Everything is settled by controlled explanations that cannot be questioned or examined in debate.

Those who engage in critical free thinking are censored, shouted down, beaten up, fired, and cancelled.  The cancel culture permits no debate, only enthusiastic acquiesce to explanations that have been settled in advance.

Today people are sacrificed to the greed of the global elite as social services are curtailed and privatized.

In the “Western democracies,” democracy–that is, rule by the people and a rule of law– has been extinguished.

European peoples were forced into the European Union at the expense of their national sovereignty despite having voted down EU membership.

Faced with an unacceptable democratic outcome, the ruling elites removed the question from the people by turning EU membership into a “treaty” that could be signed by governments without input from the peoples.

Chastised for allowing the people to decide their own fate, the Irish government collapsed under elite pressure and after a period of intense propaganda in favor of the “treaty” forced it through on a second referendum.

The Western “democratic” media were principal agents of the elite in stripping European peoples of any control over how they are governed.

In the West lies and orchestrated deceit have replaced truth in government and media. Instead of spreading facts and mutual understanding, media have deceived the public in order to gain support for unjustifiable wars.

Deceit “reached an extravagant new peak of danger with the campaign of calumny against Russia” culminating in the preposterous charge investigated by a “special prosecutor” that Hillary Clinton’s defeat was caused by a Putin/Trump plot involving Russian interference in the US presidential election.

“Western values” are constantly invoked, but what are these values?  They are not the values that made the West what it is, or rather was.

These values are rejected.  Free speech is out if it challenges official explanations whether the government’s or the left’s or uses any words that can be misrepresented as “hate speech.”

Democracy is out as demonstrated by the anti-democratic formation of the European Union. Truth is out as it is “offensive.”  Rational inquiry is regarded as denial of emotion-based proclamations.  It goes on and on.

Diana Johnstone notes that government repression is most significant not against violent acts of rebellion but against Julian Assange for exercising press freedom to convey information to the public.

Washington is unable “to view the world other than as a field for exercising US ‘leadership,’ and all who balk are considered deadly enemies.”

Private Corporate Interests now Rule the World: The diplomacy of the US and its NATO vassals consists of dropping sanctions and bombs on those who refuse to submit to Washington’s will, while the West itself dissolves into “diversity” and the mutual hatred of Identity Politics, which has progressed to the point that the transgendered are busy at work hating feminists. Diana Johnstone puts it best:

In a grotesque development, new gender identities are invented, whose ‘cause’ overshadows the real problems of genuinely disadvantaged people.

Economic issues are forgotten as groups mobilize solely to police attitudes.  Billionaires prosper more than ever before, while down below people bicker over safe spaces and toilet use.”

“The countries of the Western world are in a state of schizophrenic overconfidence and self-doubt. Their leaders persist in proclaiming ‘our values’ as the model for the rest of humanity, while their own people are increasingly divided and disillusioned.

“Irrationality and censorship restore chains to thought. Great Men are only statues to be demolished. The common man, once hailed as the hero of a radiant future, has been degraded to a superfluous nuisance, probably racist and homophobic. Ordinary folks have been reassigned from the glorious concept of ‘the people’ to their derogatory redefinition under the rubric of populism’ [and Trump deplorables].

People are reduced to ‘consumers,’ while being told that by consuming, they are destroying the planet.

Identity Politics has not only turned people against each other by group, but its late manifestation, Vegan speciesism, even turns people against people altogether, for being an overprivileged life form.”

What will our future be? Currently we live in a dystopia of deceit.  But the failure of our leaders to deal adequately with a health crisis and their hostility to an economic system that serves people rather than the wealth of elites are marking the Western world as a massive failure.

Will realization of this failure cause the people at revolt as the Yellow Vests have, or will it break the people and further diminish them?

As we are confined at home in an effort to avoid infection and to limit the spread of infection, now is a good time to read a clear explanation of what has happened to us in our time, assess the failures that have undermined our existence as a united and free people, and prepare for reconstructing a livable and humane society.   Diana Johnstone’s book is available from Clarity Press.