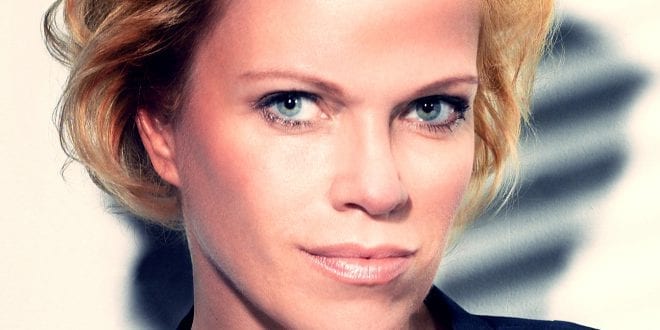 Herland Report: Leading US podcast TradCatNight features Hanne Herland and New Left Tyranny: I often have the pleasure to participate on the TradCatNight Show, this time about my new book New Left Tyranny. The Authoritarian destruction of our way of life (starts at 3.40 into the show).

As the West crumbles under the weight of financial crisis by political choice as seen in the Corona Scandal, I analyse (from 3.50 onward into the show) the Corona pandemic effects as a new normal is ahead of us. (Feature photo: Steffen Aaland)

We discuss China’s role and did Dr. Tedros who is China’s man at the WHO wilfully report horror scenarios to the EU leaders on March 10, producing the shutdown of European economies by political choice? It is the first time in history that state leaders stop their own economic growth .

We also discuss the current Black Lives Matter (BLM) riots. I question who is behind the politization of the riots into looting and stealing, as mostly white rioters are seen in many photos.

The New Left Tyranny is available on USA Amazon, UK Amazon here (or browse your local country Amazon for the book) on Barnes and Noble, Faith Life Books, Books a Million and others. Kindle version here.

In the interview, I ask who wants a Gene Sharp style unrest in the United States?

I guess the funders of BLM, Antifa and the result will be massive support for Donald Trump law and order from regular Americans.

TradCatNight Show:  Since the BLM number one demand is for the democratically elected US president Trump to go, it seems even more likely that the riots now are part of a political campaign.

With the recent news of BLM donations going straight into the Democratic Party fundraising for presidential campaigns, it may look like black lives are the ones who are likely not to gain from this movement.

As the world is watching the millennials and anarchists tear American cities apart, while Democrat governors hope to dismantle the police force, it seems that political forces are hoping for war and lawlessness.

It analyses the developments from World War II onward, focusing on the Marxist rebranding into neo-Marxism, a movement that led to the New Left 1960s student revolutions.

Fifty years later, the tearing down of the traditional, historical values that once built the West, is completed.

The neo-Marxists control the universities and have worked very hard to dismantle history in such a way that it now seems as though there is nothing good with the white race, Christianity, cultural heritage, historical Western greatness or anything else connected to the West.

Yet, rich white men a control the United States and also seem to fund Antifa, BLM and rioters. While Identity Politics tear apart national unity, the people are being looted as the rise of the 0.01 % mark the reentry of feudalism in our time.

Globalism and its transnational structure is discussed in the new book New Left Tyranny and the dismantling of the working class. Will Donald Trump win the next election?

I suspect: yes, because the regular Americans will vote for the opposite of anarchy. Everyone knows that the Black Lives Movement somehow got compromised and watching the looting and burning of American cities by Democrat supporters may easily tilt many to vote for “Law and Order Trump”.

The New Left Tyranny is available on USA Amazon, UK Amazon here (or browse your local country Amazon for the book) on Barnes and Noble, Faith Life Books, Books a Million and others. Kindle version here.

Leading US podcast TradCatNight features Hanne Herland and New Left Tyranny: Also check out these topics at CNN or FOX News. Other sources may be New York Times, USA Today, the Washington Post or from the British angle, BBC, The Guardian, The Telegraph or Financial Times.

Previous America is losing its soul, the end of United States ahead?
Next America has become a source of hatred at home and abroad – Paul Craig Roberts