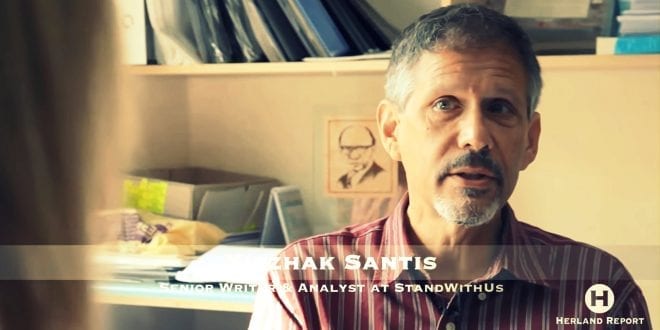 TV interview Yitzhak Santis: Political Islamism is not the religion of Islam

Herland Report (HTV): “Islamism is an ideology, it is not a religion. It is not the religion of Islam. And these radical Islamist movements are a major threat to Liberal democratic societies,” says Yitzhak Santis, senior writer and analyst at StandWithUs, an Israeli organization that counters Western antisemitism. He is a former chief programs officer at NGO Monitor.Watch the trailer here.

For many years, Hanne Nabintu Herland has travelled the Middle East, speaking to various groups in the multicultural layers of the Middle Eastern fabric.

In a series of interviews, we will hear the voices of leading intellectuals from the region and their perspectives on current affairs. Their views illustrate how far from the current Western narrative the reality on the ground in the region often is.

“The rise of ISIS and other jihadi organizations, Islamic Jihad, Hmas, Al Nusra Front and so on, this radical Islamist Ideology is in the 21st century what Communism and Fascism was in the 20th century.”

“The sooner the West wakes up and understands that Radical Islamism aims to destroy Liberal Democracies, this is their dream, the better off we will all be.”

“Most of the Arab leaders in the 20th century were Arab nationalists: Nasser in Egypt, Grand Mufti of Jerusalem, Amin al-Husseini, Muammar Gaddafi in Libya.”

“But Arab nationalism never really took hold in the Arab masses, it disintegrated as a hub of identification for the Arab peoples after 1967. It was at that time that Islamism began to assert itself.”

“Islam is a civilization in crisis at the moment. Most Muslims who have died since 1945, some 11 million Muslims have been killed mostly by other Muslims. We see in Iraq and Syria a horrific movement that is not only anti-Western, but it is eating itself.”

“The tumult that we see in Islam today is in its own way very similar to the tumult we saw in Europe in the 19th and 20th century when traditional European societies confronted modernity. When barriers began to fall between religions, ethnicities, when the ideas of Liberal democratic values began to take hold and traditionalists rose up against that.”

“We are seeing something similar today in the Arab Islamic world, where Islam is being confronted by modernity. There is a demand in the Arab street for Liberalism and democracy. We saw that in Tahrir Square, in Iran and elsewhere. The traditionalists, the religionists, the kings and dictators are opposed to it, and a counter revolution is being unleashed in the Arab Muslim world.”

The Herland Report believes in freedom of speech and its editorial policy resides above the traditional Left vs Right paradigm which we believe has lost its relevance and ability to describe the current driving forces in Western politics.
We regularly feature a variety of opinion and analysis from a number of commentators from across the political spectrum.

Herland Report: The wealth gap is at the highest since the late 1930s and … 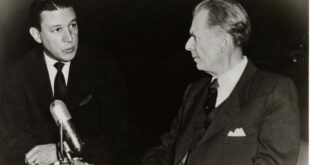