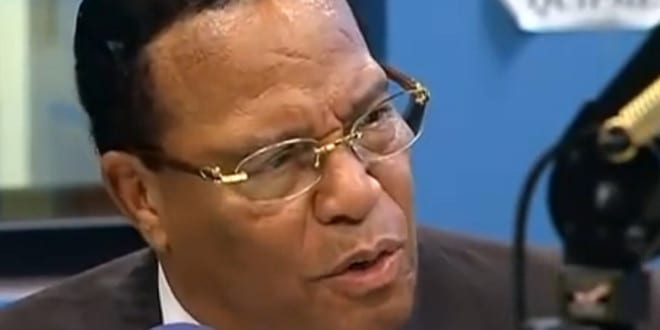 Louis Farrakhan prediction on Libya: It is remarkable in retrospect to review the American islamic preacher, Louis Farrakhan speech to president Obama before the Libya war, 2011. He quite clearly predicted the mess both Libya and Europe is now in.

Farrakhan says: “Our dear brother (then president Obama) has to be very careful in what he and his Secretary of State, Sarkozy, Cameron are planning. They would love to go into Libya and kill Muammar Gaddafi and his children, like they did with Saddam Hussein and his sons Hussein and Udein.”

Louis Farrakhan prediction on Libya: “You must remember, that whenever governments wants you to think or act in a certain way, in order to justify doing what they are already planning, they must make the person they hate into a boogeyman.”

“No one wants a civil war.  It is the bloodiest of all kinds of wars, because you are fighting your own brothers. The ones from your own culture and history. In every nation there is dissatisfaction. What the CIA does is go into a nation, and move among the people that are dissatisfied, and stimulate regime change.”

“So, what about Libya? How much money is being spent to arm the rebels? They are dissatisfied. Do they have jobs, food? Yes. Did Gaddafi used oil money to build Libya? Did he discover water under the Sahara desert and brought all that water all over Libya? Yes. Did he impose farming in the desert so that they could feed the people? Yes. So, something is behind all this.” Herland Report: COVID Jab Effects? In the wake of the COVID jab rollout and additional …

Herland Report: American Totalitarianism: As we watch how intolerance, repression of diversity and totalitarianism …