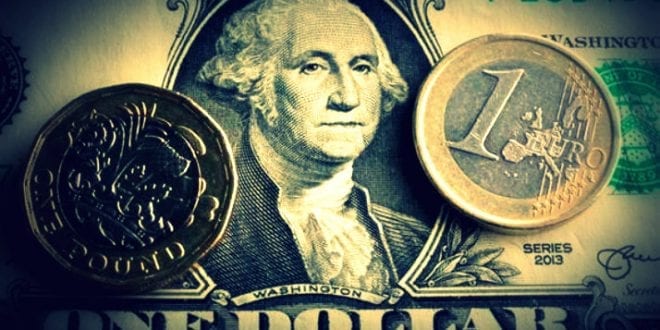 American Economy has been great only for large equity owners

Herland Report: Paul Craig Roberts: We are having a propaganda barrage about the great Trump economy. We have been hearing about the great economy for a decade while the labor force participation rate declined, real family incomes stagnated, and debt burdens rose.

The economy has been great only for large equity owners whose stock ownership benefitted from the trillions of dollars the Fed poured into financial markets and from buy-backs by corporations of their own stocks, writes one of America’s leading political economists, Dr. Paul C. Roberts at The Herland Report.

I have pointed out for years that the jobs reports are fabrications and that the jobs that do exist are lowly paid domestic service jobs such as waitresses and bartenders and health care and social assistance.

What has kept the American economy going is the expansion of consumer debt, not higher pay from higher producivity. The reported low unemployment rate is obtained by not counting discouraged workers who have given up on finding a job.

Do you remember all the corporate money that the Trump tax cut was supposed to bring back to America for investment?

It was all BS.  Yesterday I read reports that Apple is losing its trillion dollar market valuation because Apple is using its profits to buy back its own stock.

In other words, the demand for Apple’s products does not justify more investment. Therefore, the best use of the profit is to repurchase the equity shares, thus shrinking Apple’s capitalization.

The great economy does not include expanding demand for Apple’s products.

I read also of endless store and mall closings, losses falsely attributed to online purchasing, which only accounts for a small percentage of sales.

Federal Reserve data reports that a large percentage of the younger work force live at home with parents, because the jobs available to them are insufficient to pay for an independent existence. How then can the real estate, home furnishings, and appliance markets be strong?

When a couple of decades ago I first wrote of the danger of jobs offshoring to the American middle class, state and local government budgets, and pension funds, idiot critics raised the charge of Luddite.

The Luddites were wrong. Mechanization raised the productivity of labor and real wages, but jobs offshoring shifts jobs from the domestic economy to abroad.

Domestic labor is displaced, but overseas labor gets the jobs, thus boosting jobs there. In other words, labor income declines in the country that loses jobs and rises in the country to which the jobs are offshored.

This is the way American corporations spurred the economic development of China. It was due to jobs offshoring that China developed far more rapidly than the CIA expected.

In contrast, Robotics, instead of displacing labor, eliminates it. Unlike jobs offshoring which shifted jobs from the US to China, robotics will cause jobs losses in both countries. If consumer incomes fall, then demand for output also falls, and output will fall. Robotics, then, is a way to shrink gross domestic product.

The tech nerds and corporaions who cannot wait for robotics to reduce labor cost in their profits calculation are incapable of understanding that when masses of people are without jobs, there is no consumer inome with which to purchase the products of robots.

The robots themselves do not need housing, food, clothing, entertainment, transportation, and medical care. The mega-rich owners of the robots cannot possibly consume the robotic output.  An economy without consumers is a profitless economy.

Instead, the US, a country facing many crises, is focused on whether President Trump obstructed investigation of a crime that the special prosecutor said did not take place. A country incapable of dealing with real problems has no future.

Dr. Paul Craig Roberts is the chairman of The Institute for Political Economy, former associate editor of the Wall Street Journal, and a well known author of many books. He is also a regular contributor to the Herland Report news site as well as The Herland Report TV Show. He has had careers in scholarship and academia, journalism, public service, and business. He has been awarded the Treasury Department’s Meritorious Service Award for “his outstanding contributions to the formulation of United States economic policy.”
Previous On endless repeat Iraq, Libya, Syria, Venezuela – Regime killing its own
Next TV intervjuet: Dollarens, geopolitikk og kriger – Tommy Hansen