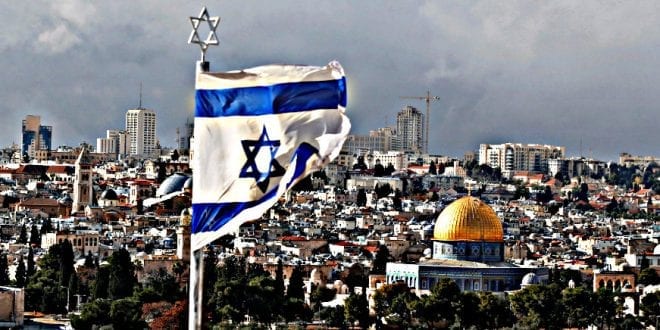 Other Israeli also traveled to the United Arab Emirates, one to attend a sporting event and another for a conference, writes executive director of the Middle East Center for Reporting and Analysis, Seth J. Frantzman in The Jerusalem Post. He is also a former assistant professor of American Studies at Al-Quds University.

Since the 1990s, when Israel signed the Oslo Accords and made peace with Jordan, there were increasing ties to several Gulf countries. This included the opening of trade offices. However, relations became frozen during the Second Intifada (2000-2005).

In the last decade, a thaw has taken place. Katz said during his visit that his trip and others were “part of a wider trend of strengthening ties between Israel and the Gulf countries based on common interests and a mutual recognition of the potential benefits for both sides, both in terms of contending with common challenges and threats, as well as opportunities.”

The transportation minister’s visit to Oman coincided with his discussions about a rail link or “tracks of regional peace” that could one day foresee linking Israel with the rest of the Arab region. He discussed the plan at the IRU Congress that met in Muscat from November 6 to 8.

Currently, Israel has relations with Jordan and Egypt. Jordan has been seeking to expand its very limited rail network; the Gulf states and Saudi Arabia are all laying plans for major infrastructure projects involving rail and transportation.

With Jordan as a regional transportation hub, Israel could be hooked up to a powerful network of regional states. This would also aid the Palestinian economy. “It will create an additional trade route in the region, which is shorter, faster and cheaper,” Katz said.

With Saudi Arabia pioneering major economic reforms, called Vision 2030, the region is on the verge of an economic revolution after years of stagnation.

Saudi Arabia is one of the largest economies in the region, but it wants to diversify and is laying plans for nuclear energy, investments in desalination and other projects. Israel and the UAE are perfectly positioned, with roughly the same GDP, to benefit and contribute to this regional awakening.

Eight years since the Arab Spring began at the end of 2010, the Middle East is still recovering from the instability and terrorism that became the dark side of the spring.

Out of the chaos and instability came the extremism of Islamic State. The defeat of ISIS has now led to a new struggle by Iran and its adversaries for regional hegemony. All of this has overshadowed Israel’s important role in regional security and relationships. Katz’s visit shows that attitudes are changing.

“This is the first time an Israeli minister has been formally invited to participate in an international conference in Oman,” his office noted. He described Qaboos as an experienced and impressive leader.

“I was moved to receive such a warm welcome in Oman as an Israeli minister and take part in Oman’s traditional sword dance.” It is a sign of Israel’s growing strength.

Katz’s vision of a network of rail links may take decades to come to fruition, but it is an important symbol of the way the region may trend towards stability. A stable Middle East, as has been illustrated by the last decades of conflict, is essential for global stability.

The Herland Report Scandinavian news site, TV channel on YouTube and Podcasts have millions of readers/viewers yearly. It is a great place to watch interviews and read the articles of leading intellectuals, thought leaders, authors and activists from across the political spectrum. The Herland Report believes in freedom of speech and its editorial policy resides above the traditional Left vs Right paradigm which we believe has lost its relevance and ability to describe the current driving forces in Western politics.
Previous Peace in Libya: National reconciliation with Saif al-Islam? Corriere della Serra
Next #Palermo Let Libya decide fate of Libya – Saif al-Islam Gaddafi