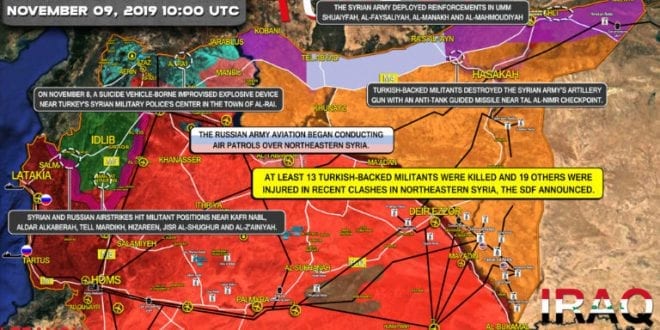 Herland Report: The silence in the Western media as the Kurds ally with Assad is remarkable.

It is described as “natural”, hardly anyone commenting on its implications. Wasn’t it so that Assad is “the devil”? Did we not hear nothing but that for years?

The Western narrative has changed dramatically after Russia won the war in Syria.

Syria has, for some time, not quite caught the headlines as it used to, understandably enough as the US pulling out.

The US is to keep forces at the Syrian oil fields despite withdrawing its forces from Syria. Predictably enough.

The geopolitical globalist quest for oil and gas is at the core of international warfare and this, of course, has been the value of the Kurdish militia guarding the Syrian oil fields.

Listen to the Russian battle front explanation below about the new Assad Kurdish Alliance, as Israel reacts to US pull out.

As we predicted long ago, the Kurdish militia would be left – again – without a Kurdistan. Since the SDF replaced ISIS guarding Syrian oil fields, it has been quite a relevant question.

Why the Western media gets so excited every time the US decides to use the Kurdish, is a mystery. It is equally a mystery that it is hardly mentioned when time and again the dream of Kurdistan fails.

[pullquote]The Kurds would have been better off supporting Assad in the first place.[/pullquote]

From being allied with the Americans, the Kurdish now turn to Assad. To choose Erdogan looks quite impossible, as the Kurds have spent the past years acquiring enemies on every front.

We asked when it first became known that the US stepped up the support to Kurdish militia: Why do the Kurds keep hoping again and again that the US will provide and secure the implementation of Kurdistan as a nation state?

When are they going to realize that the US serves US interests, not the Kurds? After all, the US has abandoned them several times before. Now the US is apparently leaving Syria, again.

The major entry of the Kurds onto the stage of the Syrian war came in the 2015 aftermath of ISIS’ failure to perform showdown in Damascus. That was when the US suddenly decided to support the Kurds’ fight for a nation state.