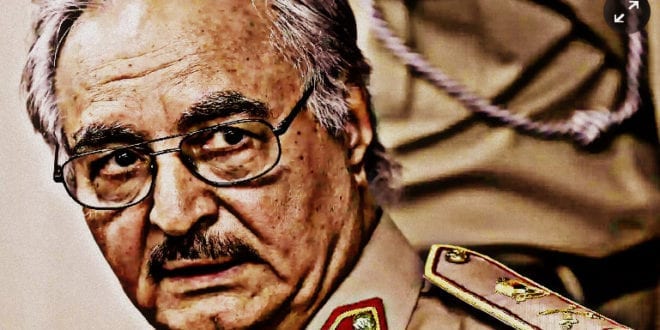 What is ahead for the fate of Tripoli in the days ahead remains to be seen, but many Libyans seem to disagree with Western leaders who are embracing General Khalifa Haftar, who has ordered his soldiers to commit war crimes.

This is according to The Guardian, and evidence that has been analysed by senior legal experts. Both Amnesty International and Human Rights Watch have submitted protests against Haftar’s Libyan National Army’ war crimes.

Of course someone has to clean up in Libya, this is quite clear. Yet, if war crimes and massacres happen at the hands of US citizen, Haftar, who is the West’s choice for new Libyan leader, many complain that massacres are now happening, again backed by the West.

The allegation of human rights abuses by General Khalifa Haftar, a former CIA asset who controls nearly half of Libya from his base in the east, comes as the general is due to arrive in Rome on Tuesday, where he will be received by Italian officials.

The visit is a radical departure for Italy, who had previously shunned Haftar and seen him as a major obstacle to stability in the region because of his refusal to recognise the UN-backed government in the west.

The two experts – a former top Pentagon attorney and a former official at the international criminal court – said that newly unearthed video evidence suggests that Haftar has been complicit in calling for extrajudicial killings and the unlawful siege of the eastern port city of Derna.

In one case, he is believed to have called for the “choking” of Derna just a day after he met Boris Johnson, the UK foreign secretary, in Benghazi.

The new assessment, published on the Just Security blog, follows the recent issuing of an arrest warrant by the ICC for Mahmoud Mustafa Busayf al-Werfalli, a member of Haftar’s Libyan National Army. Werfalli stands accused of executing prisoners himself, as well as commanding others to carry out extrajudicial killings. Read the full article here. Countries that constitute the West are no longer nations, no common values, no unifying forces

The West no common values: On Christmas eve in Paris the police were battling …