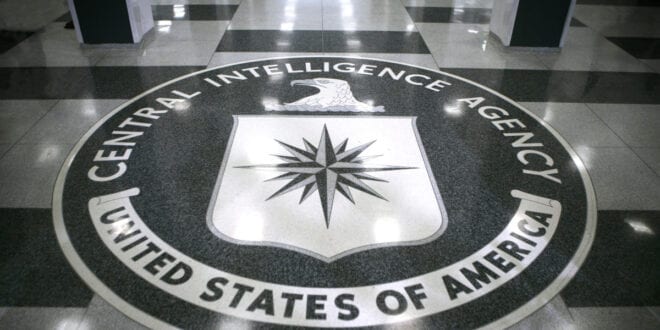 45 years on, US Intelligence Rehabilitates a Major Cold War Failure

Herland Report: Steve Brown: 45 years on, US Intelligence Rehabilitates a Major Cold War Failure: There are several CIA theories about what happened to Soviet defector Nick Shadrin after his disappearance in 1975, none particularly credible.

Shadrin (true name: Nikolai Artamonov) was a Soviet defector to the West, a US intel asset secretly working for the KGB. In other words, a double agent.  Some renditions portray Shadrin as being a triple agent, but we shall never know for certain.

Shadrin ‘disappeared’ in Vienna on December 20th, 1975, in an operation staged by the Central Intelligence Agency and FBI, writes Steve Brown for The Herland Report.

45 years on, US Intelligence Rehabilitates a Major Cold War Failure: The intent of that CIA-FBI operation was to lure alleged KGB Major “Igor Kozlov” (code name: Kitty Hawk) to a meeting with Shadrin. The CIA/FBI believed that Kozlov would thus reveal valuable counter-intelligence information to Shadrin and so back to US intel agencies.

One major problem though… unbeknownst to US intelligence, KGB Major “Igor Kozlov” did not exist as anything other than a cutout.  Even though the FBI decided to the contrary, to this very day the CIA and Defense Intelligence Agency maintain that Major Igor Kozlov did exist (not to be confused with Alexei Kozlov) and that US intelligence received important information from the fraudulent KGB Major.

45 years on, US Intelligence Rehabilitates a Major Cold War Failure: Yes, it was KGB Major Kozlov or Kitty Hawk who supposedly outed the ‘mole’ Sasha.  Of course Sasha is the mole that eccentric and somewhat deranged CIA counter-intelligence head ‘Jesus’ Angleton pursued for fifteen years, until Angleton was fired from the agency.

But both Sasha and Kitty Hawk were frauds, wasting tax dollars, and operational capacity. The damage to both services, and US intelligence operations as a whole was incalculable, and has never been formally addressed by any US intelligence service.  After the avidly pro-Israel Angleton was fired for his many years of botched CI operations including the Shadrin case (not to address Oswald here) Angleton became embittered, and died a broken man.

So, what of Shadrin* aka Nickolai Artamonov? What happened to him?  Various reports state that Shadrin was murdered in December of 1975 by either the CIA or KGB by various means and/or misadventures.  However, the likely scenario is far more mundane. According to sources known to Corson and Trento — and vehemently denied by the Central Intelligence Agency – Shadrin (Nikolai Artamonov) returned from Vienna to his first wife and son subsequent to completing his successful mission.

In 1977 KGB sources declared that Artamonov had been killed by the CIA then in 1985 and 1993 that he died accidentally in Vienna. Of course western intelligence would not swallow such stories but concluded that their defector-cum-agent Shadrin was dead by Soviet hands… and that guaranteed Artamonov and his family a quiet life free from any attempt by the CIA to assassinate him.

Then in a twist only ‘spooks’ can appreciate — while pushing the very boundary of reality — in December 2019, the Defense Intelligence Agency added Nick Shadrin’s name to the “Patriot’s Memorial Wall” as being a “Cold War Hero”.

Whether this intelligence agency recognition of a double agent (probably sent with enormous damage to US counter-intelligence) is intended to complement the CIA’s Operation Beluga  is of course unknown.  [Note, with irony, that Shadrin’s true name Nikolai Artamonov is not documented in the award press release.]

What may have prompted the DIA’s bizarre behavior here, is that Shadrin successfully contributed to the Red Scare precisely sixty years ago by testifying before the House Committee on Un-American Activities (September 14, 1960).

Appearing in a rather strange get-up supposedly to disguise him, Shadrin warned of the Red Menace and the Communist threat to expand its Navy and submarine fleet to threaten the West.  Shadrin had proved his bona fides to the US, and very well.

Shadrin’s testimony was so effective that sixty years on the Deep State has chosen to honor him as a Cold Warrior hero, despite the fact that he was a successful sent agent who duped both the FBI and CIA for many years.  In other words, the truth is precisely the opposite of what the US intelligence services would have us believe.

But when has truth ever mattered to US intelligence services?  Not sixty years ago – not 1985 — and certainly not now..

*When he defected, the CIA chose the name ‘Shadrin’ for Artamonov for reasons unknown, but one criteria was that the name must not be present in the Washington DC phone book.