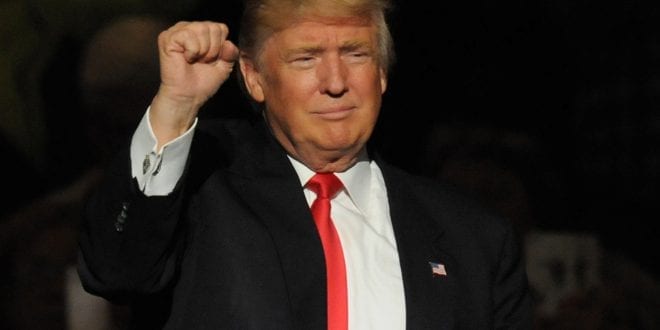 Trump Reelection Is Already Discredited as a Coup Against Democracy

Herland Report: Trump reelection is already discredited as a coup against democracy, even before the November election: On September 8, I provided a link to the Democrats’ Transition Integrity Project (TIP) launched “out of concern that the Trump Administration may seek to manipulate, ignore, undermine or disrupt the 2020 presidential election and transition process.”

On September 10 and 12, I followed up with articles pointing out that the presstitutes, both domestic and foreign, were preparing people to expect an American color revolution.  The supposition is that a Trump win could only be the result of fraud or Russian interference, and that Americans cannot tolerate a second Trump stolen election, writes Dr. Paul Craig Roberts, a regular contributor to The Herland Report.

Response from the Ignorant Rude, which is all the American educational system is capable of producing, was “conspiracy theorist!”  These people are so dumb that they attribute what the Democrats and presstitutes are themselves saying to me.

Trump reelection is already discredited as a coup against democracy, even before the November election: Realizing how comprehension-impaired so many Americans are, C.J. Hopkins lists some of the media statements preparing Americans for the color revolution against Trump:

“This Election Has Become Dangerous for the U.S. Military” — Foreign Policy

“All Enemies, Foreign and Domestic”: An Open Letter to Gen. Milley (“If the commander in chief attempts to ignore the election’s results, you will face a choice.)” — Defense One

“Is Trump Planning a Coup d’État?” — The Nation

“What happens if Trump loses but refuses to concede?” — Financial Times

“What If Trump Won’t Leave?” — The Intercept

“How to Plan a Coup” — Bill Moyers on Democracy

“Whose America Is It?” — The New York Times

Trump reelection is already discredited as a coup against democracy, even before the November election: Examine these statements.  The picture painted is that a Trump “win” is really a coup, and he will have to be driven from office.  Note that the expected coup is defined as Trump’s re-election, not the coup gamed by TIP against Trump.

Note also that these presstitutes are so stupid that it does not occur to them that with the CIA, Pentagon, FBI, and Department of Homeland Security (DHS) all against Trump, who is there to help him with his coup?

Clearly, the Democrats and the presstitutes regard the American public as too dumbshit to notice that Trump cannot pull off a coup all by himself.

In 41 days we are going to know if the American public can be brainwashed by the presstitutes into seeing Trump’s reelection as a coup against democracy.