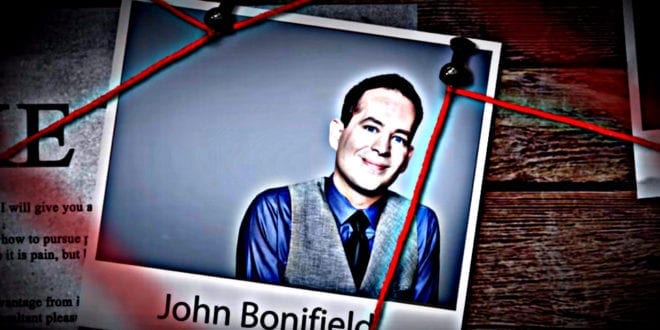 Herland Report: In retrospect of the Russia Gate/Russian collusion turning out to be hoax, we revisit this Herland Report article from 2017:

CNN supervising producer, John Bonifield, who has worked for CNN for 15 years, says:

“The Russia story is basically bullsh*t, it’s mainly bullsh*t right now, we don’t have any giant proof. I just feel that they don’t really have it, but they want to keep digging. We cover it because it gives good ratings.”

“It’ a business. People are like, the media has ethics … All the nicey cute little ethics that used to be talked about in journalism school, that’s adorable. But this is business. They gotta do what they gotta do to make the money, I think. And so I love the news business, but I am very cynical about it, and at the same time so are most of my colleagues.”

“My boss, I shouldn’t say this, my boss yesterday we were having a discussion about this dental shoot and he goes and he was just like I want you to know what we are up against here,” Bonifield told an undercover associate of James O’Keefe’s Project Veritas.

(And before you get on me about O’Keefe’s shady record, CNN said in a statement that the video was legitimate and disputed none of its content, saying only that it stands by Bonifield and that “Diversity of personal opinion is what makes CNN strong, we welcome it and embrace it.”)

Zucker, for his part, told the New York Times in an article published yesterday that he was “entirely comfortable” with CNN’s role in promoting the Russiagate conspiracy theory the way that it did.

“We are not investigators. We are journalists, and our role is to report the facts as we know them, which is exactly what we did,” Zucker said.

“A sitting president’s own Justice Department investigated his campaign for collusion with a hostile nation. That’s not enormous because the media says so. That’s enormous because it’s unprecedented.”

It’s not your job to investigate whether or not you’d be committing journalistic malpractice with the multiple completely bullshit stories your outlet has been humiliated by in the last two years?

It’s not your job to weigh the consequences of deliberately monopolizing public attention on a narrative which consists of nothing but confident-sounding assertions and innuendo?

The Herland Report Scandinavian news site, TV channel on YouTube and Podcasts have millions of readers/viewers yearly. It is a great place to watch interviews and read the articles of leading intellectuals, thought leaders, authors and activists from across the political spectrum. The Herland Report believes in freedom of speech and its editorial policy resides above the traditional Left vs Right paradigm which we believe has lost its relevance and ability to describe the current driving forces in Western politics.
Previous PODCAST with #Milo Yiannopoulos: The Left Advocates for Tyranny
Next Cave of Apelles: Interview with Marcus Paus, Romantic Composer among Modernists, Nerdrum School