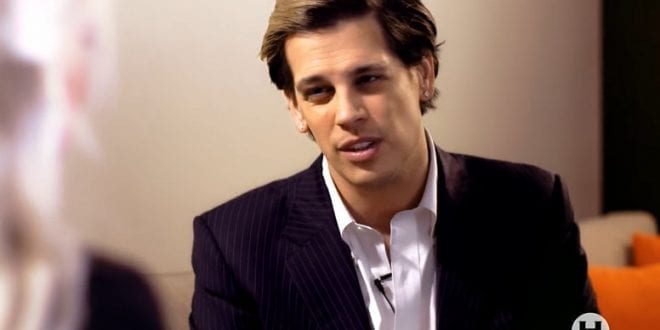 PODCAST with #Milo Yiannopoulos: The Left Advocates for Tyranny

Herland Report PODCAST: Hanne Herland speaks with Milo Yiannopoulos about how the current Leftwing now advocates for tyranny. In several podcasts, Milo addresses the deterioration of American values under the current US elites. The US used to be a melting pot, unified in a national identity regardless of race and creed.

Today, society is divided based on ethnic identity, gender and sexual preferences – tearing the nation apart.

He argues that the aggressive, activist Left has used the first amendment to advocate for tyranny:

“They have used their right to free speech to advocate not for freedom, but for censorship in favor of politically correct elites”

“Free speech is used to advocate for the silencing of groups that have fallen out of favor. The state of the country as it now stands is that the first amendment is under threat like never before.”

The Herland Report news site and TV channel on YouTube is reaching millions, with a surprisingly quick success since its launch not long ago.

Milo also states: “What happened to America is that it became a victim of the First Amendment, of the right to do-say-and-be anything. The aggressive activist Left has used the First Amendment to advocate for Tyranny, which is never what the Founders intended.”

“They have used the right to free speech, through the campus radicals in the 1960’s and 70’s, through the political correctness of the 90’s, and now social justice, the third wave Feminism, Black Lives matter of the 2010’s and inevitably 2020’s.”

“They have used their right to aggressively express themselves, not for freedom, but instead for censorship in favor of politically correct elites.”

“The American Founders never intended for the First Amendment to be advocated for Tyranny. But you have the Left saying, in the most extraordinarily brazen and abusive way, when they come up with sentences such as “masculinity is so fragile” and “kill all white men”, – using their First Amendment rights to advocate for the silencing of groups that have fallen out of favor.”

“This is something that could never not been foreseen by the people that put America together.”

“The state of play in America is that of a country split in two down ideological lines, but mostly down Identity Politics lines.”

“This is a construction and invention of the Progressive Left, dividing us all according to gender, race and all the rest of it. Now there are two countries operating essentially independently.”

She was born and raised in Africa, has lived in Europe, South America, the Middle East, and traveled extensively in Asia. Twitter is pretty much totally shadow banned, but link to site here.