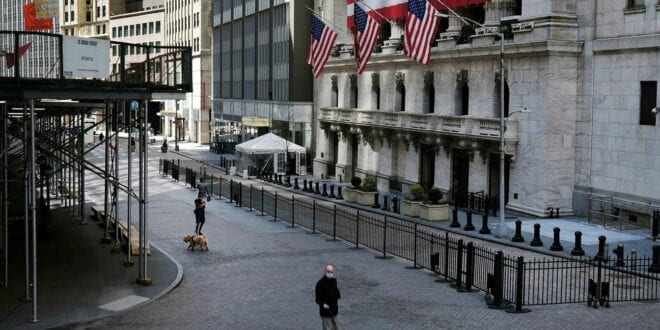 Does Western Civilization Have a Future, or Is It Already in Its Grave?

Herland Report:  Sandia National Laboritories, a US government-funded nuclear weapons developer, requires its white employees to be subjected to indoctrination in training sessions in which critical race theory propagandists tell the white employees they are racists, because they have white privilege due to their skin color.

One of the abused white employees, Casey Peterson, produced a video that rejected the propaganda of systemic white racism and white privilege.

As whites throughout the US experience this sort of abuse from their government and private employers, the video went viral, writes Dr. Paul Craig Roberts, a regular contributor to The Herland Report.

Sandia’s white executives locked Peterson out of Sandia’s email network so that he could not receive support from his 16,000 fellow workers, who have had enough of self-hating white bosses badmouthing white employees.

These self-hating whites “have made it clear that they want to force critical race theory, race-segregated trainings, and white male reeducation camps on their employees.”  All dissent will be severely punished.  Those who accept the reeducation will be the ones promoted. Those who reject their brainwashing will be purged.

This is happening during the Trump administration.  Does this mean that Trump approves of the use of taxpayers’ dollars to force-feed white employees of government funded companies that they are racists?

No.  As a person who spent a quarter century in Washington, I can tell you that presidents know only a small percentage of the decisions government makes during their term of office.  Most of the people in government are serving themselves, not the president and not the public, and they serve themselves by serving private interest groups.

They become lobbyists inside government for private interests. This basic fact makes mincemeat of the liberal hope of a do-good government.

The question that needs an answer is why are the white executives who run Sandia destroying the confidence of white employees in the white race?  If Congress really represented the American people, there would be an investigation.

The corrupt Sandia executives who are using taxpayers’ money to teach their white employees to hate themselves for their racist sins have put Peterson on administrative leave while they try to concoct a case that his “actions have comprised or posed a threat to Sandia computing and security systems.”  Of course, the corrupt anti-white racist executives will find out that Peterson “comprised a threat to the security systems” by objecting to anti-white propaganda.

What is ongoing at Sandia is ongoing at every level of government, state, local, and federal.  It is also going on at private companies, both public and private.  For example, I know a software engineer employed by a private company who had to go to a sensitivity training session where white male employees had to stand up and be identified as oppressors of the female and non-white employees.

There are now large numbers of firms whose service is to denigrate white males at mandatory sensitivity-training sessions that are now part of employment obligations at private, government,  and government funded companies.

Because of the far-reaching popularity of my columns, I receive numerous emails from white male employees describing how much they hate their jobs, because of the hostility of their female and black bosses toward white males.

They pray for an Asian boss—Chinese, Japanese, Korean—because they judge them by performance, not by an anti-white male ideology.  White bosses are unreliable, because they got to be bosses by being self-hating white males.

What I have reported is the facts of today.  Yet we hear continually that being white is a privilege.  This alleged privilege, if it exists, is very rare.  No white male, unless he is self-hating, has white privilege at Sandia National Laboritories.  Nor at my friend’s software company.

In her book, The Blackening of Europe, Clare Ellis describes the ideas that over the decades deracinated the white European ethnicities of confidence in their race, culture and achievements.

This confidence destroying deracination has enabled the ongoing largely unopposed riots and looting in numerous American cities.  The white liberals who govern these cities lack the confidence to maintain law and order. They have been convinced that law and order is a white privilege.

Western Civilization may be in its grave, killed by white liberals and Jews from the Frankfurt School imported into America. But if Trump loses reelection fairly, it will be definite proof that the structure of belief that upholds Western civilization has completelly collapsed, and white people themselves will have voted their own demise.

Previous The Russian defense of Christianity while the West falls to Atheism – WND
Next The Culture War How the West lost its Greatness, by bestselling author Hanne Nabintu