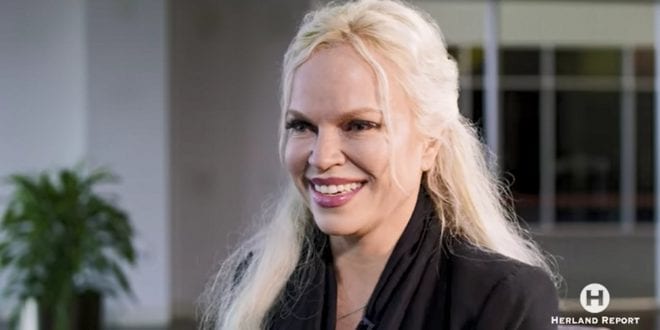 Herland Report: Egoism creates spiritual poverty: A most desperate search for happiness and inner peace now seem to characterize the West, as we muddle through crisis after crisis, many pondering the meaning of life.

Somehow, we seem to have collectively lost the healthy outlook on life that characterize those who are in a mental state of balance.

We now solely pursue the pleasures of the atheist way of life: materialism, wealth and the pursuit of worldly goods – the only values among the godless, writes historian and author, Hanne Nabintu Herland in her regular WND column, the largest Conservative network in America.

The “cancel culture” craze now eats up any remnant of love between the races, as the Western mind slips further away from grasping the peace and mental bliss millions used to find in prayer and traditional religion.

The days of Billy Graham are over, and America struggles to survive – sex and drugs hailed as the road to a better life.

Yet, lasting happiness is and has always been deeply connected to how you treat others. If we stop caring for one another, life becomes hell on earth. Then the working class are abandoned, the poor are uncared for, nobody tends to the fatherless and the widow. Egoism becomes the only rule applied.

The quest is to get rich, regardless of who is trampled to the ground. Solidarity vanishes in such a society, as the fallen Rome saw before us. Even the drug industry turns to feed its very own children with its poisonous death.

Christianity – the now so scorned faith – fights the implementation of selfishness as acceptable, maybe like no other religion. It fights to educate the mind to engage in empathy, in love for the frail.

Egoism creates spiritual poverty: Where there is genuine love, there tends to be a higher level of justice. Benevolent leaders in history have been those who seek to perform justice, to better the conditions for their own people. Such leaders have sought to deliver the most possible justice for all, not only for a small group of wealthy men.

When love for humankind is removed from the equation, and selfish gains accepted as the way forward – with little or no regard for the “little man” or those suffering – hell on earth begins.

The Greek Orthodox monk and elder St. Paisios once told the story of what hell looks like. He said it was to be likened with a table full of food and people sitting around it with long spoons in their hands.

They were thirsty and very hungry, but could not get the spoons into their mouths, as they watched the table of plenty.

Heaven, on the other hand, was filled with wonderful dishes of the most wonderful food, but everyone there had long spoons, too.

They were giving food to each other, one feeding the other, all flourishing from the gift of giving to others what each wished for would be given to him.

The story symbolizes the very essence of humanity when respect for human life and empathy is the ideal. Focusing on selfish gain hinders man from entering a better world.

Yet, money and wealth is not the problem; man’s egoism is. Marxism believes it is a class struggle, but it is not. Evil is in every man’s heart, among the rich as well as the poor. The examples from the Holy Scriptures of David, Daniel, Abraham, Esther, Sarah, Joseph tell the stories of rich, influential politicians, kings and business owners whose examples we should follow.

Egoism creates spiritual poverty: But they were not examples due to their wealth and worldly status. These were leaders for us to follow because of their humility and love for God, their willingness to do what he asked of them.

The aim is always to love. It is to spend your life looking beyond the borders of your own realm of interest, and do kindness to others. Be honest, help. Search out those in need. The aim is to perfect your virtues as a person of honesty and integrity who has an abundance of peace to give.

As Jürgen Habermas puts it, precisely the traditional, Western religious philosophy and ethics seem to be able to provide motivation for the individual to show more empathy and solidarity. It contains the very medicine against selfishness and greed. It is an urgently needed shift as we desperately need to gain moral strength from our historic origins.

Egoism creates spiritual poverty: Also check out these topics at CNN or FOX News. Other sources may be New York Times, USA Today, the Washington Post or from the British angle, BBC, The Guardian, The Telegraph or Financial Times.

Previous Corporate Power: Who Owns the World?
Next The Federal Reserve oligarch owners: Out-sourcing the Monetary System since 1913