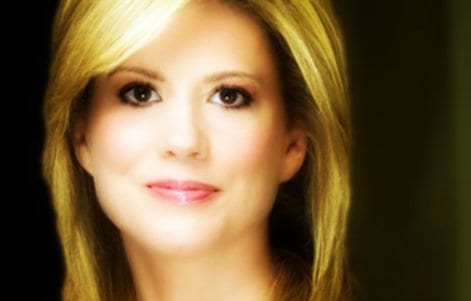 Herland Report : Kirsten Powers points out in The Silencing. How the Left is Killing Free Speech that the increasingly illiberal Left’s silencing campaign is a form of “repressive tolerance,” arguing that New Left guru and intellectual father of the 1968 student revolution, Herbert Marcuse openly spoke of the need to curb freedom of speech in pursuit of left-wing ideological goals.

Marcuse wanted to change “oppressive conditions”, – defined as the ideas of the bourgeoisie, the Christians, the Conservatives. These groups became the enemy. To fight them became the goal.

Marcuse’s words reveal the hidden authoritarian pursuit in this kind of thinking, stating that repressing other worldviews is both necessary and defensible. This became the heart and soul of the New American Left that today permeates the whole Western media with gross intolerance and a remarkable degree of biased propaganda.

The lack of respect for different opinions and the democratic process becomes apparent. Suppression of “regressive” policies – defined as those with traditionalist opinions – was the prerequisite for the strengthening of “progressive” ideas.

The prevalent force by which these philosophers tended to demand uniformity and consensus, is quite shocking. Whilst speaking about the need for “free speech”, the underlying push was to crush the very same principle.

Marcuse’s words on the need for suppression illustrates the blatant lack of respect for free thinking rooted within the New Left, a tendency that later was to bloom into what we today experience as a remarkably illiberal media elite.

As we see, the very foundation of the New Left was stained by authoritarian views and a repressive agenda. Diversity was to be suppressed through limiting tolerance towards the “unwanted” groups in society.

The New Left’s campaign for conformity was coupled with strategies of demonizing and defaming its opponents, hoping that this would silence all opposition.

Kirsten Powers argues that to this day delegitimization through demonizing and intimidation remains the Left’s most successful tactic against political and ideological opponents. So, it seems that “Fake News” is a term that will continue to be stamped on those who embrace diversity. We shall soon find out where this will lead us.

The Herland Report Scandinavian news site, TV channel on YouTube and Podcasts have millions of readers/viewers yearly. It is a great place to watch interviews and read the articles of leading intellectuals, thought leaders, authors and activists from across the political spectrum. The Herland Report believes in freedom of speech and its editorial policy resides above the traditional Left vs Right paradigm which we believe has lost its relevance and ability to describe the current driving forces in Western politics.
Previous Mina Hadjian og Hanne Herland i samtale om hva det vil si å være “utlending” i Norge, Herland Report
Next Regressive Left Dave Rubin: No longer Liberal