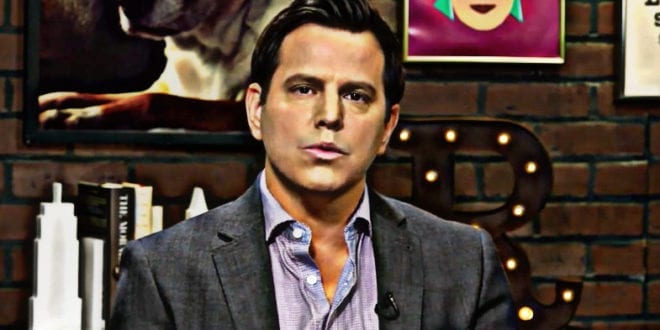 He is vocal about belonging to the Left wing in politics, but grew weary of watching how the Left increasingly turned towards harassment and demonization of its opponents.

What happened to Liberalism as the belief in the right to differ in opinion, he asks in The Rubin Report. When did the Left become illiberal and intolerant?

Follow The Rubin Report and the independent cultural analysis from host Dave Rubin: “The issues I care about most, free speech, rights of the individual, and limited government designed to maximize liberty, have almost nothing to do anymore with the modern American Left. My positions basically haven’t changed, but I’ve watched as my team has gone off the deep end.”

Hear the depressing analysis on how the Left left its values, joined the ultra-rich elites and lost its ability to stand for solidarity and empathy for the weak in society.

The Herland Report Scandinavian news site, TV channel on YouTube and Podcasts have millions of readers/viewers yearly. It is a great place to watch interviews and read the articles of leading intellectuals, thought leaders, authors and activists from across the political spectrum. The Herland Report believes in freedom of speech and its editorial policy resides above the traditional Left vs Right paradigm which we believe has lost its relevance and ability to describe the current driving forces in Western politics.
Previous How the Authoritarian Globalist Left is killing Free Speech – Kirsten Powers
Next The America Tour – interviews with US celebrities