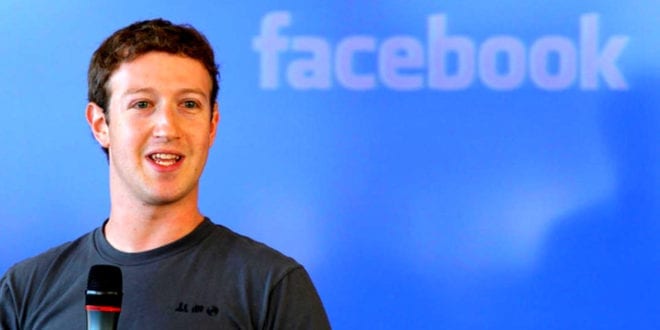 Herland Report: Internet Freedom Shutting Down: As Facebook’s ultra Liberal Mark Zuckerberg again points out that Facebook will continue the change in policy towards “choosing which news content its viewers are to be allowed to watch.”

The continued discrimination against conservative and anti-war sites, making sure they are not viewable on Facebook, represents the sovietization of the West.

Who could possibly have known that the West would turn into the Soviet Union a few years after the fall of the Berlin wall.

We republish an article from September, 2017, when the censorship first set in. The Herland Report was massively hit by this initial cut down of freedom in social media, as was hundreds of other sites:

The shutdown of the freedom of the internet is already far coming as Google, Facebook and internet providers practise shadow banning in order to control the free flow of information.

Internet Freedom Shutting Down: Last year in September, 2017, news sites that show plurality rather than only the one sided focus found in the Mainstream Media, saw a sharp decline in visibility, both on Facebook and with Google:

Internet providers are now deciding which internet sites you can visit and block those that are not “politically correct”.

This has become the degree of totalitarianism we face in the West.

Back in the day, we used to feel sorry for those who lived in the Soviet Union, characterized by strong propaganda and lack of real knowledge of the plurality of opinions and realities in the world. Now, the West is becoming the new Soviet.

Internet Freedom Shutting Down: It is no secret that – for long – the mainstream media has been challenged by ever growing internet sites that challenge the often one-sided information presented in the leading newspapers.

The growing issues with the media being that in the US over 90 % is now owned by only 6 corporations. Back in 1983, the number was around 50 corporations.

The tendency towards consolidation produces an environment in which it becomes very easy for media owners to manufacture consent. Now, the same ultra rich, who own the internet portals and distributors, are slowly shutting down the free space of the internet.

The US Communications Commission has given the internet providers the power to do just that – and more, by scrapping a so-called ‘net neutrality’ law that ensures free and open internet access.

The US could soon face a transformed digital landscape. The Federal Communications Commission wants to end ‘net neutrality’.

The rules from the Obama era asked internet service providers from blocking certain content, charging consumers more and prioritising their own digital content.

Such a change would be a victory for companies such as AT&T, Comcast and Verizon, giving them power to decide what content consumers get and at what price.

Internet Freedom Shutting Down: ‘As a consequence of implementing new rules for censoring the free internet access, a number of the leading sites featuring other explanations than what is found in the Mainstream Media, fell dramatically in August, 2017.

This comes as a result of Google implementing serious changes in its search tools, featuring the news outlets that are considered to be “politically correct” rather than allowing plurality.

Google’s actions demonstrate that a combination of techniques are used to block access to sites that voice opinions contrary to what is deemed to be “politically correct” in the Mainstream.

The practice of “reporting sites” and “creating negative reviews” – a widespread Wikipedia phenomenon for years – gives the wished for sites a negative connotation on Google.

New systems of programming “teach the computers” to think like the Mainstream narrative, so that the undesired sites get negative reviews which ensures that their articles either are down graded or completely hidden.

A number of other news sites have reported the same. From having thousands of LIKES from Facebook, August 2017 saw a sharp drop to “55 LIKES”.

From having hundreds of comments, there are post August suddenly “5 comments”.

This may be interpreted as a clear indication of the ongoing discrimination of the views and interests of the Western population as they are denied the right to view and comment on sites that concurs with their views.

There is no need to say that the development is highly disturbing.

Are we seeing the end of free speech in the West and the introduction of precisely the kind of system so well described in George Orwell’s 1984 or Aldous Huxley’s Brave New World?