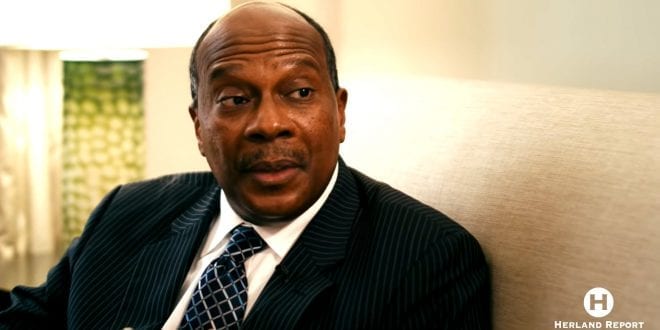 PODCAST with Dr. Reginald Davis: The US Empire is Falling

Herland Report Podcast host, Hanne Herland speaks with Dr. Reginald Davis about the faltering state of the United States, globalist elites and the US empire.

Dr. Davis is a professor at multiple universities, author, frequent radio guest and lecturer all over

America, pastor of the historic First Baptist Church in Virginia.

“When one looks at the rise and decline of the Roman Empire, there was a decline in morality, decline in values, an overreach of military installations.”

“You had economic problems, a dependence on cheap labor, a division in the government and then you had greed on top of that.”

“So, when we begin to look at what is happening in America and parallel that to the rise and decline of the Roman Empire, we see that the parallels are very frightening.”

Dr. Reginald Davis elaborates: “When you look at Wall Street, for instance, who made deals and put this country in a financial crisis, the housing crisis and all of these executives, no one was held accountable for that. In fact, the government stepped in and assisted them, but left Main Street holding the bank.” The Herland Report is a Scandinavian news site and TV channel on YouTube, reaching millions yearly, presenting leading intellectuals’ view on foreign policy, current affairs, the Middle East, Western decadence, featuring a variety of opinion and analysis from a number of commentators from across the political spectrum.

The Herland Report is founded and hosted by Hanne Nabintu Herland, a historian of comparative religions, bestselling author, commentator and TV producer, known from the media for sharp analysis and fearless speech. TWITTER and PODCAST.