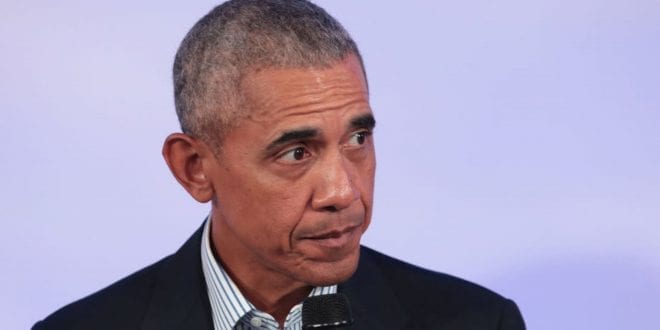 Herland Report: The long list of coverups, the criminal investigation of the Russiagate hoax, the Obama regime FISA court violations and seemingly endless hearings in Congress all speak for the terrible state of the American justice system today.

If you add the impeachment theatre, probably designed to create more confusion than ever before, the United States is at an all time high divisiveness and internal conflict.

Former US Attorney Joe diGenova predicts that US Justice (sic) Department Inspector General Michael Horowitz’s report on the Obama regime’s FISA court violations and US Attorney John Durham’s criminal investigation of the Russiagate hoax perpetrated by the CIA, FBI, Democratic National Committee, and presstitute media, will be “very bad for people in the Obama administration. . . . it’s going to be devastating . . . it’s going to ruin careers.”

Another sign that a coverup is in place is Attorney General Barr’s assurance that Jeffrey Epstein killed himself and that evidence to the contrary is just a series of coincidences that, misunderstood, resulted in a conspiracy theory. Caitlin Johnstone gives this short shrift.

For the sake of accountable government, I hope that Mr. diGenova is right. But I have my doubts. Cabinet departments and government agencies are not very good at investigating themselves.

Attorney General Barr’s job is to protect his department. He knows, and will be often told, that to bring indictments against Justice Department officials would discredit the Justice Department in the public’s mind. It would affect the attitude of juries toward DOJ prosecutions.

John Durham knows the same thing. He also knows that he will create a hostile environment for himself if he indicts DOJ officials and that when he joins a law firm to capitalize on his experience as a US Attorney, he will not receive the usual favors when he represents clients against DOJ charges. Horowitz knows that his job is to coverup or minimize any illegalities in order to protect the Department of Justice from scandals.

In Washington coverups are the rule, and the DOJ coverup might already have begun. One sign of a coverup is to announce a future release date of the report. This has now occurred with Horowitz’s report on the FISA violations.

The purpose of such announcements is to allow the report to be discredited in advance and to be old news by the time it appears.

Another sign of a coverup is the use of leaks to shift the focus from high level officials to lowly underlings, and this has happened with the Horowitz report, which has leaked that a low level FBI attorney is under criminal investigation for allegedly falsifying a document related to the surveillance of former Trump campaign official Carter Page in 2016.

According to the leak, the FBI attorney has acknowledged that he did alter the document. In other words, it seems we are being prepared for a false story that the plot against Trump originated in lower levels and not with CIA Director John Brennan, FBI Director James Comey, FBI Deputy Diretor Andrew McCabe, Deputy Attorney General Rod Rosenstein, and Deputy Attorney General Sally Yates, and the rest. This is the way the coverups of the US torture prison, Al Ghraib, in Afghanistan was handled and the My Lai massacre in Vietnam.

Only the underlings take the hit as if they were in charge acting on their own, independently of their superiors.

Another sign that a coverup is in place is Attorney General Barr’s assurance that Jeffrey Epstein killed himself and that evidence to the contrary is just a series of coincidences that, misunderstood, resulted in a conspiracy theory. Caitlin Johnstone gives this short shrift.

Barr claims to have personally reviewed security footage that no one entered the area where Epstein was imprisoned. Previously we were told that the security cameras were not turned on, so what security footage did Barr review? Can the rest of us see the “evidence”?

Barr also in his prouncement evaded the remarks of the Chief Medical Examiner, who stated clearly that the damage to Epstein’s neck is not consistent with suicide but is associated with strangulation.

There was no reason whatsoever for Epstein to kill himself. He had so much dirt on the Western political elite that he could not be given his day in open court. So he was murdered. The question is, why was he picked up and murdered?

Was he using the pedophile information to exact blackmail payments from those he had provided with underage sex? Is it possible for an elite society to be more corrupt than the Western elite society is? How can the West survive when its elites are corrupt beyond comprehension?

That Epstein did not kill himself is completely obvious, so when AG William Barr covers up Epstein’s murder, this is an indication that he will cover up the military/security complex/DNC/presstitute coup against President Trump.

From what I know of Washington, I am certain that Washington, the cesspool of the world, will never rat on itself.

Dr. Paul Craig Roberts is the chairman of The Institute for Political Economy, former associate editor of the Wall Street Journal, and a well known author of many books. He is also a regular contributor to the Herland Report news site as well as The Herland Report TV Show. He has had careers in scholarship and academia, journalism, public service, and business. He has been awarded the Treasury Department’s Meritorious Service Award for “his outstanding contributions to the formulation of United States economic policy.”
Previous PODCAST Social Conservatism Makes You Care – Bishop Harry Jackson
Next Jeffrey Epstein, murder or murder or…suicide?