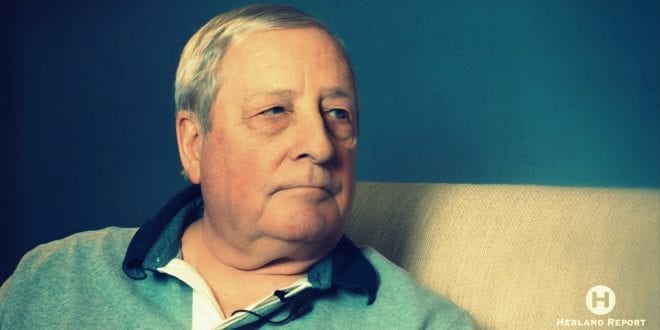 Herland Report has been engaged in discussing American corruption on State level for quite some time.

We have numerous TV programs on YouTube with leading senators, politicians, CIA and DIA directors, Judicial Watch leaders, authors, Black Lives Matter and more on the subject of American corruption.

Many ask why we do not cover the impeachment process the same way we covered Russia Gate. For one, it is the same attempted coup or mutiny agents, the same players, the same media with the same type of endless confusion, lies, distortions, allegations, endless “hearings in Congress”, endless rumors presented as truth and a Nancy Pelosi equally endlessly angry.

We think that Dr. Paul Craig Roberts says it best: The answer is that there are no grounds for impeachment. This is a purely partisan exercise of power by the House Democrats and the presstitutes.

Please read the article below, by Dr. Phil Giraldi, who is a regular contributor to The Herland Report TV conversations, discussing current affairs:

The real “deplorable” in today’s United States is the continuation of a foreign policy based on endless aggression to maintain Washington’s military dominance in parts of the world where Americans have no conceivable interest.

Many voters backed Donald J. Trump because he committed himself to changing all that, but, unfortunately, he has reneged on his promise, instead heightening tension with major powers Russia and China while also threatening Iran and Venezuela on an almost daily basis, writes Executive Director of the Council for National Interest, Dr. Phil Giraldi.

So, was there a broad ranging conspiracy against Donald Trump orchestrated by many of the most senior officials and politicians in Washington? Undeniably yes.

One can only hope that investigators dig deep into what is Washington insiders have been up to so Trumpgate will prove more interesting and informative than was Russiagate.

Now Cuba is in the crosshairs because it is allegedly assisting Venezuela. One might reasonably ask if America in its seemingly enduring role as the world’s most feared bully will ever cease and desist, but the more practical question might be “When will the psychopathic trio of John Bolton, Mike Pompeo and Elliott Abrams be fired so the United States can begin to behave like a normal nation?”

Trump, to be sure, is the heart of the problem as he has consistently made bad, overly belligerent decisions when better and less abrasive options were available, something that should not necessarily always be blamed on his poor choice of advisers.

But one also should not discount the likelihood that the dysfunction in Trump is in part comprehensible, stemming from his belief that he has numerous powerful enemies who have been out do destroy him since before he was nominated as the GOP’s presidential candidate.

This hatred of all things Trump has been manifested in the neoconservative “Nevertrump” forces led by Bill Kristol and by the “Trump Derangement Syndrome” prominent on the political left, regularly exhibited by Rachel Maddow.

And then there is the Deep State, which also worked with the Democratic Party and President Barack Obama to destroy the Trump presidency even before it began. One can define Deep State in a number of ways, ranging from a “soft” version which accepts that there is an Establishment that has certain self-serving objectives that it works collectively to promote to something harder, an actual infrastructure that meets together and connives to remove individuals and sabotage policies that it objects to.

The Deep State in either version includes senior government officials, business leaders and, perhaps most importantly, the managed media, which promotes a corrupted version of “good governance” that in turn influences the public.

Whether the Mueller report is definitive very much depends on the people they chose to interview and the questions they chose to ask, which is something that will no doubt be discussed for the next year if not longer. Beyond declaring that the Trump team did not collude with Russia, it cast little light on the possible Deep State role in attempting to vilify Trump and his associates.

The investigation of that aspect of the 2016 campaign and the possible prosecutions of former senior government officials that might be a consequence of the investigation will likely be entertaining conspiracy theorists well into 2020. Since Russiagate has already been used and discarded the new inquiry might well be dubbed Trumpgate.

The media has scarcely reported how Michael Horowitz, the Inspector General of the Department of Justice (DOJ), has been looking into the activities of the principal promoters of the Russiagate fraud. Horowitz, whose report is expected in about a month, has already revealed that he intends to make criminal referrals as a result of his investigation.

While the report will only cover malfeasance in the Department of Justice, which includes the FBI, the names of intelligence officers involved will no doubt also surface. It is expected that there will be charges leading to many prosecutions and one can hope for jail time for those individuals who corruptly betrayed their oath to the United States Constitution to pursue a political vendetta.

A review of what is already known about the plot against Trump is revealing and no doubt much more will be learned if and when investigators go through emails and phone records.

The first phase of the illegal investigation of the Trump associates involved initiating wiretaps without any probable cause.

The British support of the operation was coordinated by the then-director of GCHQ Robert Hannigan who has since been forced to resign.

Brennan is, unfortunately still around and has not been charged with perjury and other crimes. In May 2017, after he departed government, he testified before Congress with what sounds a lot like a final unsourced, uncorroborated attempt to smear the new administration:

“I encountered and am aware of information and intelligence that revealed contacts and interactions between Russian officials and U.S. persons involved in the Trump campaign that I was concerned about because of known Russian efforts to suborn such individuals. It raised questions in my mind whether or not Russia was able to gain the co-operation of those individuals.”

Brennan’s claimed “concerns” turned out to be incorrect. Meanwhile, other interested parties were involved in the so-called Steele Dossier on Trump himself.

The dossier, paid for initially by Republicans trying to stop Trump, was later funded by $12 million from the Hillary campaign. It was commissioned by the law firm Perkins Coie, which was working for the Democratic National Committee (DNC).

The objective was to assess any possible Trump involvement with Russia. The work itself was sub-contracted to Fusion GPS, which in turn sub-contracted the actual investigation to British spy Christopher Steele who headed a business intelligence firm called Orbis.

Steele left MI-6 in 2009 and had not visited Russia since 1993. The report, intended to dig up dirt on Trump, was largely prepared using impossible to corroborate second-hand information and would have never surfaced but for the surprise result of the 2016 election. Christopher Steele gave a copy to a retired of British Diplomat Sir Andrew Wood who in turn handed it to Trump critic Senator John McCain who then passed it on to the FBI.

President Barack Obama presumably also saw it and, according to Director of National Intelligence James Clapper, “If it weren’t for President Obama, we might not have done the intelligence community assessment that we did that set off a whole sequence of events which are still unfolding today, notably, special counsel Mueller’s investigation.”

The report was leaked to the media in January 2017 to coincide with Trump’s inauguration. Hilary Clinton denied any prior knowledge despite the fact that her campaign had paid for it.

Pressure from the Democrats and other constituencies devastated by the Trump victory used the Steele report to provide leverage for what became the Mueller investigation.

So, was there a broad ranging conspiracy against Donald Trump orchestrated by many of the most senior officials and politicians in Washington? Undeniably yes.

What Trump has amounted to as a leader and role model is beside the point as what evolved was undeniably a bureaucratic coup directed against a legally elected president of the United States and to a certain extent it was successful as Trump was likely forced to turn his back on his better angels and subsequently hired Pompeo, Bolton and Abrams.

One can only hope that investigators dig deep into what is Washington insiders have been up to so Trumpgate will prove more interesting and informative than was Russiagate. And one also has to hope that enough highest-level heads will roll to make any interference by the Deep State in future elections unthinkable. One hopes.

Dr. Phil M. Giraldi, is the
Executive Director of the Council for the National Interest, that seeks a more interests-based U.S. foreign policy in the Middle East. He is a former counter-terrorism specialist and military intelligence officer in the US Central Intelligence Agency, a columnist and television commentator. He spent over twenty years overseas in Europe and the Middle East working terrorism cases and holds a BA with honors from the University of Chicago, an MA and PhD in Modern History from the University of London.
Previous Impeachment by Idiot House Democrats and corrupt FBI, CIA, NSA – Paul C. Roberts
Next Dag Solhjell: How the State Established Fine Art: Cave of Apelles from Nerdrum School