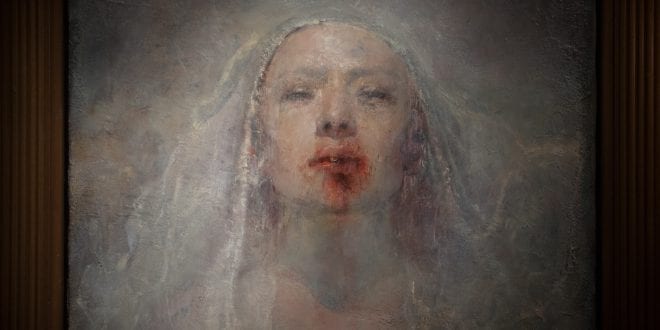 Herland Report: Cave of Apelles invites Art sociologist Dag Solhjell to discuss topics such as the State’s role in establishing Fine Art, as well as the relation between the invention of Art and the appearance of kitsch. Produced by Bork Spildo. Host Jan-Ove Tuv points out how culture politics may politicize culture, and asks Solhjell to explain what happened in Norway with the establishment of the different culture institutions.

According to Solhjell, the establishment of Art academies was essential:

– In all European countries, what really triggered the development of a kind of independence, or this small society within the larger society, was the establishment of Art academies in the 18th and the beginning of the 19th centuries. Because they were state governed, either by the kings, or the tsars, or by democratic governments.

It was a kind of association where the members were elected based on quality, training etc. – The government let these members decide what quality was, Solhjell explains.

– They basically acknowledged them as representatives of good quality and then gave them the official position as experts?, Tuv asks.

Solhjell agrees: – These academies were given the power to decide in all aesthetic matters within the state, within its current country.

When Art museums began to be established, for instance, these people from the Art academies were very often put in governing positions. They developed a large power, Solhjell states.

– The most visible sign of this power were the annual exhibitions where the Art academy acted as a jury, he says.

Jan Ove Tuv points out that many of the culture institutions, such as the National Theatre in Norway, were private in the beginning, but were quickly taken over by the State.

According to Solhjell, it is a common trait, at least in Norwegian tradition, that in the beginning, private individuals take an initiative, and when this initiative has been established and proved its cultural worth, the state is invited to take over.

– But by doing that, they will also reduce some of the independence of the private actors, he adds.

It is common to mention the government’s support of national romanticism in the 19th century, when arguing in favor of state supported culture. Tuv twists the argument and asks rhetorically, not what works that were made due to the support from the state, but rather what kinds of works were not made.

Solhjell responds by pointing out a possible escape route from the Art Police:

– The private market functions in a way that every taste you an I and everybody else will have, will be satisfied by a private gallery, Solhjell says and continues:

– The private galleries let the taste of the audience meet those that suit this taste, and they take care of the economy of each producer in this way. And this is a possibility for them to escape – at least financially – the Art police, which is very exclusive. The market is a safe haven for those that are not elected by “academies,” by the elite of Artists.

Tuv asks his guest to explain some of the theories in his newest book This is Art (yet only published in Norwegian, with the title Dette er kunst).

Solhjell explains how there are three powers at play within the field of Art:

– This symbolic power, artistic recognition, is not innocent. The judgment of quality is not innocent because it implies economic consequences for the producer on the Art market, Solhjell says and elaborates:

Host Jan Ove Tuv mentions the so-called “Academy Battle,” where it was attempted to establish a classical figurative study at the Art Academy in Oslo in the 1990s. The attempt was met with much aggression from the Art elite. Tuv asks Solhjell about his point of view on this interesting story.

– This conflict happened when young painters wanted to work classical figuratively. They saw that their teachers could not draw a hand. They had not the classical education that was demanded in the past, says Solhjell.

This demand for Academy professors that were trained in drawing was considered so important by the Minister of Education, that he decided to establish two professorships in classical figuration. However, the initiative was met with an aggressive impulse, Solhjell explains.

He explains what became a large conflict within the field of Art:

Jan-Ove Tuv introduces the book by Larry Shiner, The Invention of Art, which explains how the concept of Fine Art was established and according to what principles.

Solhjell uses the opportunity to explain how he as an Art sociologist is not asking “What is exhibited?,” but rather “What is exhibiting?”. That is, he studies what it is that points out something as Art.

– Would you agree that basically, the whole Greek way of thinking – and I’m including the Renaissance and the Baroque in that – is what is shoved out or repressed with the concept of Fine Art, and then later becomes labeled “kitsch”? asks Tuv.

– I think so, answers Solhjell and continues:

– We must take care in not using anachronistic concepts. So, the concept of Fine Art is a rather recent invention. And the Fine Art was the art that produced beautiful objects, and it was beautiful objects where the production involved not only technique, but also knowledge and inspiration.

One could not point to a work and call it “Art” until the second half of the 19th century, he states.

– But gradually, the word “Art” was used about the result of art. This opened, in my opinion, for something like this, Solhjell says and points to the cover of Shiner’s book picturing an iron with nails, made by a 20th century Artist.

Solhjell mentions an example of a medieval crucifix that is put into a museum. In the church it is used to kneel in front of. In a museum, however, one says “This is gothic”. It changes in the frame of understanding. It is no longer established as a religious object, but a work of Art.

According to Solhjell, it is similar to the concept of a nailed iron as a work of Art. One puts an unusable iron into a museum, and then it is regarded as Art.

– This new concept opened the way for conceptual Art, which is totally dependent on the pointing.

– Is is true that you once said that Duchamp’s Urinal was a grenade, while Nerdrum’s Kitsch term was an atom bomb?

– No, but I wish that I had said that, Solhjell laughs.

Tuv mentions a story about the Norwegian sculptor Per Ung, who had an exhibition. A critic wrote that “Mr. Ung was not very original and quite sentimental, but that is okay in kitsch.”

– That was right after the publication of the book On Kitsch. […] It was one of the first times the sculptor got a fair review, Tuv says.

– We’re talking about an “arm’s length distance” between the State and Art – and this principle is still valid today in most democratic countries, says Solhjell when elaborating on the relation between the state and culture.

– You talk about arm’s length distance, but to me, that is quite short when the experts that are given the authority by the State, have certain Art rules that they apply in every case. So we do not get this sort of “democratic” cultural life where all kinds of expressions are allowed. Do you see that as a problem?, asks Tuv.

– The idea is to secure objectivity, adds Tuv.

– Not objectivity, but more a change in subjectivity, Solhjell specifies before he adds:

He concludes that the arm’s length distance is less now than it was 20 years ago.

– This intermediate body, whether it consists of Artists or curators, will never favor kitsch, Solhjell states.

Tuv describes his ideal cultural life: – To avoid what I see as political propaganda favoring and also furthering of values that I disagree with, and also values that I agree with – I think the state should not be involved with that at all. What do you think of that solution?

– Any state needs Artists that are widely accepted, internationally accepted as great Artists. Because for a state, having Artists that are greatly acclaimed. […] There’s always an aspect of international policy behind cultural policy, and your system, where the state withdrawing from any support, any programs, any interest, is not viable, says Solhjell.

Tuv stresses why he finds it important for the state to withdraw from any involvement with culture. He mentions several examples, from theatre plays to paintings, that have a clear political message – the politically correct message. Common for all is that they are sponsored by the state.

– Do you recognize the problematic propaganda, or am I making this into something too big?, asks Tuv.

– This problem is present everywhere, and always. And you cannot do anything with it without interfering with the independence of cultural institutions, so we have to live with such tendencies, says Solhjell, adding that the tendencies go in many directions.

Previous Conspiracy against Trump maintain Washington’s military dominance, Dr. Phil Giraldi
Next Christianity is the most Persecuted Religion in the World 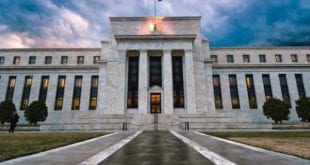