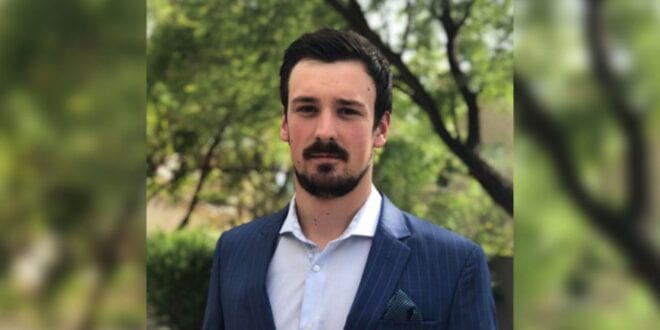 Herland Report: The killing of PARLER, one of the social media sites that are currently challenging Twitter, clearly illustrates the degree of Soviet style censorship now gripping the Western hemisphere.

As the US state leader, President Trump is now effectively banned from Twitter, Facebook, Instagram and other social networks partly removing his speeches and so on, the Big Tech tyranny is officially on.

We live in a West where boys that played with toys in their college dorms a few years ago, are now one of the world’s richest men with power to shut down the free speech of presidents. #MarkZuckerberg.

The Parler Social Network CEO, John Matze has responded to Amazon kicking the platform off their hosting services, calling it an attack on competition.

As late as November, 2020, the Big Tech companies faced lawsuits attempts to break up the massive monopolies. Deleting president Trump may be viewed as a retaliation, hoping to shut down any attempts to remove power from these monopoly structures in the West.

And now, as David Harris reports, Amazon has announced that they will no longer be hosting Parler on its servers and it could take a week or more to find a suitable platform and to set it up.

Until then, Parler will be off the net. Then they should levy fines large enough to make it hurt. The revocation of Section 230 will also be a must. But don’t expect anything to happen within the next four years.

Matze concluded that “this was a coordinated attack by the tech giants to kill competition in the market place. We were too successful too fast. You can expect the war on competition and free speech to continue, but don’t count us out.”

The killing of PARLER: Attack By US Tech Monopoly to End Free Speech: The 2020 election was greatly aided by the Big Tech companies because they did not allow competing narratives or the truth about the Biden scandals.

A poll found that 17% of Biden voters would not have voted for him had they been aware of the Bidens’ connections to China or the contents of Hunter’s laptop.

From The Gateway Pundit: “The ban goes into effect on Sunday, effectively shutting down the platform that conservatives have flocked to since the big tech giants began banning conservatives.

In a post on Parler, Matze wrote that “Sunday (tomorrow) at midnight Amazon will be shutting off all of our servers in an attempt to completely remove free speech off the internet.

There is the possibility Parler will be unavailable on the internet for up to a week as we rebuild from scratch. We prepared for events like this by never relying on amazons proprietary infrastructure and building bare metal products.”

“We will try our best to move to a new provider right now as we have many competing for our business, however Amazon, Google and Apple purposefully did this as a coordinated effort knowing our options would be limited and knowing this would inflict the most damage right as President Trump was banned from the tech companies,” the statement continued.”

Previous We are watching the American Color Revolution under the guise of a presidential election?
Next Banning state leaders, going totalitarian will end Big Tech